TAOISEACH Micheál Martin was in attendance as The Royal Cork Yacht Club recently celebrated it’s tricentenary with a weekend of festivities.

Mr Martin joined the club’s Admiral Colin Morehead on Saturday, August 28 to salute 300 years of sailing in Cork at a Tricentenary Maritime Parade across Cork Harbour.

They reviewed a stunning spectacle of 100 colourful yachts on board the LE Roisin, after greeting the sailors and families on the water.

The naval vessel was anchored alongside the Irish Naval Headquarters at Haulbowline Island, where the Water Club of the Harbour of Cork (now the Royal Cork Yacht Club) was founded back in 1720.

The Taoiseach and Admiral were joined by a host of dignitaries to mark the momentous occasion, including the Mayor of the County of Cork Cllr. Gillian Coughlan, Minister for Foreign Affairs and Minister for Defence Simon Coveney TD, the Lord Mayor of Cork Cllr. Colm Kelleher, Flag Officer Commanding Naval Service Commodore Michael Malone, Ann Doherty, Chief Executive, Cork City Council, CEO of Irish Sailing Harry Hermon, CEO of AIB Colin Hunt, the premiere sponsor of the Regatta and Cork300, and key sponsors. 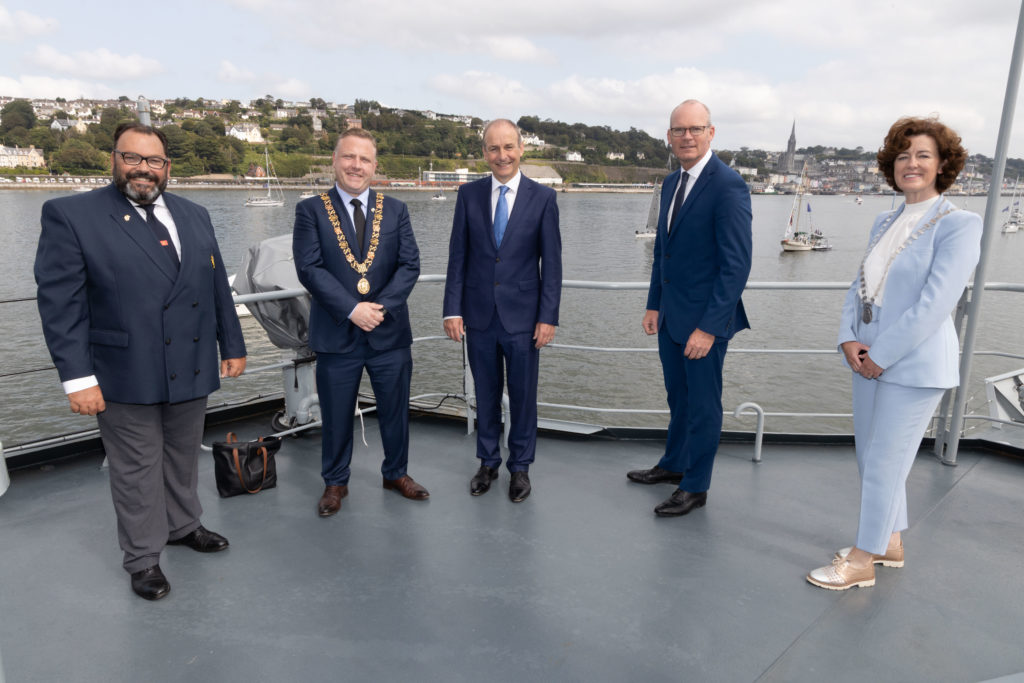 The Maritime Parade was followed by the biggest sailing event of the year in the Royal Cork calendar, the AIB RCYC Tricentenary Regatta, with racing officially started by the Taoiseach, after which an Admiral’s Lunch was held at the Crosshaven club.

The Regatta continued for the rest of the weekend.

The tricentenary events were originally scheduled to take place in 2020 as part of a phenomenal Cork300 celebration across Cork Harbour to celebrate the sailing club’s 300th anniversary and heritage as the oldest club in the world.

However, they had to be postponed because of the Covid-19 pandemic and many of the larger high profile international events, such as The Great Gathering, the Powerboat Festival, and Volvo Cork Week, which were set to attract thousands of sailors and competitors from around the globe, could not be rescheduled. 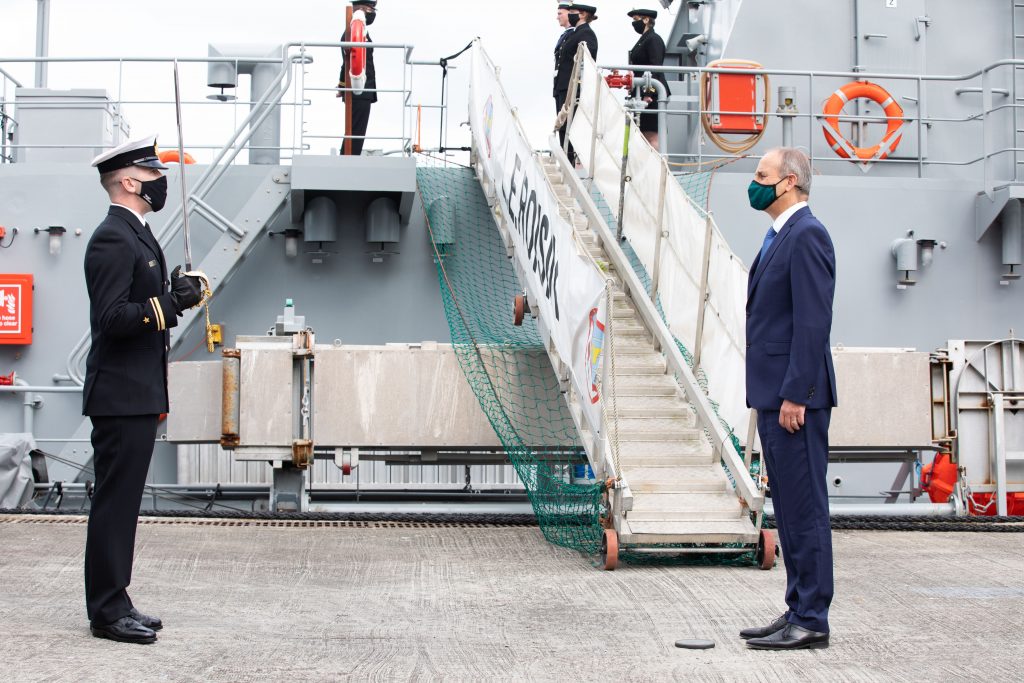 Social distancing measures were in place during the commemorations

Mr Martin said of the anniversary: “This is a truly significant historic milestone for the Royal Cork Yacht Club, Cork Harbour, and the sailing community worldwide, so it is truly an honour to celebrate where it all began.”

He added: “Although many events to mark the milestone were cancelled or postponed over the last year, the legacy from Cork300 will live on.

“The Royal Cork has positioned Cork Harbour as one of the most desirable locations in the world for sailing events, and hopefully this will help secure Ireland’s bid to host events like the America’s Cup here.”

Admiral of the Royal Cork Yacht Club and Chairman of Cork300 Colin Morehead added: “The Royal Cork is delighted to be in a position to put on a weekend of celebratory events to mark the club’s tricentenary one year on.

“We are of course disappointed not to be joined by our international comrades and thousands of spectators as originally planned, but we hope we have left them with a desire to visit Cork when life returns to normal.”

He said: “It’s a privilege to be here today to celebrate this historic event with the Royal Cork, the Taoiseach and the naval service.”