ON THIS day 41 years ago, the Pope visited Ireland for the first time.

Despite Ireland being a Catholic country for around 1500 years, no Pope had visited the Emerald Isle before, and the arrival of Pope John Paul II drew more than one million people to the capital city.

The head of the Catholic Church arrived by an Aer Lingus plane aptly named St Patrick, and upon embarking the plane, kissed the ground. 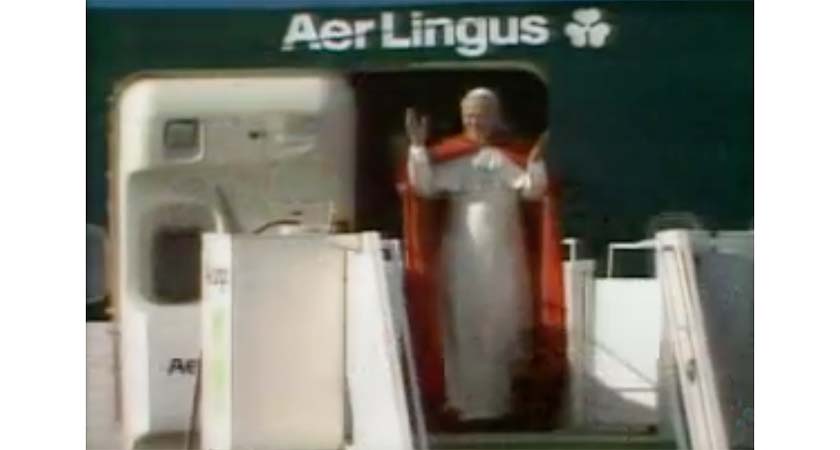 After meeting with Patrick Hillery, the Irish President at the time, the Pope flew to Phoenix Park in Dublin-- a massive green area which dwarfs even the size of New York's Central Park.

Despite the enormity of the park however, there was barely enough room for the Irish people; an estimated 1,250,000 people flocked to the capital from everywhere in Ireland to hear the Pope say Mass.

To put that in context, the entire population of Ireland at the time was just over 3,300,000-- it is believed to be the largest gathering of people in Ireland's history. 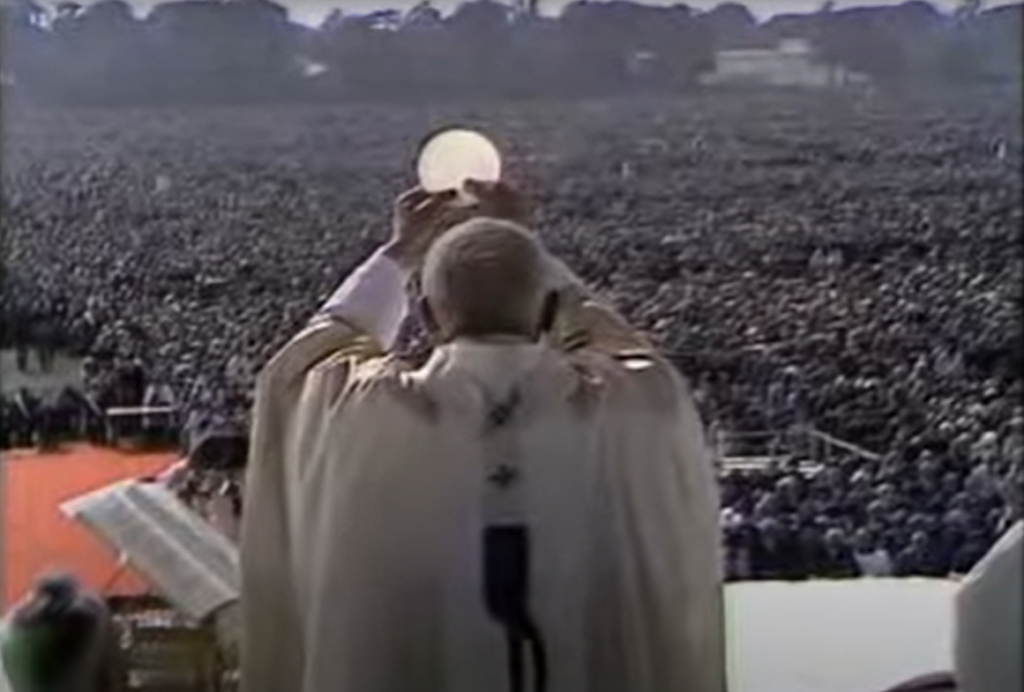 But as the Pope visited different areas in Ireland, including Knock, Limerick, Drogheda, Offaly, Galway and Kildare, more people flocked to see His Holiness, at an estimated of 2.7 million people-- almost every single person registered as living in Ireland at the time.

At the time of his visit, the 'Troubles' in Northern Ireland were at their most brutal, and the Pope also urged "all men and women engaged in violence" to stop fighting.

"I appeal to you, in language of passionate pleading. On my knees I beg you, to turn away from the path of violence and to return to the ways of peace," the Pontiff pleaded.

A video of the incredible reaction to the Pope's visit in 1979, when Ireland was still an ultra-Catholic country, can be viewed below.

The second-ever Papal visit to Ireland came with Pope Francis in 2018, but the difference in the visits was stark.

While thousands of people attended to greet the Pontiff, thousands more gathered at the Garden of Remembrance to show solidarity with all those who had suffered abuse at the hands of the Catholic Church, including children and the women held in captivity at Magdalene Laundries.

While Pope John Paul II pleaded for peace in Northern Ireland, Pope Francis pleaded for forgiveness "for the abuses in Ireland".

“Abuses of power, conscience, and sexual abuse perpetrated by members with roles of responsibility in the Church."

But while Irish society has changed, hundreds of thousands of people-- whether they were young children or adults at the time-- still remember with fondness the incredible spectacle as Pope John Paul II arrived in Ireland in September 1979.