ADAM KING and his siblings have received a very special gift from US Astronaut Chris Hadfield.

Six-year-old Adam stole the nation's hearts when he appeared on November's Late Late Toy Show with a 'virtual hug' for everyone in the audience.

The space-obsessed youngster explained that it was his dream to work for NASA, although he could not become an astronaut due to having brittle bones.

Adam left the show that night as a star, and his pure optimism and joy gave the nation's spirits a lift-- and An Post even turned his 'virtual hug' into a special stamp to appear on Christmas letters in the run-up to the festive season.

Now, Adam has received a very special gift of his own from one of his heroes, as US Astronaut Commander Chris Hadfield sent a message of support to Adam and his siblings.

Adam's family took to Twitter where they revealed the "lovely present", writing "Thank you so much [Chris Hadfield] for the lovely present you sent Adam and his siblings -- they were absolutely delighted!

"Such inspiring messages from an amazing human being.

Thank you so much @Cmdr_Hadfield for the lovely present you sent Adam and his siblings - they were absolutely delighted! Such inspiring messages from an amazing human being. Our children are blessed to have met you 👨‍🚀😊🚀

"Our children are blessed to have met you.

"Sending you the biggest #adamsvirtualhug."

Images alongside the tweet show a delighted Adam with his brothers and sister, proudly holding a signed photo of Commander Hadfield, who had written:

"To my friend, Adam.  Pursue your dreams!" 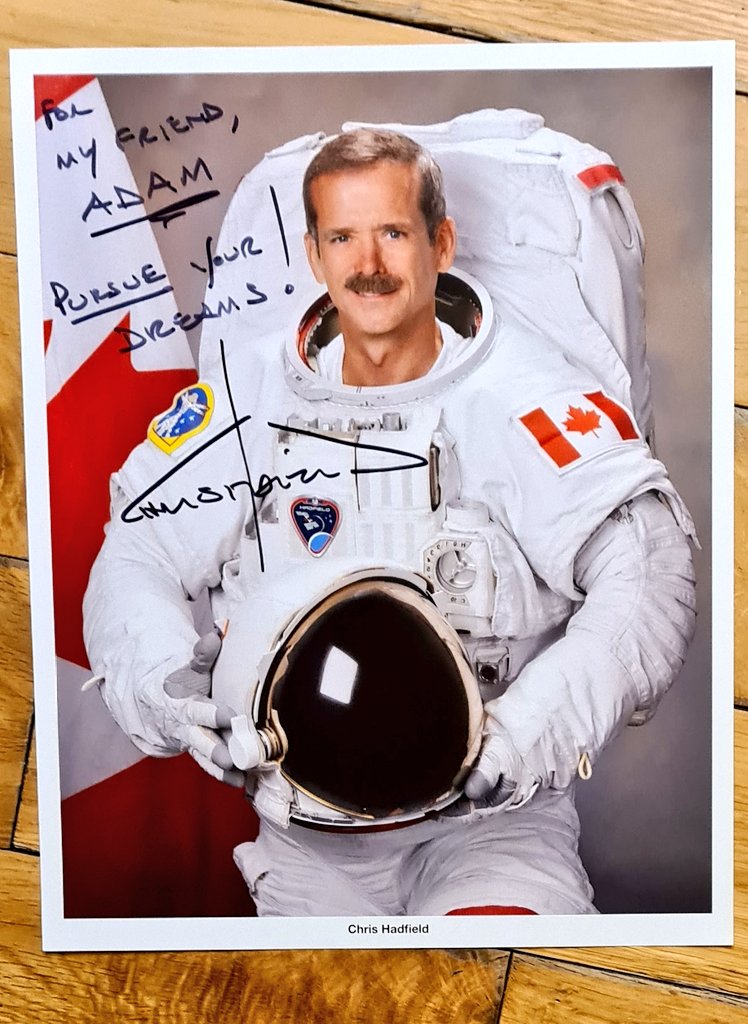 The thoughtful gift clearly made Adam and his family happy, but it also had the effect of lifting others' spirits too, as dozens of people flocked to the comments to share messages of support.

"A good news story will brighten up any dark day," one person, Oonagh Garland, wrote. "Such a kind gesture."

"Hats off for including Adam's siblings too," Lorraine Dempsey wrote. "What a gorgeous soul you are."

"So nice of you to do this for Adam, please God you can all met up when Covid 19 is under control," another woman wrote, adding what everyone else was thinking:

"This wee boy has stolen my heart."