‘When I die Dublin will be written in my heart’ - the sentiment of James Joyce about the city that influenced much of his life’s work.

A bust - by US sculptor Marjorie Steele-Fitzgibbon - honouring the influential poet and novelist lies on the south side of St Stephen’s Green facing Newham House (the Museum of Modern Literature opened here on September 19), where just a few doors down you’ll discover a gem that is Stauntons on the Green.

Dublin is a city steeped in Georgian history – both in its politics and architecture.

Stauntons is a respectful nod to that period - a row of Georgian townhouses that have been transformed into a hotel.

It would be difficult not to notice the details that only centuries of history can create at this elegant property, located on 82-84 St Stephen’s Green.

From the original redbrick façade and wrought iron railings you’ll find yourself immersed in the charming character of Georgian Dublin from the moment you step inside. 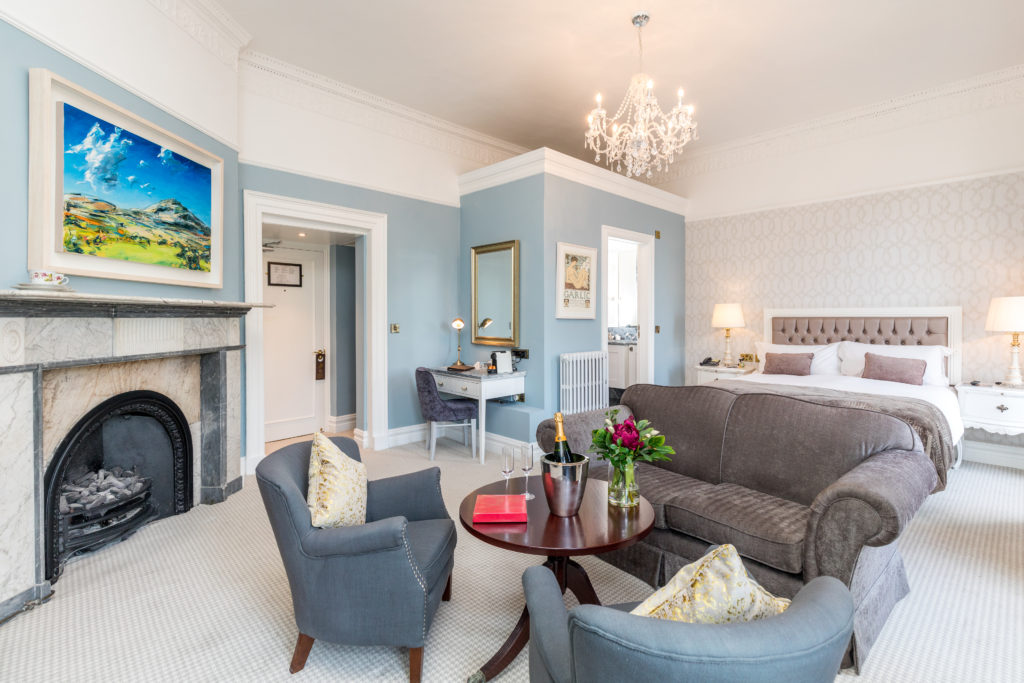 Its central location, just minutes from Grafton Street and with convenient access to airport bus shuttles, means Stauntons is nicely positioned to take on the veil of home if you’re on a short break to this fair city.

And you’ll be in good company.

Over the years, this impressive building has been home to a number of significant people who have helped shape the country culturally and politically.

One of the great Victorian poets Gerard Manley Hopkins, whose work was not published until 30 years after his death, spent his final days in this corner of Dublin.

It was at his desk - in what is now Stauntons - that he wrote many of his famous sonnets, which in turn would inspire a new generation of poets including Dylan Thomas and TS Eliot.

And the Catholic Cardinal John Henry Newman, who will be declared a saint by Pope Francis in Rome on October 13 and founded the Catholic University of Ireland right next door to Stauntons, called the house his home. 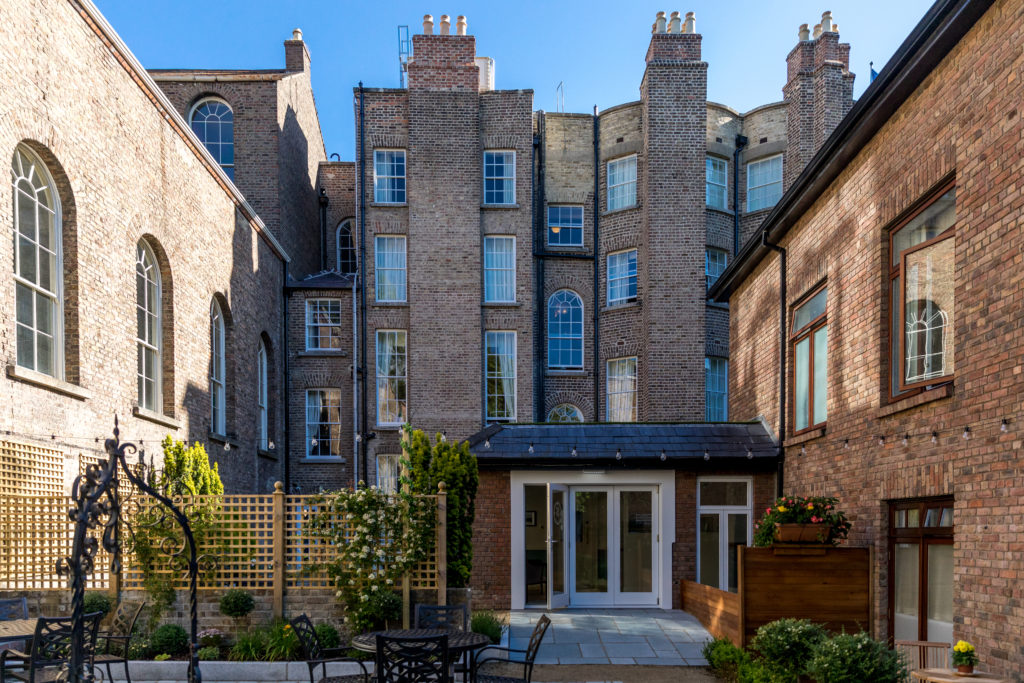 The Dublin hotel has undergone a two-year restoration project

Stauntons on the Green has recently undergone a meticulous two-year restoration under the ownership of Irish-American philanthropist Richard Driehaus who acquired the property in 2017, no doubt due to his passions for preserving historic buildings and design excellence.

The Chicago businessman has overseen the multi-million pound refurbishment of the building that has preserved its character and stayed true to its origins.

Down to the last detail, the property evokes a sense of joy and calm.

The building’s original features have been restored to their former glory, from the rather grand yet welcoming meandering staircase to the calming colour palettes that instantly make you feel at ease.

Inside, each of the 63 bedrooms - ours had a view of St Stephen’s Green - have been redecorated with furniture picked to subtly pop against the house’s Georgian architecture.

Among the newly-renovated rooms are garden-level lodgings with their own sun-trap terraces.

Outside there’s also a peaceful newly-landscaped back garden from where you can enjoy a drink or snack from the honesty bar or choose a book from the guest library of Irish literature. 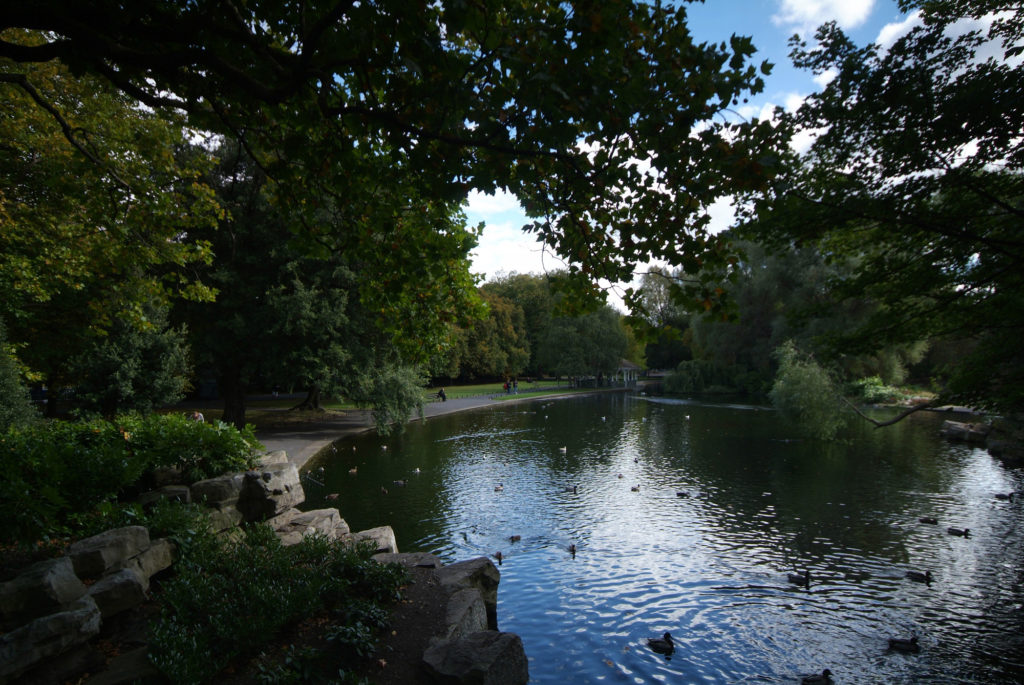 St. Stephen's Green is just a short stroll away

You can start the day at Stauntons with a full Irish breakfast, where the menu also includes made-to-order dishes like smoked Irish salmon with scrambled eggs and avocado or organic porridge with fresh berries, granola and Irish honey.

And from there you’ll have no end of places to choose for dinner, lunch, brunch and everything in between.

Watch out too for the soon to open restaurant from Niall Davidson, the former head chef and co-creator of London’s Irish eatery Nuala.

His latest venture is currently under construction on South Frederick Street, not far from Trinity College. 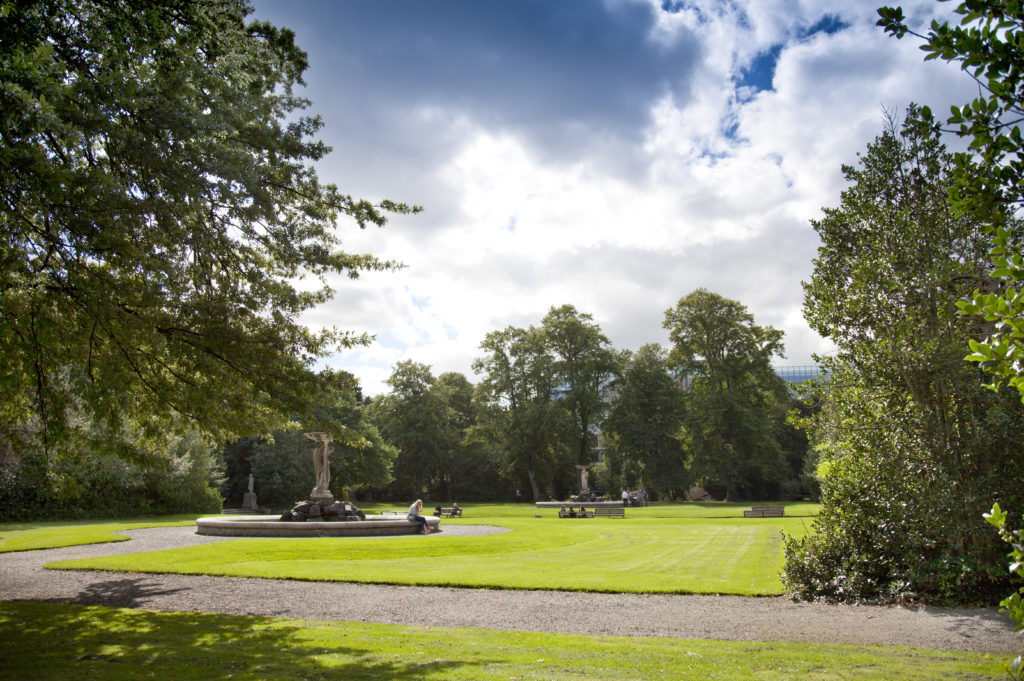 The nearby Iveagh Gardens are also well worth a visit

St. Stephen’s Green and its 22 acres of pure emerald plant life might be the better known of the two parks that lie either side of Stauntons, but the Iveagh Gardens – otherwise called Dublin’s Secret Garden –  are stunning and worth a visit.

They were designed in 1865 by Scottish gardener and landscape architect Ninian Niven, who first came to Ireland in 1827 to become head gardener at the Chief Secretary’s Lodge in the Phoenix Park.

You can still see many of Niven’s original features at the Iveagh Gardens, from the fountains to the yew maze.

From the food to the foundations its built on, Dublin is all heart.

This perfectly formed Spanish restaurant, from the owners of the award-winning Etto, offers dinner and lunch but book ahead - its seats fill up quick. Think dishes like glazed baby carrots, smoked yoghurt, pomegranate and dukkah or red mullet and gamba prawn rice. Uno Mas - meaning one more, yes please.

London has Brick Lane, Dublin has newly-opened Indian Doolally where a fragrantly fresh menu has been created by British chef Alfred Prasad.

Casual small plates in Ranalagh from Shiitake Mushroom Tagliolini to Sugar Pit Bacon Terrine and pea. Great if you fancy an alternative to what the city centre has to offer.

Very good noodles and a chance to sample the famous Irish spice bag - shredded chicken and chips with a special blend of chilli salt and hot pepper. Sizzling!