There's definitely something healing about the fresh air in the Irish countryside.

Clifden native Laoisen Doyle was living in Athens last year when she came across a tiny sick kitten hiding under a bin.

Ireland is a nation of animal lovers, and Laoisen knew she couldn't leave the sick kitten to fend for himself.

She set off on a determined adventure-- first to trap and capture him, then to nurse him back to health.

"Athens is a city full of street cats. People don’t mind them the way that they do in other cities, they're left to their own devices.
I had seen so many kittens playing in the streets beside the heaps of dry food that the locals leave out for them and they all seemed happy." 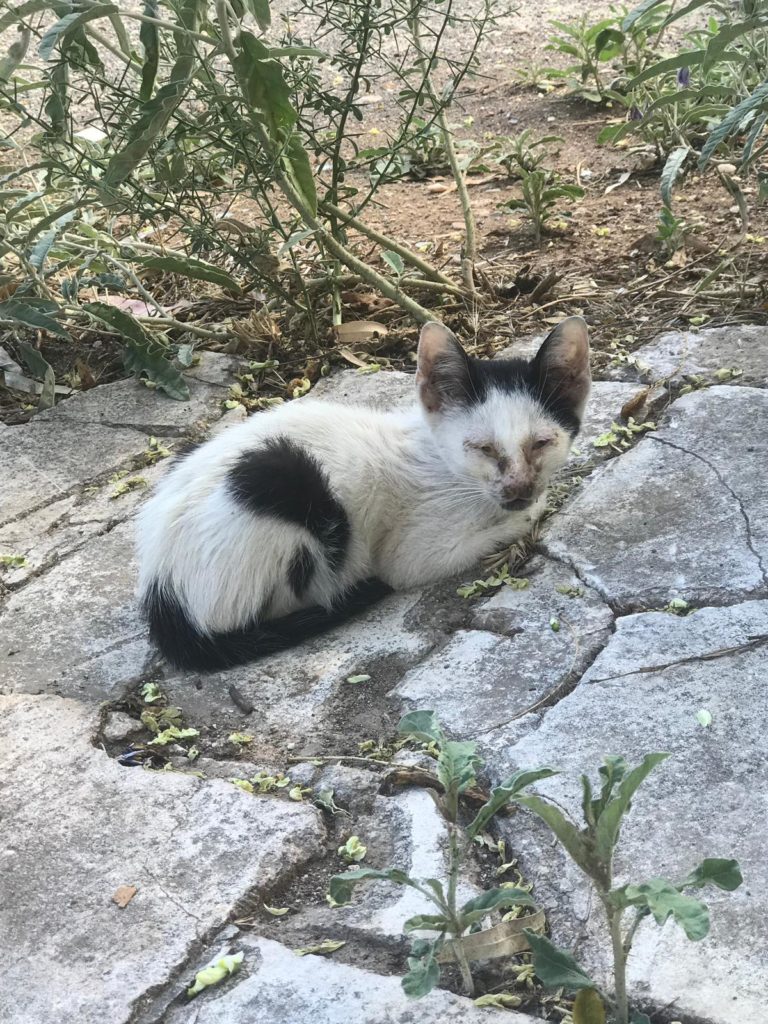 Zuko was completely blind when Laoisen found him in Athens

"Zuko was in the general area of one of these feeding spots, but he wasn’t like the other playful kittens I had seen. He wasn’t moving, and his eyes had fused closed. He was breathing though his mouth because his nose was so crusted with mucus. I didn’t even realize he had a white nose for a good while after I took him home.

He was spindly, and I could see the bugs crawling all over him. He barely seemed conscious of his surroundings, and the first time I saw him move-- that wasn’t a shuddering breath-- was when I put my hands on him to pick him up. But he blindly took off into the abandoned lot where I found him.

For a blind kitten he sure could move." 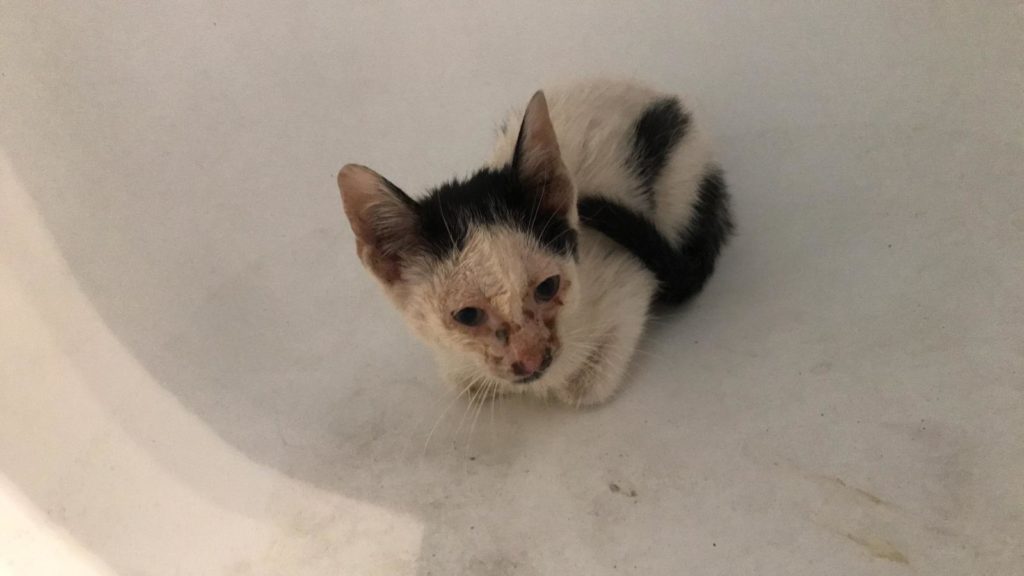 "He eluded me for about an hour , during which time I called my mother , who works with the Renvyle Animal Rescue in Connemara and I decided to come back for him the next day when I could be better prepared.

The next day at work everyone was disgusted when I showed them Zuko's photograph but nothing they could say was going to stop me going back for him.

This time, I got him. But before I caught him, I knocked on the door of the house next to the lot asking if they knew who the kitten belonged to. Like my coworkers , the man who answered said that it was a dirty stray and not to waste my time. He  actually said 'this is just a disgusting street cat. Go get a proper animal'  and I took that as a sign that I was his only hope." 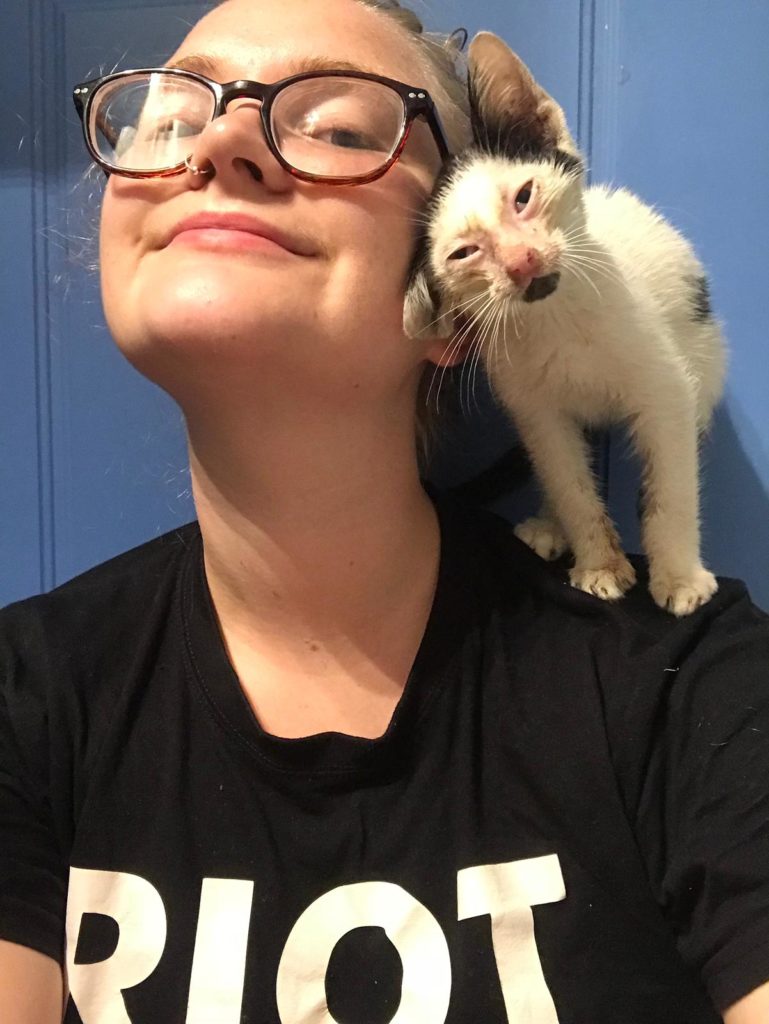 Getting better: Zuko never forgot Laoisen's kindness and, for a cat, is uncharacteristically attached to her

"So that first night I left him in the tub while I ran to the nearest pet shop to get him baby food. I went crazy and just bought him everything-- baby bed , baby box , kitten toys, special rescue kitten food , blankets-- anything I thought he would like.

When I brought him to the vet I was told he was about three months old. I thought he was much younger because he was so tiny.

Everyone was so mean to him-- while the vet was examining Zuko he turned to me and said 'You know, your cat is very stinky', and I was like 'Yeah I know. I carried him here in my hoodie, I am very much aware of how bad he smells.'

But he got his vaccinations as well as ultra nutrients, worming tablets, eye drops, antibiotics... Just everything. And he started to get better." 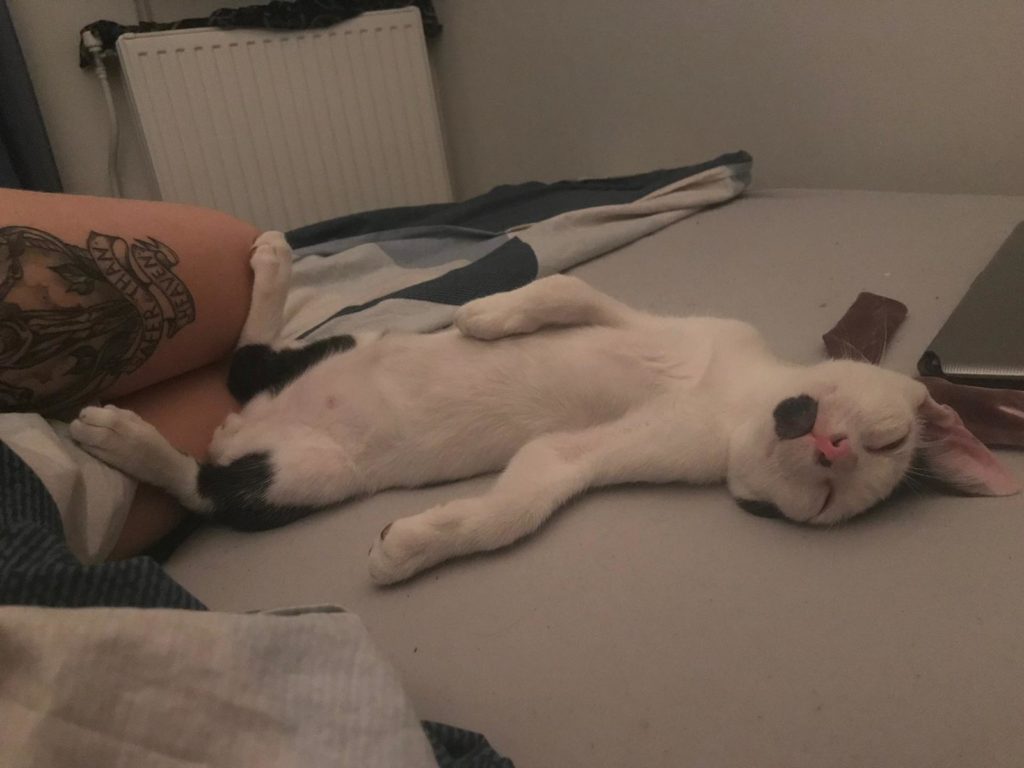 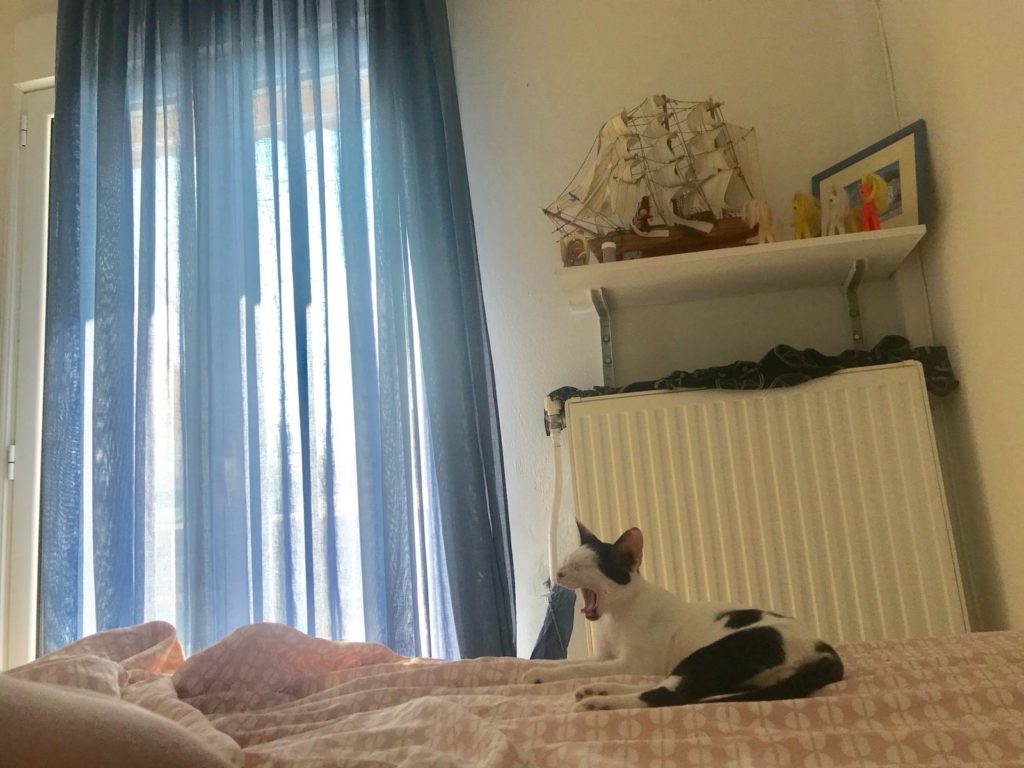 And soon it was like he had never been anything but a lap cat. "I called him The Scourge of Athens because he would terrorise the neighbour's plants".

With Laoisen's time in Athens coming to an end, she knew she couldn't leave Zuko the Street Kitten behind. It was time to bring him home to the West of Ireland.

"It never even occurred to me not to take Zuko home. He had been on the adventure with me almost since Day One, and it felt obvious that he would stay with me every step of the way.

I thought I would have more issues bringing an animal from Greece to Ireland, but it was surprisingly painless. I booked him a ticket on the plane next to me." 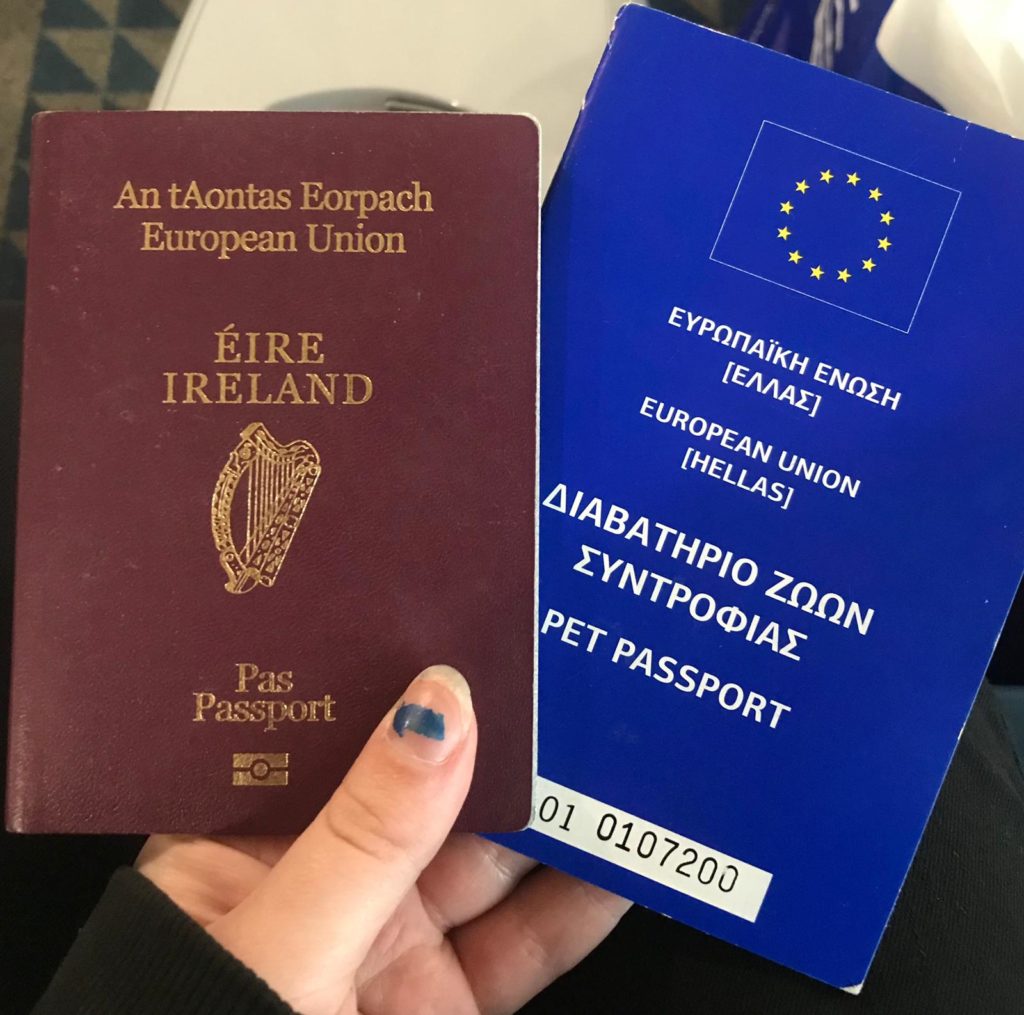 "I've never been as popular in my life as when I had a cat in the airport.

I was stopped in security to search him in a private room. The airport security were two big, stern women. I was a bit worried-- until one held up her phone to me and showed me a curled up cat, with the same markings as Zuko. "My cat", she said. It was a fellow stray!" 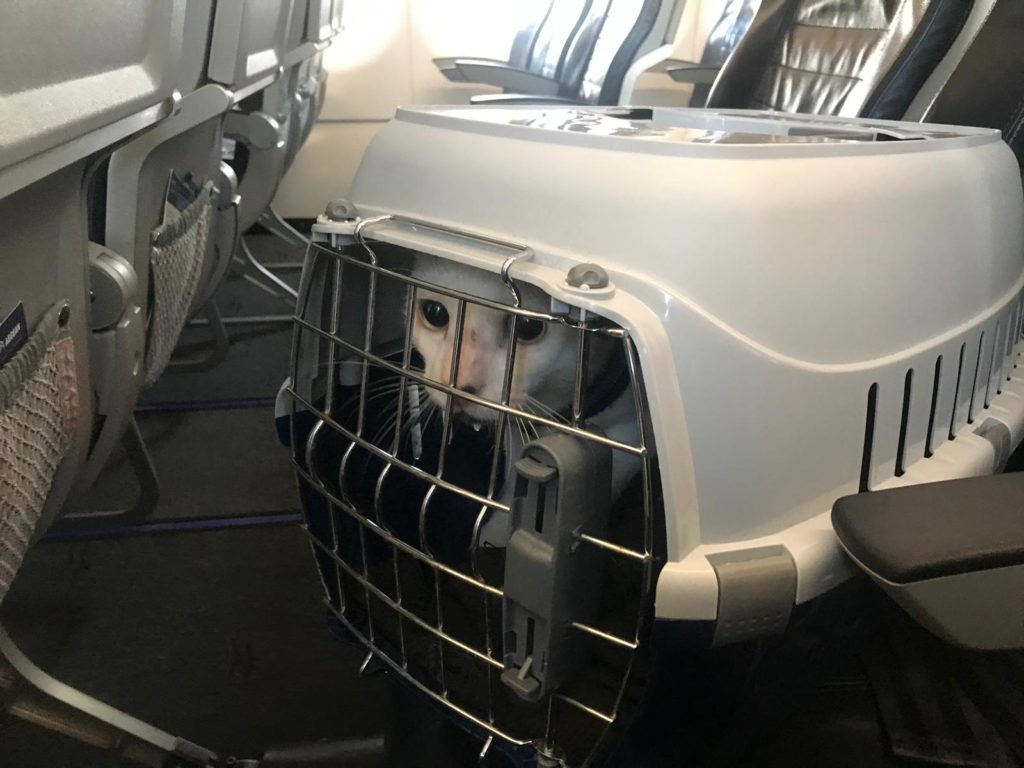 Not quite first class: Zuko sat next to Laoisen on the flight home.

Once the pair got back to Connemara, Laoisen noticed a real change in him. He was exploring outside for the first time since he lived under a bin in Athens, but this time with the safety of the house never too far away. The long stretches of grass and fresh seaside air was completely new to Zuko, and he started to thrive, putting on weight and becoming more confident. 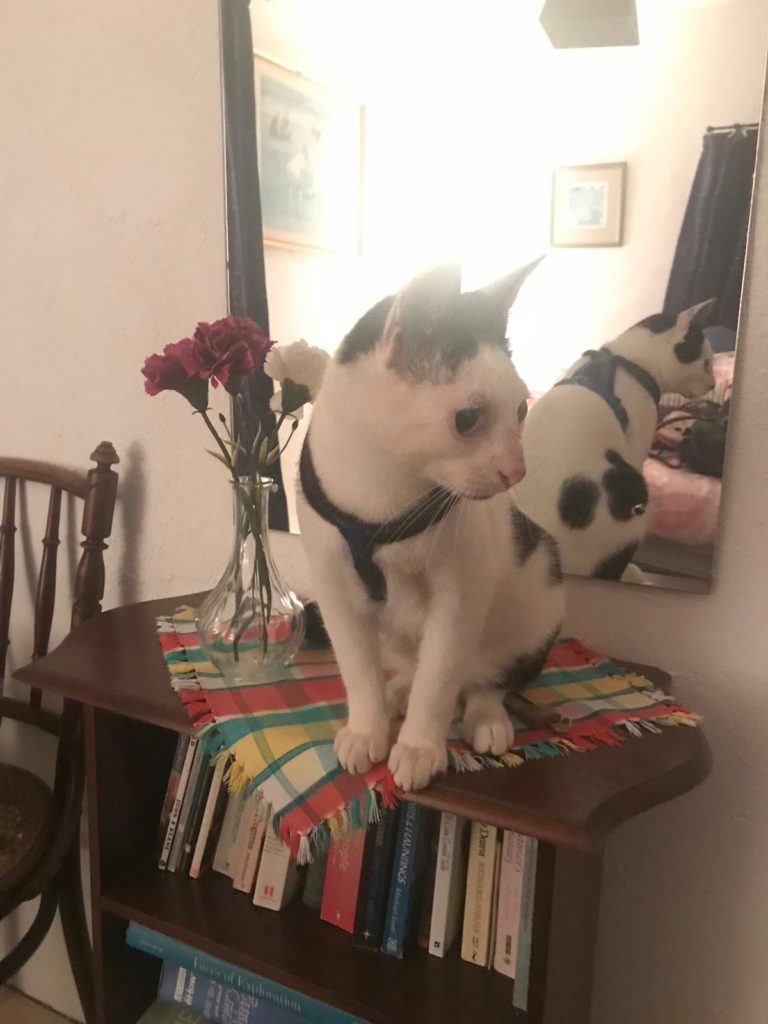 Exploring new surroundings: Zuko quickly made himself at home in Clifden, Connemara.

The only thing he wasn't sure of was the Irish weather. Used to the 30+ degree heat of Greece, Laoisen often found her cat burrowing underneath blankets to warm up. 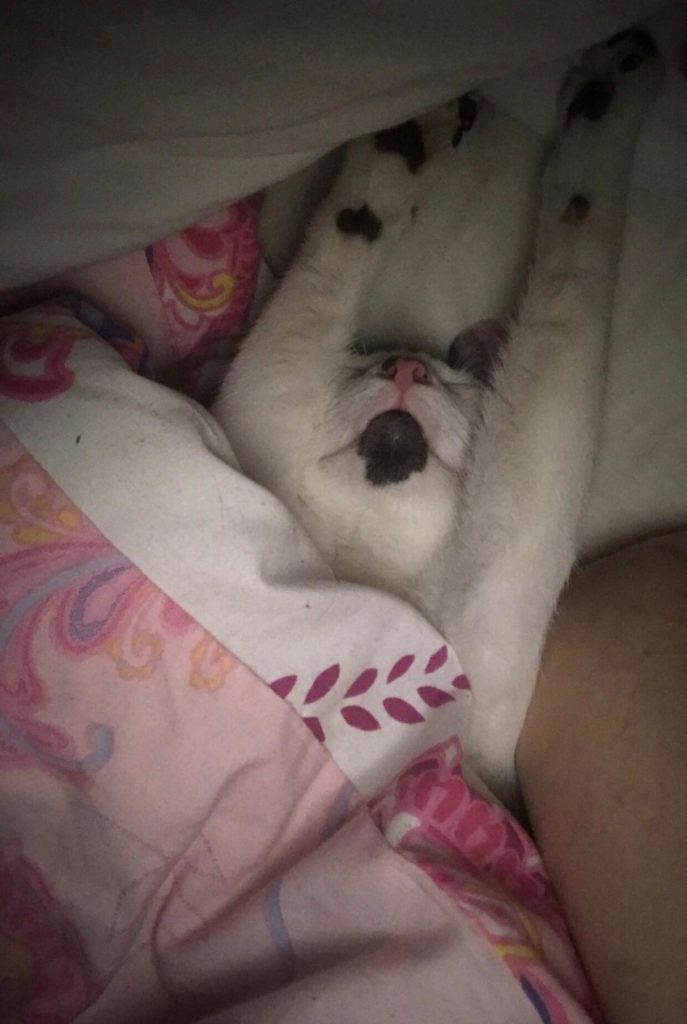 Months passed and Zuko grew stronger every day, and he is now unrecognisable from the sick, blind and 'stinky' street kitten she rescued over a year ago. 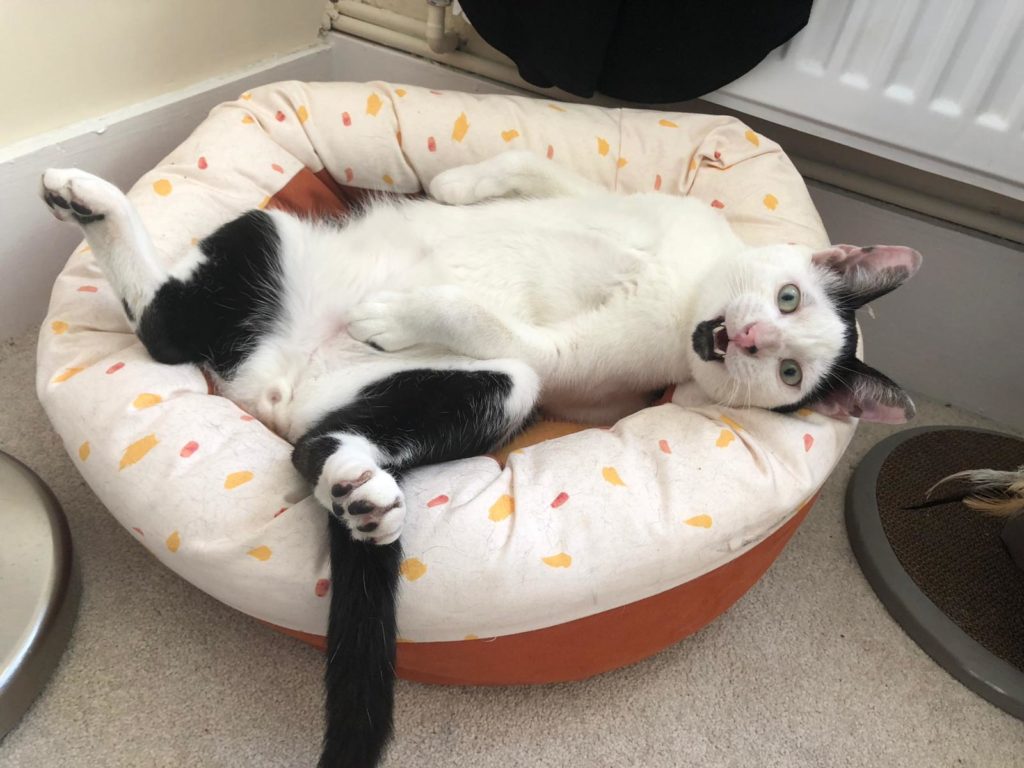 Laoisen now says she knows wherever she goes in the world, Zuko will be coming with her. He's already a well-travelled cat, having now lived in three different countries-- at the moment the pair are living in London, and Zuko is as happy as ever. 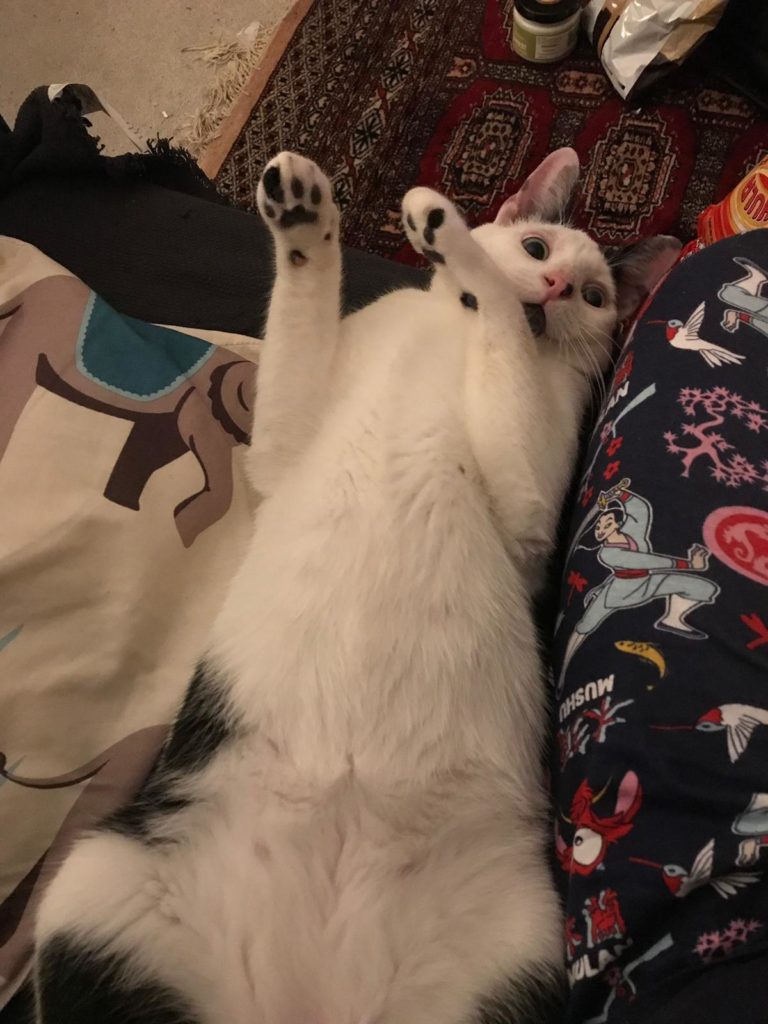 After fattening him up and letting him realise he literally ruled the roost, Zuko has now long forgotten that he was anything other than the king of the house. 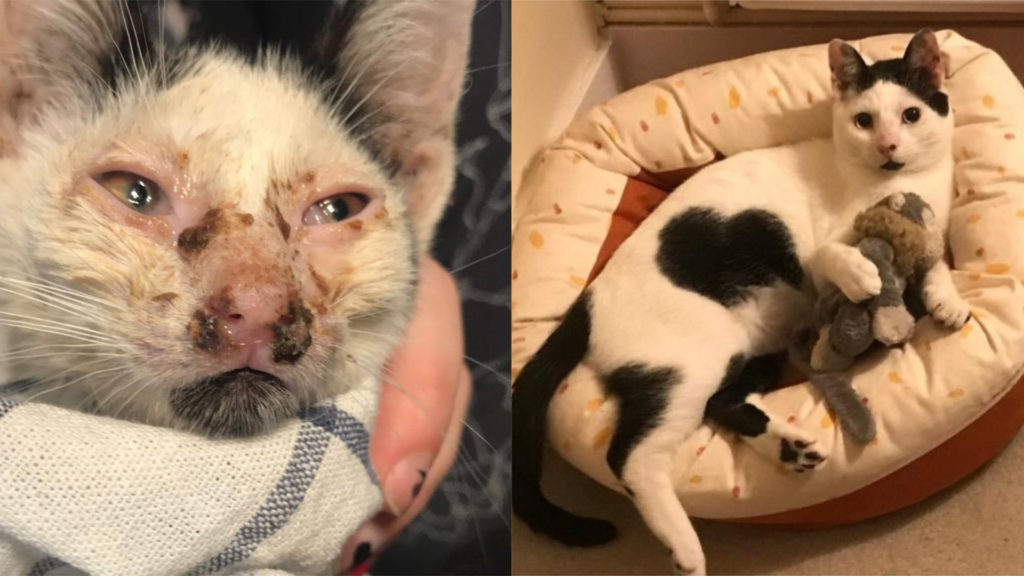 What a transformation-- Irish air helped Zuko in his recovery

Irish people's kindness to animals is inspirational, and long may it continue.