THIS summer's Rio Olympics look to have inspired a whole new generation of Irish sports fans.

Team Ireland athlete Sara Treacy took to Twitter this week to share this gorgeous letter she received from a young admirer.

This got delivered to me at work ?? SO cute! Made my day & a few others I think! pic.twitter.com/EMaWRDg9TD

Signed by Eabha, the letter was address to Treacy care of Alexandra Hospital in Redditch where she is currently working as a junior doctor.

The note came in a brightly coloured envelope and was decorated with shamrocks, Irish flags and the Olympic Rings...not to mention a black and white panda bear.

"It made my day," wrote Dr Treacy who studied Medicine at Birmingham University from 2007 to 2012 before going on to complete a BSc in Sports Science at Loughborough.

Originally from Co. Meath, the Irish sports star first got into running at the age of seven when she followed her brother and sister to a local athletics club after a primary school sports day.

"I grew up playing every sport under the sun," she has previously said. "I attended King’s Hospital School and played senior cup hockey, and also made the Irish Tetrathlon team."

Dr Treacy was one of three athletes who represented Ireland in the women’s 3,000m steeplechase in Rio this summer, where Team Ireland sent its largest delegation since 1948.

A total of 77 athletes, of which 26 were women, competed across 13 sports.

Incredible few days! Thanks everyone for support, it's been fantastic! What an experience!! #Rio2016 #olympian ???? pic.twitter.com/ZVBWEJY3VT

Dr Treacy cited qualifying for the Irish team for Rio and making the 3,000m Steeplechase final as being her biggest goals for the year.

Looks like she's rocked that - and made a few new fans in the process.

See below for more heart-warming stories about Ireland's Olympians and their young fans... 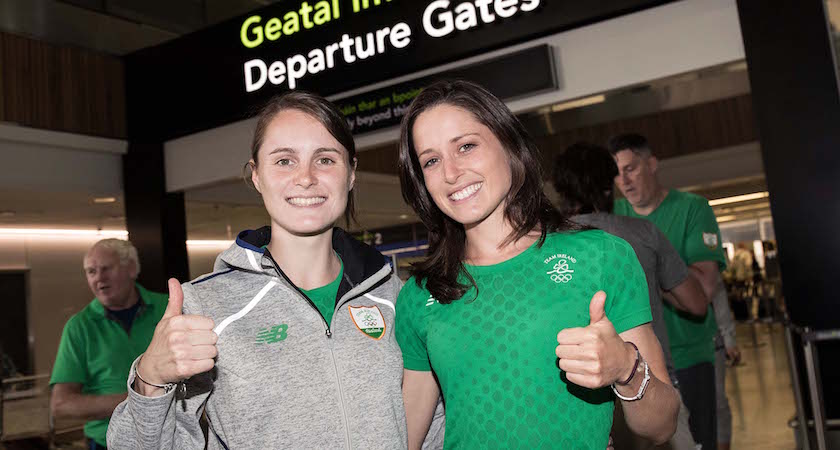 A thumbs up from Sara Treacy, right, with teammate Ciara Mageean before they set off to this summer's Olympics Picture: INPHO/Dan Sheridan