26 PUBS across Ireland could face prosecution for breaching public health guidelines after reopening on 29 June.

Gardaí have confirmed that they conducted 6,830 checks on licensed premises under Operation Navigation once businesses began opening up as Ireland entered phase 3 of the reopening of the economy.

While most pubs were adhering to Covid-19 guidelines, Gardaí identified 26 premises which were operating under "potential breaches of the health regulations or licensing laws".

Gardaí confirmed that the pubs in question had been given the opportunity to rectify the situation but were found to be continuously breaching the guidelines which had allowed them to reopen.

In many cases, Gardaí say, customers were consuming alcohol but with no evidence of food also being consumed and no receipts to show that food had been sold.

Other breaches include a lack of social distancing, such as large groups sitting at one table, as well as no advisory signposting and no Covid-19 tracing being recorded. 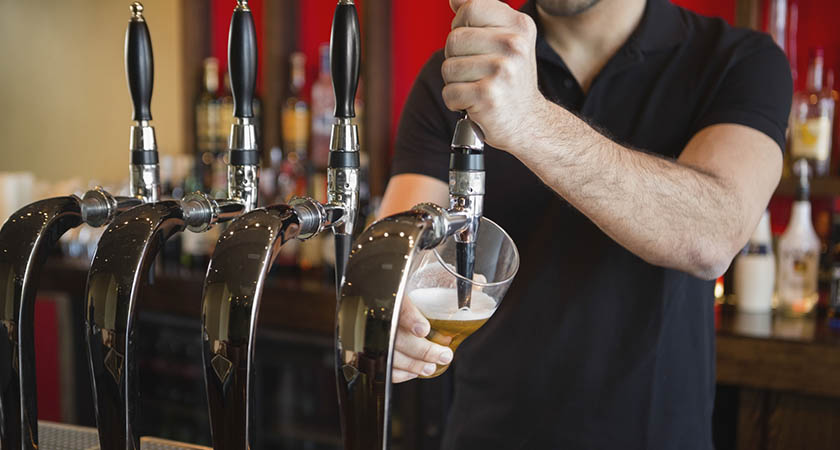 26 pubs are facing prosecution for breaching public health guidelines[Picture: iStock]
A file on each premises suspected of breaching the guidelines will now be submitted of the Director of Public Prosecutions for directions as how to proceed.

"The significant number of visits conducted by Gardaí found a large level of compliance among licensed premises. This is very welcome.

"However, we remain concerned that a minority are potentially operating in breach of the regulations. In doing so, they are putting the health of their customers and staff and everyone they come into contact with after at risk of getting COVID-19.

"We are sending a clear message to such premises that we will be opposing their liquor license renewal applications in September unless they come into compliance.

"In addition, the public has shown great restraint and responsibility to date in adhering to the public health guidelines. The reality is that COVID-19 is still here. We all have an individual responsibility to ensure we continue to play our part in reducing the spread of COVID-19 to protect our family, friends and neighbours.”

Earlier this week, Taoiseach Micheál Martin warned that a failure to follow the rules could lead to the date in which the remainder of pubs are due to reopen being pushed back.

"As you know, the full opening was due to take place on July 20, but people do need to behave [or] it could be delayed.

"We are worried about it, some of the scenes that we've witnessed are just very worrying because social distancing was not being complied with at all."

Around 50% of Ireland's pubs are yet to open following lockdown.