AN EIGHT YEAR-OLD BOY took his mother's car for a late-night joyride and police say he reached speeds of up to 140kph (87mph).

He hit his top speed while cruising on a highway in western Germany heading towards Dortmund on the A44 and the boy was found by police in a motorway lay-by, where he'd parked the car and turned on the hazard lights.

His mother had raised the alarm around 12.30am local time, and contacted police when she realised that both her Volkswagen Golf and her son had disappeared.

Soest police officers said that once they found the boy, he reportedly burst into tears, before telling them that he "just wanted to drive a little". 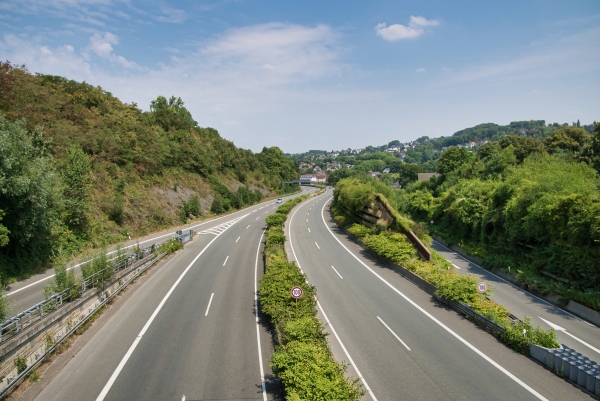 The A44 in western Germany

The officers added that the boy said he started feeling 'uncomfortable' once he hit 140kph on the highway and had decided to pull over because he felt sick.

The young lad's mother mentioned that her son regularly drives go-carts and bumper cars, and that he's previously practiced driving real cars while on private property.

However, the boy will have to wait another 10 years before he's allowed on the road, with the legal driving age in Germany being 18.

No people or property were hurt or damaged during the late night excursion.