ACTOR Gabriel Byrne and Birmingham Six solicitor Gareth Peirce are among a group of people being honoured for their work promoting Ireland around the world.

The pair are among 10 individuals who will receive the Presidential Distinguished Service Award for the Irish Abroad for 2015.

Announcing the awards today, Minister for Foreign Affairs and Trade Charlie Flanagan said: “We owe a huge debt of gratitude to these remarkable individuals for what each of them has contributed to Ireland, to the Irish abroad and to our country’s international reputation."

Actor Byrne is being credited for his work as a Cultural Ambassador for Ireland, while Gareth Peirce was nominated for her contribution to peace and reconciliation, including her work on the cases of the Guildford Four and the Birmingham Six.

US-based priest  Fr. Brendan McBride is also among those who have been singled out for an Award from Irish President Michael D Higgins.

Fr McBride is the founder and head of the Irish Immigration and Pastoral Center in San Francisco. He played a central role in providing support to those involved in the recent Berkeley tragedy.

"I saw for myself the untiring support which Fr. Brendan McBride provided to the Irish community in San Francisco in the aftermath of the Berkeley tragedy," Diaspora Minister Deenihan said.

“While some of this year’s Award recipients are household names, others are receiving recognition for the quiet and tireless work they undertake daily." 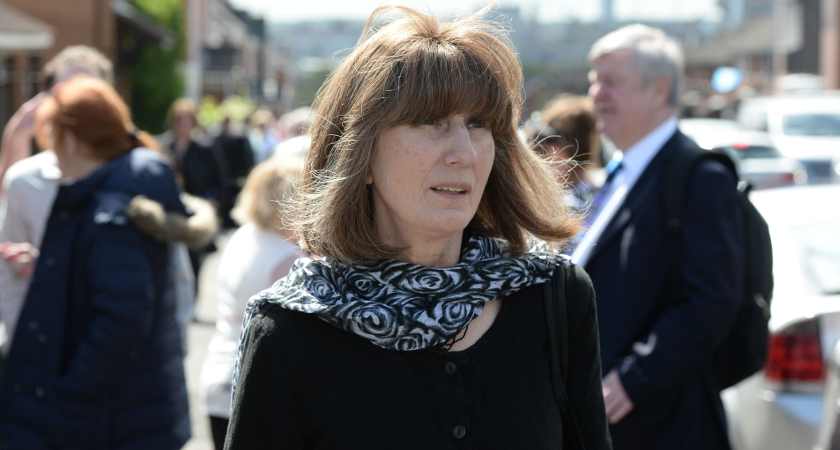 Gareth Peirce fought for justice for Irish people in Britain during the Troubles. Photo by Charles McQuillan/Getty Images

The 10 recipients of this year's Presidential Distinguished Service Awards include some who are Irish-born, some who are of Irish heritage and others who are connected to Ireland through their endeavours.

Minister Flanagan said: “During the very difficult years of conflict on this island, many people from beyond our shores made an important contribution to advancing peace, justice and reconciliation.

“Gareth Peirce is a British solicitor who, in the darkest years of the troubles and in very challenging circumstances, has campaigned for justice in a number of high-profile cases involving Irish citizens, including the Guildford Four and the Birmingham Six.

“Irish America has always played a crucial role in promoting and supporting the Peace Process in Northern Ireland. This year we are recognising Tom Moran.

"Over the years, Tom has developed relationships with social, political and business leaders in Northern Ireland and continues to open doors to promote a positive future for this island."

And for this first time this year awards have been given to Japan, Peru and Kenya.

Peruvian writer and Nobel Prize winning author Mario Vargas Llosa has been honoured after book book The Dream of the Celt - a story about Roger Casement - helped to "open a window on Ireland throughout the Spanish and Portuguese-speaking world".

Nominations for the Presidential Awards are made by Irish communities around the world through Ireland’s diplomatic network.

The actor is a Cultural Ambassador for Ireland and continues to give his time, particularly in supporting the Irish Arts Centre in NYC.

This Peruvian writer and politician received the 2010 Nobel Prize in Literature. By writing The Dream of the Celt he opened up the story of Irish national hero Roger Casement to the 650million Spanish and Portuguese speakers around the world.

Having lived and worked in Japan for over 50 years, Fr Doyle established an Irish Studies Programme at Sophia University which encouraged students over many decades to visit Ireland. 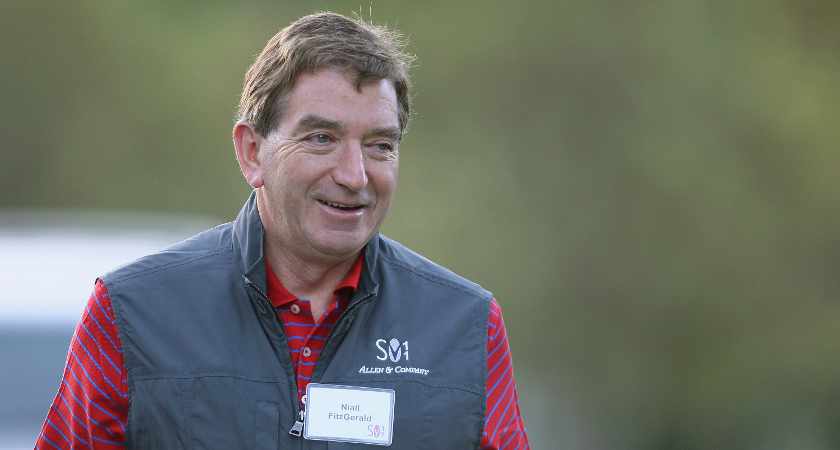 Niall Fitzgerald is among the most prominent Irish business leaders across the world. He is active in promoting Irish sporting and educational causes including Munster Rugby and UCD, where he holds official positions. He was awarded the KBE in 2002 while Chairman of the Anglo-Dutch company Unilever. 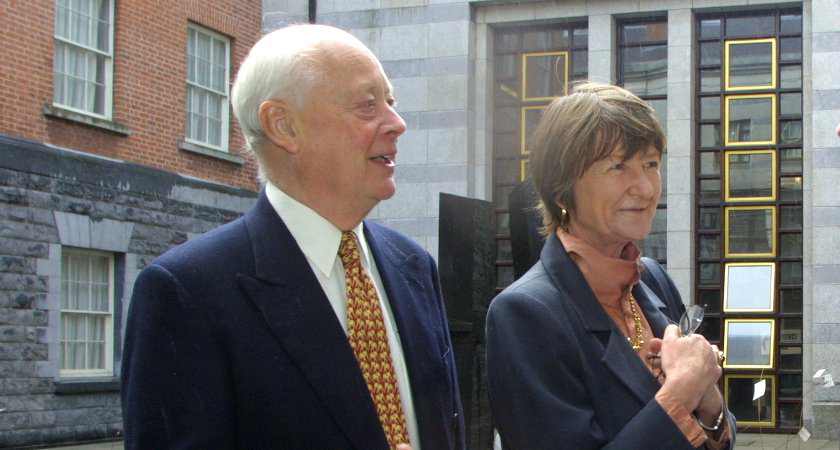 Charles Handy and his wife Elizabeth are regular visitors to Ireland. Picture by RollingNew.ie

Born in Kildare in 1932, this management guru has lived in England for many years where he has enjoyed a long career in management science, mainly based at the London Business Schoo'. He is most famous for his management writings, including The Empty Raincoat, published in 1994. He and his wife regularly visit Ireland where they are also active in supporting philanthropic projects including in Ballymun and with development charities in East Africa and the West Bank.

Sr Miriam Duggan is a member of the Franciscan Sisters and has spent much of her life working in Africa – initially as an obstetrician and laterally in the field of HIV/AIDS prevention and care.

Fr. McBride is President of the Irish Apostolate in the United States. Originally from Donegal, he is also founder and head of the Irish Immigration and Pastoral Center in San Francisco. He played a central role in providing support to those involved in the recent Berkeley tragedy.

Dr. Murphy is Fulbright Fellow at University College, Dublin, and was awarded Honorary Doctor of Letters by the National University of Ireland for her contributions to Irish Studies. She is the Chair of New York’s 2016 Commemorations Committee, the American Irish Historical Society.

Gareth Peirce is a British solicitor and human rights activist. In a career of more than 30 years, she has represented a number of high-profile cases, including the Guildford Four and the Birmingham Six. Her dedication and commitment to obtaining justice for several Irish people living in Britain who were wrongfully convicted is acknowledged worldwide and has been instrumental in bringing about major changes to the legal system.

Born on Staten Island to Irish American parents, Tom Moran is a successful businessman and well-respected humanitarian. He is chairman of Concern Worldwide (US) and has been an influential voice in the Irish peace process.