FORMER First Minister of Scotland Alex Salmond has been arrested and charged by police and is set to appear in court later today.

The 64-year-old, who led the Scottish National Party (SNP) for a decade until 2014, is expected to appear at Edinburgh Sheriff Court this afternoon, according to reports.

A Police Scotland spokeswoman said: "We can confirm a 64-year-old man has been arrested and charged and a report has been sent to the procurator fiscal.

"Proceedings are now live under the contempt of court act."

Earlier this month, Salmond won legal action against the Scottish Government over their handling of an investigation into complaints of sexual harassment made against him. 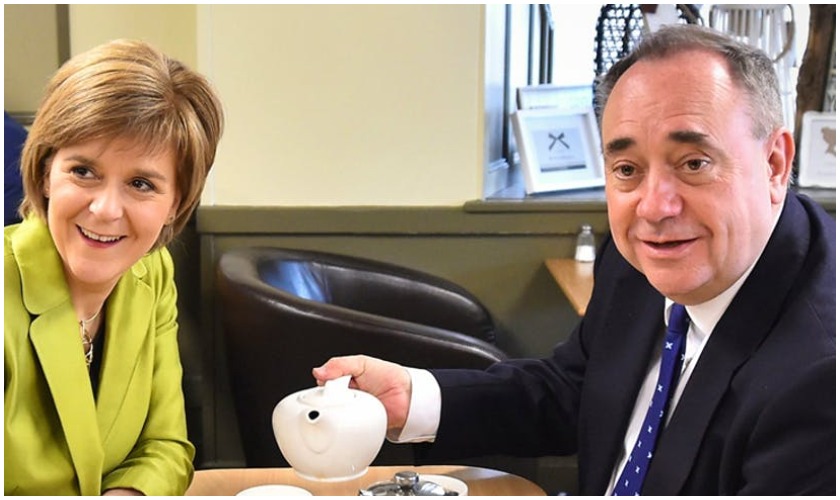 First Minister Nicola Sturgeon's government had begun investigating complaints made by two women dating back to 2013 in January last year.

Mr Salmond took legal action last August, and was able to prove that the government's probe was unfair as their investigator spoke to the women weeks before they formally complained.

Scotland's highest court found the devolved government had acted "unlawfully in respect that they were procedurally unfair and that they were tainted with apparent bias" on January 8.

Mr Salmond was Scotland's longest serving First Minister, having led the devolved Scottish government for seven years from 2007 until 2014.

He stepped down in 2014 after pushing support for the SNP to record levels during a referendum campaign which ultimately failed to achieve Scottish independence.

The West Lothian native has been out of public office since losing his Banff and Buchan constituency seat in the 2017 UK general election.

He currently hosts a weekly chat show on the Russian broadcaster Russia Today.