TODAY the Irish postal service has released two stamps commemorating the sinking of the RMS Lusitania, 100 years on from the tragedy.

Commemorative events are taking place in Britain and Ireland today to mark the 100th anniversary of the sinking of the ocean liner.

On May 7, 1915 a German torpedo hit the starboard side of the ship and it sank in just 18 minutes.

Its wreck lies just 14 miles off the coast of Kinsale in Co. Cork, where several events are taking place in memory of the 1,198 victims who went down with it.

The stamps can be purchased in Post Offices across Ireland, as well as online. 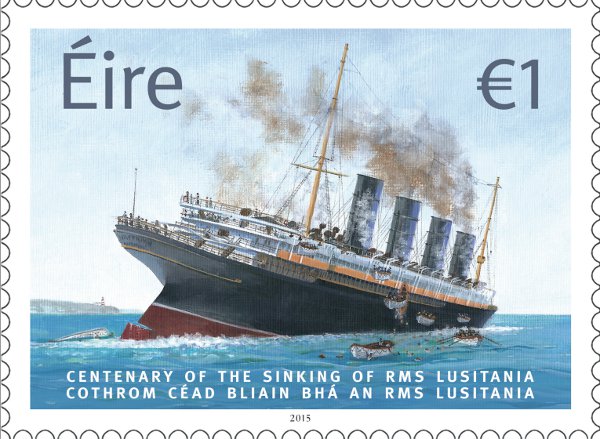