THE PARENTS of Ana Kriégel have a given statement outside the courts today following the sentencing of their daughter's killers.

The 14-year-old schoolgirl from Kildare was raped and murdered and her killers have now been brought to justice. 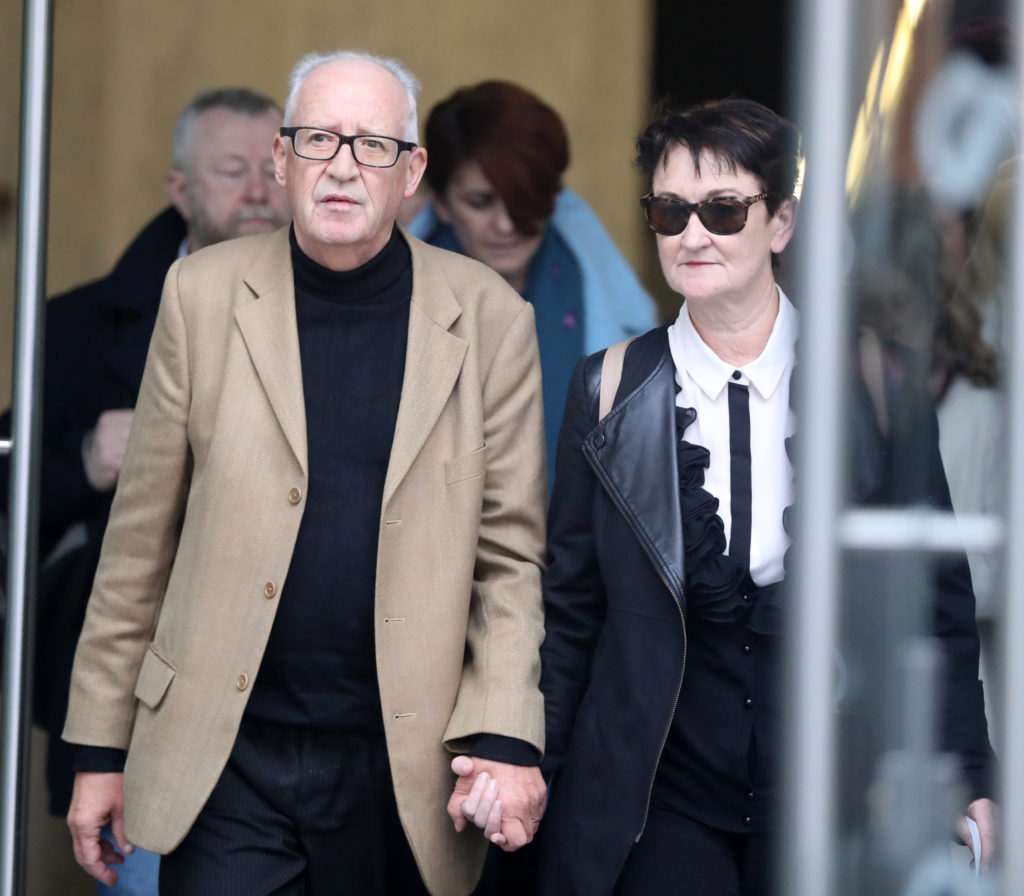 The parents of Ana Kriegel Geraldine and Patric Kriegal leaving the CCJ in Dublin after the sentencing hearing. Boy A given life sentence with review after 12 years. Boy B sentenced to 15 years, with review after 8.

The two convicts are the youngest in the history of Ireland to be charged with murder.[1]

Outside the courtroom, Geraldine and Patric read a short statement to the press, thanking their legal team, as well as their friends and family for all their support.

"We would like to express our extreme gratitude, to Mark O'Neil and his team, who put everything they had into fighting those responsible for Ana's murder," Geraldine said.

"Our liaison officer for holding the family up through all of this pain; Brendan and the legal team; the jury, and the judge;

"The media for being so understanding; the victim support unit; our family; our friends, and our neighbours.

"And thank you to all the wonderful people out there that supported us and kept us going."

She then handed over to Patric.

"Justice has been served for Ana," he began.

"The judge has decided on the sentence, and that duty lies with him alone.

"For our part we can only say that forever is not long enough.

"Please remember Ana and keep her in your hearts, somewhere.

"Justice has been served for Ana.
But for our part we can say, forever is not long enough"