A MAYO man has been sentenced to two months in prison after he refused to wear a face covering on public transport.

In July of this year, Andrew Heasman, from Knock in County Mayo, was attempting to travel on a Bus Éireann coach from Dublin to Knock but refused to wear a face covering, which had recently become mandatory.

According to RTÉ News, when in court it was heard the defendant wore his mask 'like a hat' and refused to cover his mouth and nose or comply with garda orders.

Mr Heasman was travelling from Dublin to Mayo for a funeral, and cited health reasons for his exemption to wear a mask but would not produce evidence, claiming it was against GDPR. 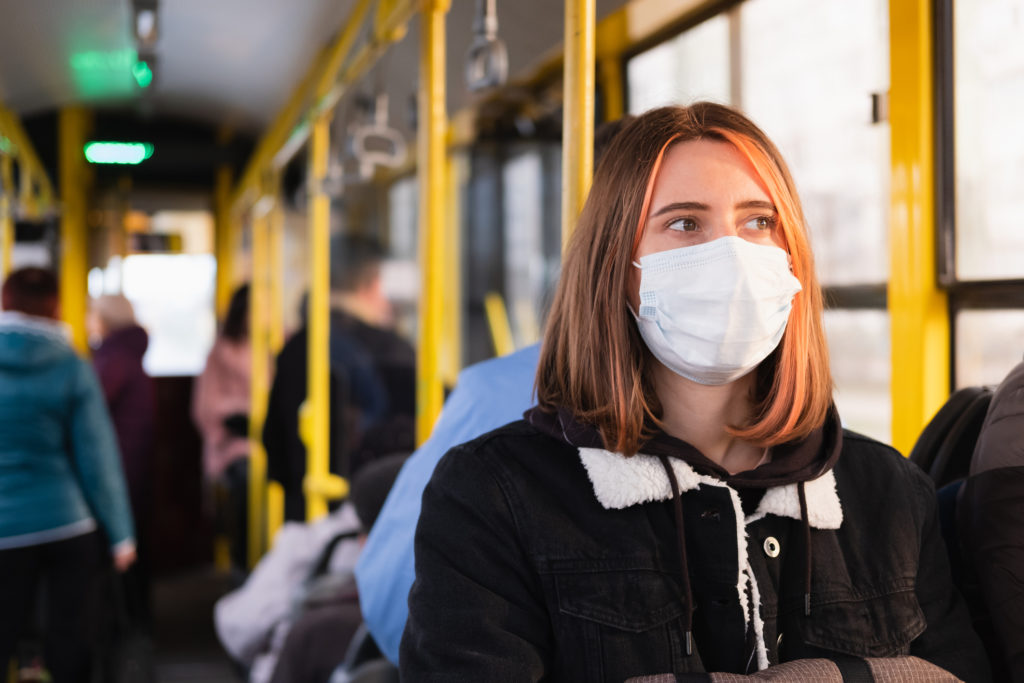 Face masks are mandatory on public transport in Ireland (Getty)

His refusal to wear a mask led to a number of other passengers disembarking the bus, the court heard.

Judge Fiona Lyndon sentenced the defendant to two months in prison for the offence, with RTÉ News reporting she took a separate public order offence committed by Mr Heasman on the same day into account when determining his sentence.

Face coverings have been mandatory in indoor public spaces, such as shops and public transport, since the summer, in an effort to slow the spread of Covid-19 in Ireland.