LONDON, UNITED KINGDOM - JUNE 13: A group of men including Patrick Hutchinson (carrying the man) help an injured man away after he was allegedly attacked by some of the crowd of protesters on the Southbank near Waterloo station on June 13, 2020 in London, United Kingdom. Following a social media post by the far-right activist known as Tommy Robinson, members of far-right linked groups have gathered around statues in London. Several statues in the UK have been targeted by Black Lives Matter protesters for their links to racism and the slave trade. (Photo by Luke Dray/Getty Images)

A MAN whose rescue of a counter protester in London was captured in an image which went viral across the globe has spoken about the incident for the first time.

Mr Hutchinson came to the aid of a lone white counter protester who was being attacked by some of the crowd, saying "his life was under threat".

"I just went under, scooped him up, put him on my shoulders and started marching towards the police with him.” 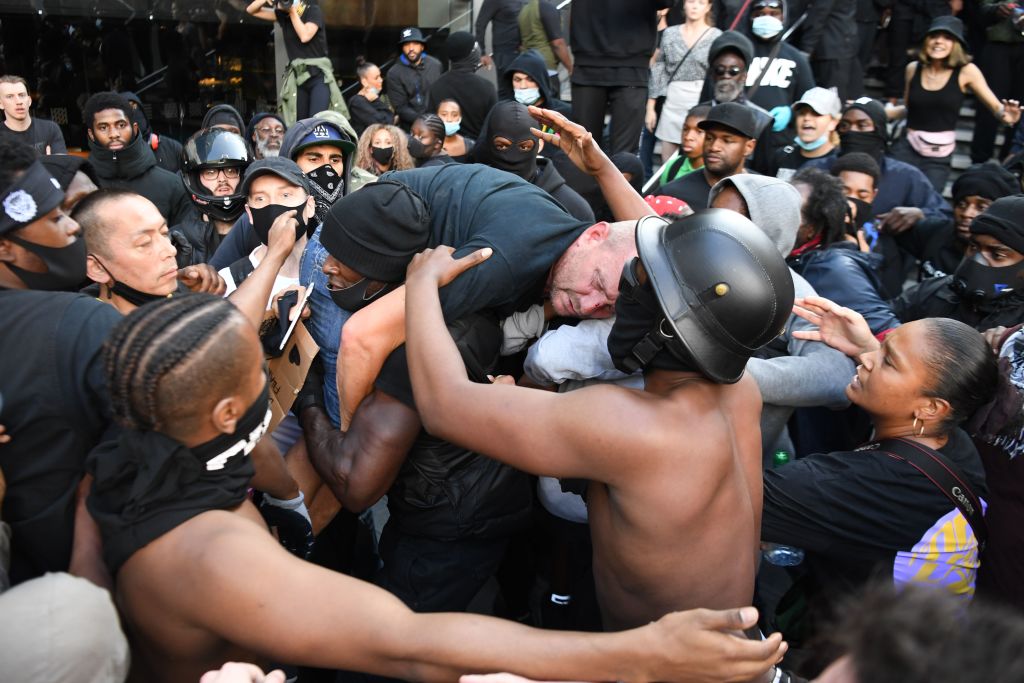 Images of the rescue and the weight the sentiment held quickly went viral, and Mr Hutchinson, a personal trainer and grandfather, was tracked down by Channel 4 News.

Mr Hutchinson and his friends, who helped to shield him as he walked through the crowd with the injured counter protester, are security and martial arts experts and had gone to the gathering in part to try and keep the peace, he said.

He told the outlet that he didn't know the man and had never met him before, but he knew he had to act to save him. 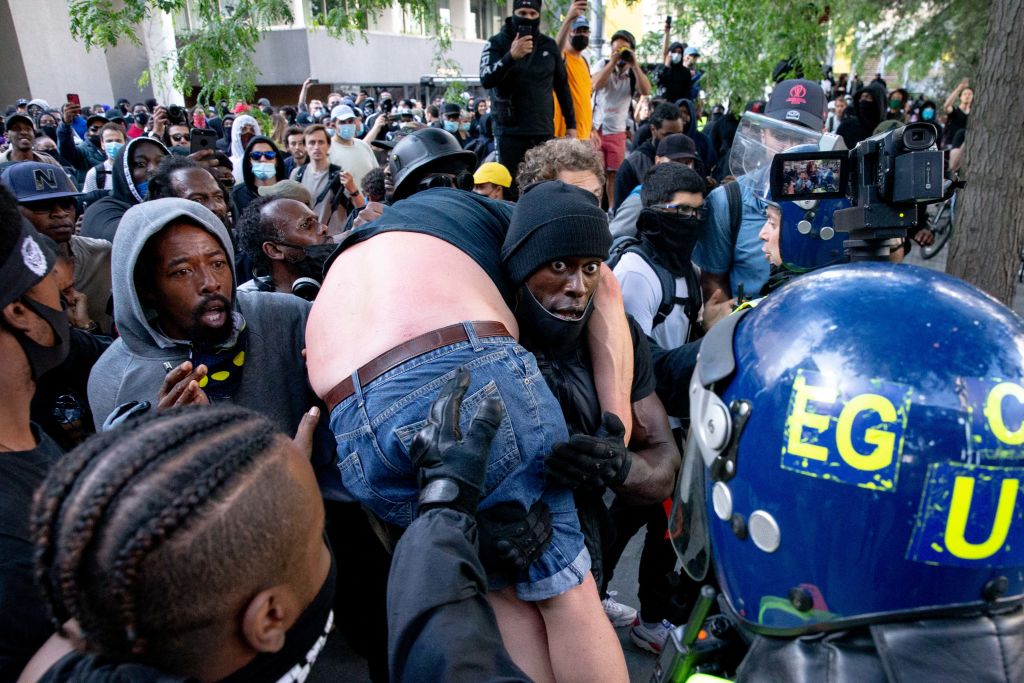 The five men were on their way home when they saw the man, believed to be a far-right protester, being attacked after clashes between two groups of demonstrators.

Asked if he was scared, Mr Hutchinson said "You don't think about that at the time, you just sort of do what you gotta do."

"Someone's life would have been taken."

He went on to reference the killing of George Floyd-- a murder which sparked the global protests against racism and police brutality-- and said that was one of the reasons he could not stand back and do nothing.

"If the other three police officers that were standing around when George Floyd was murdered had thought about intervening and stopping their colleague from doing what he was doing, like what we did," he said, "George Floyd would be alive today." 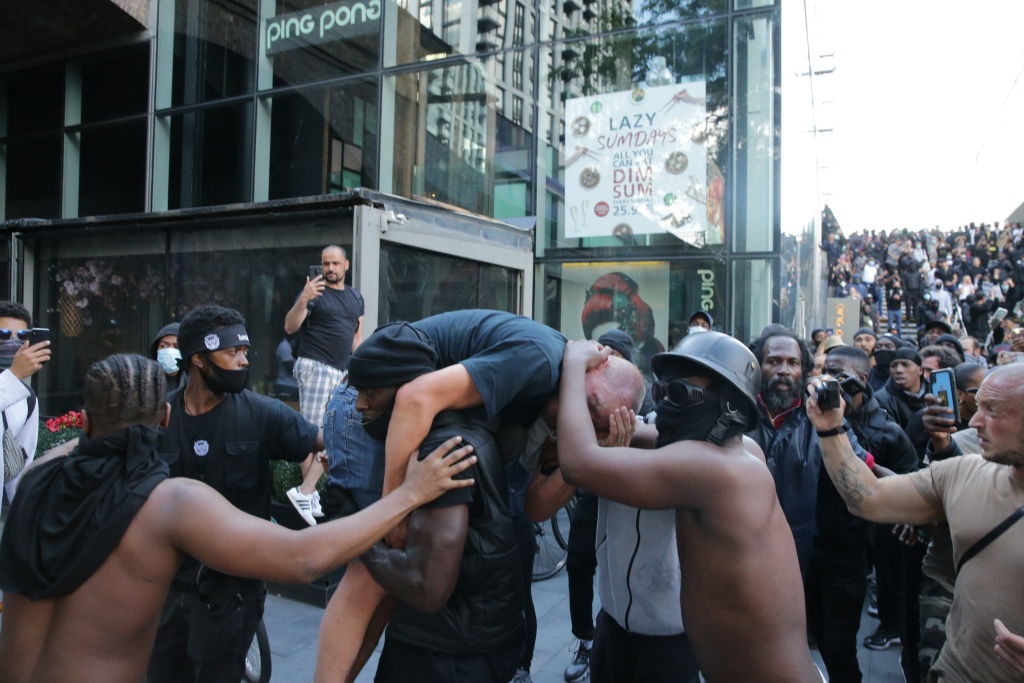 Mr Hutchnson said he knew he had to act or "someone's life would have been taken". (Photo by Luke Dray/Getty Images)

"At the moment the scales are unfairly balanced and I want things to be fair for my children and my grandchildren."