The group received huge support from the Irish public as well as from high profile Irish celebrities such as Dublin bands Hozier and Kodaline, singers Glen Hansard and Christy Dignam, who performed outside Apollo House to raise awareness for the cause.

Then on December 21, the High Court gave an order to evacuate Apollo House occupants until tomorrow, January 11 to leave or they would be evicted by Dublin City Council.

Apollo House is owned by The National Assets Management Agency (Nama), which is a body created by the Irish Government to deal with the financial and property crisis, and is currently occupied by 40 rough sleepers.

The ex-civil service building had been empty for a period of time with plans from Dublin City Council for the building to be demolished.

Here are five things to know about about Apollo House... 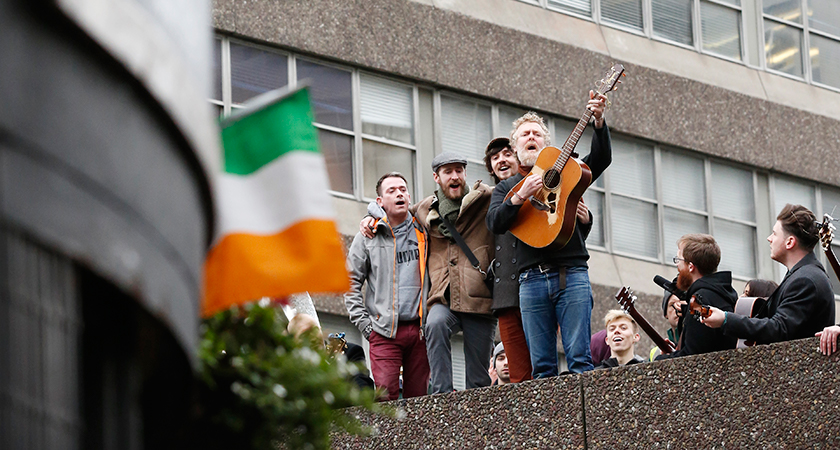 There has been support from some well-known personalities

Activist group Home Sweet Home is made up of unions, artists and volunteers. Since taking over Apollo House on December 15 they announced that they have received thousands of volunteer applications to help run the block.

On the day of the takeover Oscar nominated film director Jim Sheridan made an impassioned speech in front of the General Post Office criticising the Irish Government branding the homeless situation in Dublin a "disgrace".

Apollo House was home to 40 people over Christmas 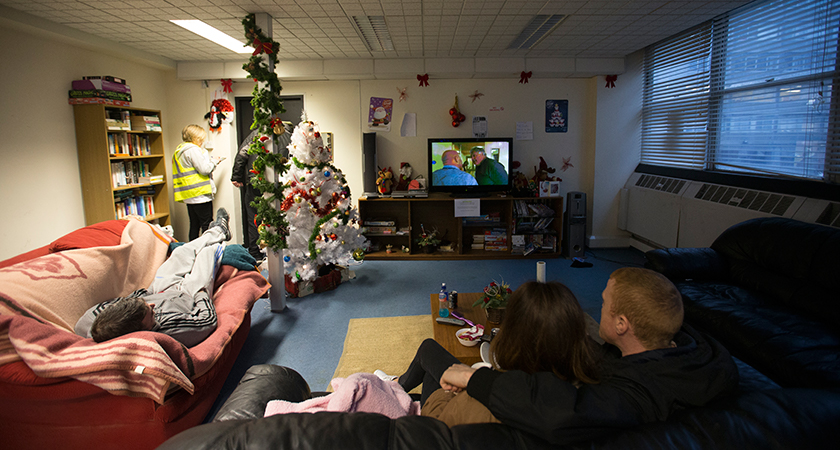 Residents who stayed over Christmas at Apollo House settle down to watch television in one of the social areas. (Picture: Rollingnews.ie)

Apollo House was used to provide shelter over Christmas and the New Year to Dublin's homeless with around 40 residents staying during the festive period.

On December 21 the High Court in Dublin served an evacuation notice stating that the occupiers were trespassing and have until January 11 to evacuate the block.

Home Sweet Home also released a video on New Year's Day featuring one of the homeless occupiers pleading for "safe and secure accommodation for after January 11".

Supporters have taken to the streets 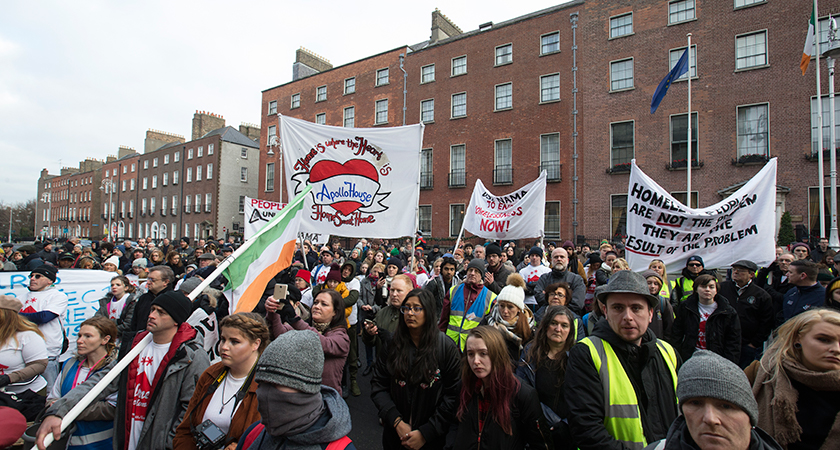 On January 3 occupiers, volunteers and supporters took to the streets of Dublin to march on Government buildings from Apollo House to the Department of Finance.

More than 200 protesters turned up to support campaigners, who delivered a letter with more than 3,500 signatures at the time to Finance Minister Michael Noonan.

The open letter which is available to read here has now garnered over 6,968 signatures and is just 32 signatures away from its 7,000 target.

The campaign has also received over €170,000 in donations from the public from its Go Fund me page. 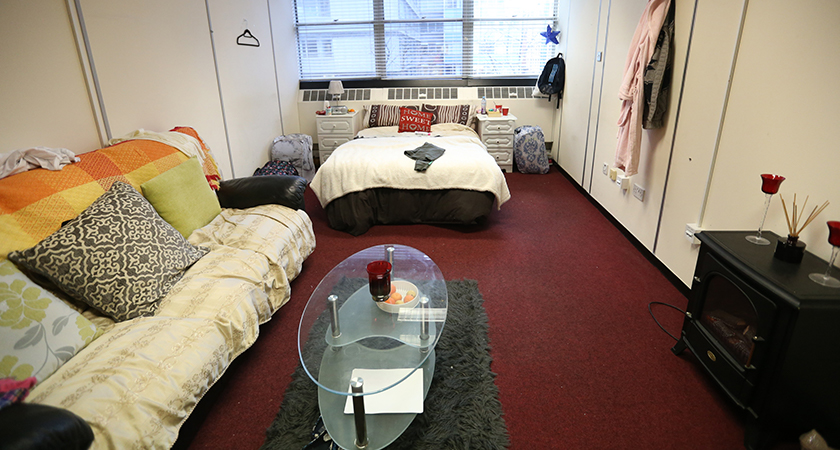 Much of the interior of Apollo House has been changed into bedroom, store rooms and social areas Picture: Rollingnews.ie)

The four point plan outlines how to help and tackle homelessness in Ireland and how the Irish Government could provide homes in the short and long term.

Ogle also announced that there was a national housing emergency and that the Irish Government should implement the Home Sweet Home emergency housing plan.

Representatives from Home Sweet Home met with the Housing Minister Simon Coveney to discuss their demands and the homeless crisis.

What the Irish Government has said 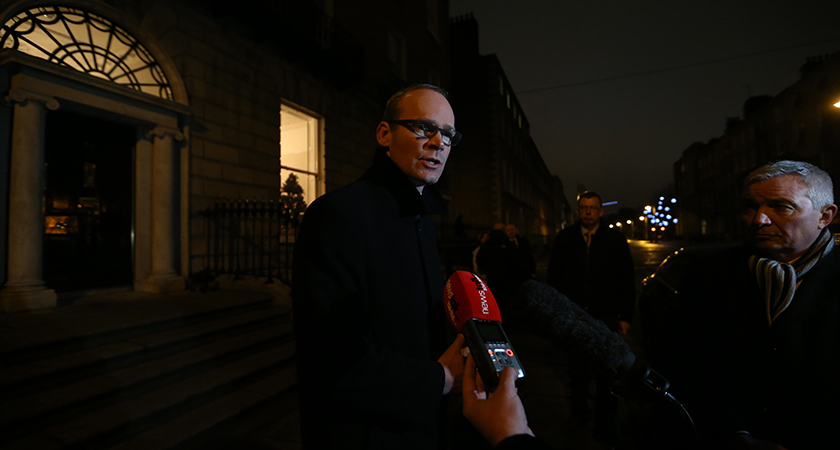 Speaking on December 23 Minister for Housing Simon Coveney said:  “There is understandably a lot of concern around homelessness particularly at this time and year and I want to reassure people and update them as to what work is being undertaken.”

"Provisional figures for this year indicate that in excess of 18,000 households/individuals have had their social housing needs met under a range of  housing schemes. We have built, purchased or refurbished some 5,300 homes, 12,000 HAP tenancies have been created and 1,100 families have been accommodated under RAS."

He said that three new facilities at a cost of €5.4million were up running and available, including 210 new additional emergency beds in Dublin city centre.

This additional provision, he added, brought the overall total of emergency beds available in Dublin to 1,800.

The Minister said the number of rough sleepers counted during the official count of November 22, 2016 was 142 individuals.
He also pledged a 40 per cent increase in homeless funding from €70m in 2016 to €98m in 2017.
“The problem of homelessness continues to be very challenging and I and my colleagues in Government  will  continue to do  everything we can to reduce  the number of families and individuals in emergency accommodation," he said. 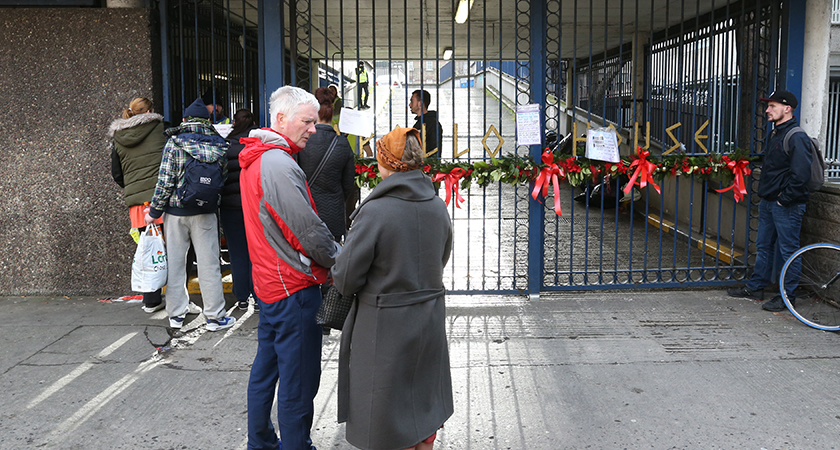 Dublin City Council debated calls for an emergency motion on Apollo House last night at their first meeting of the New Year.

As it stand the residents of Apollo House have until noon tomorrow to vacate the Nama building and find suitable accommodation elsewhere in the Irish capital.