AN APPEAL has been launched to track down relatives of an Irish woman who was a member of one of the first ever military codebreaking teams.

Catherine Hayes Osborne, from Milford in Co. Donegal, worked as a member of the British Woman’s Army Auxiliary Corps (WAAC) during World War I.

The little-known Irish woman was among the first six codebreakers recruited to intercept and translate German wireless intelligence during the Great War.

She worked as an Assistant Administrator (2nd Lieutenant) and wore the same stripes as instructors and a First Army Patch on her uniform.

Unfortunately her service records were lost during bombings in World War II.

In research carried out by Donegal County Museum, they discovered that Catherine Hayes Osborne arrived in France on September 28, 1917, but little else is known of her life.

Museum spokeswoman, Caroline Carr, said: “She became a ‘Hush WAAC’, a nickname given to the dozen servicewomen at St Omer, France, who decoded German wireless messages during the First World War.”

What is known is that Catherine Hayes Osborne was the youngest daughter of Dr John Allen Osborne and Catherine Hay, who were married at Ballymacarrett Presbyterian Church in Belfast by the Rev John Meneely. 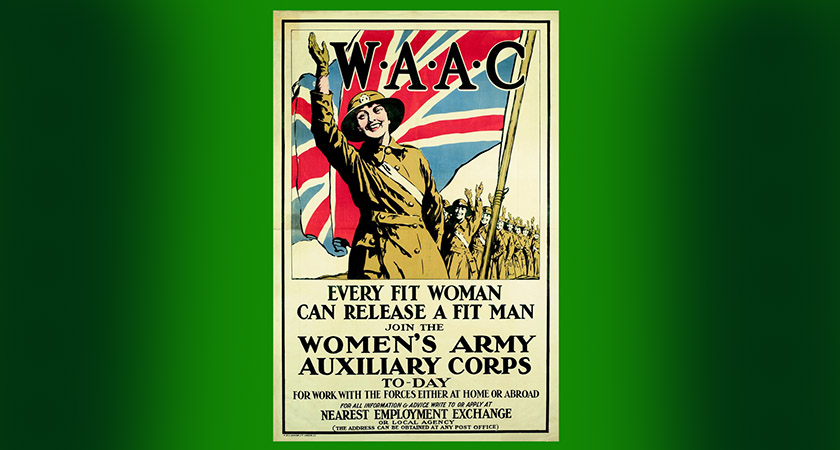 Her father was doctor for the Milford Poor Law which included the town’s workhouse, while her mother was the daughter of local Donegal man Thomas Hay.

She also had a sister, Jane, who was a general housekeeper at Sheffield’s Great Northern General Hospital between 1916 and 1918.

A brother, John Allan Osborne, became a country solicitor back in Donegal.

Catherine Hayes Osborne worked in the Censor's Office, which was attached to the Intelligence branch of the British Army's General Staff.

“These women were highly educated and they would have been excellent linguists,” added Ms Carr.

“Many of the German messages were routine requests for war material but others supplied vital information about troop movements.

"The work was secret hence the nickname 'Hush WAAC'.”

If anyone has any additional information, memoirs, photographs or are relatives of the family, please contact Caroline Carr at Donegal County Museum, High Road, Letterkenny, Co. Donegal.