KARREN BRADY has revealed that she has been searching for the Irish grandfather she has never met, who hails from Co. Cork.

The star of The Apprentice and Vice-Chairman of West Ham United will be presented with the Outstanding Contribution to Business in Britain Award at this week’s Irish Post Awards.

Born in Edmonton, North London, Ms Brady, who became Baroness Karren Brady of Knightsbridge after joining the House of Lords in 2014, is the daughter of self-made Irish millionaire Terry Brady.

But while Ms Brady told The Irish Post she has visited her father’s homeland on many occasions, enjoying 'many happy weekends' there, she claims they have had no luck in the search for her grandfather.

“My father never knew his father, but has tried very hard to trace him but without luck,” she said.

“Even the expert team on Who Do You Think You Are? had no luck,” she added.

“But we know he was from Cork and a businessman. There are a lot of Bradys in Cork, so we don’t really know where to start!” 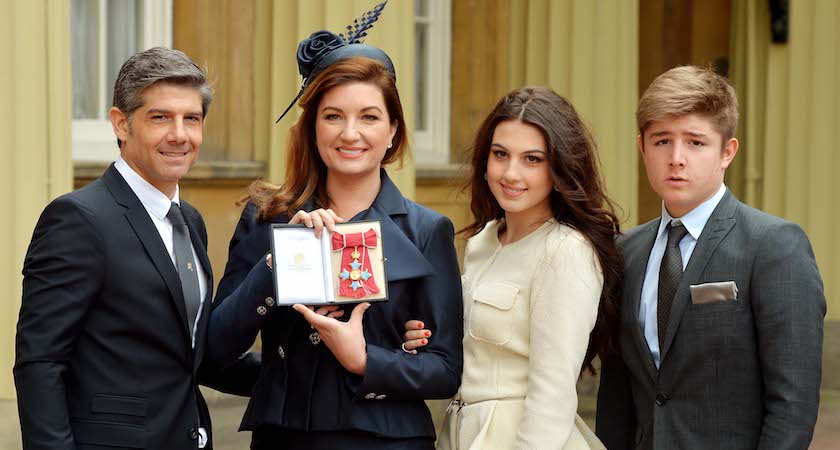 Known to millions through her starring role as Lord Sugar’s trusted boardroom advisor on The Apprentice, Ms Brady is one of Britain’s most high-profile businesswomen, beginning her career in advertising sales straight after leaving school.

Starting at Saatchi & Saatchi, she swiftly moved onto LBC as a sales executive before joining David Sullivan’s Sport Newspapers Ltd, becoming a Director within a year.

In 1993, aged just 23, she was appointed MD of Birmingham City FC – when the club was in administration.

Four years later, she became the youngest Managing Director of a UK plc, when she floated the club on the London Stock Exchange.

Having turned Birmingham City FC around, she sold the clubs in 2009 for £82million.

In 2010, Brady was appointed Vice-Chairman of West Ham United FC, and led a successful bid for the club’s move to London’s iconic 60,000-seat Olympic Stadium.

Under her leadership, West Ham has become one of the five fastest-growing brands in world football.

Baroness Karren Brady is one of seven people who will receive an Irish Post Award at London’s Grosvenor House Hotel in Park Lane, Thursday, November 23.

The 40th Annual Awards will be hosted as always by Eamonn Holmes and broadcast live for its first year on TG4 at 9.30pm.