The drugs were found in the back of a lorry in Larne, Co. Antrim

DETECTIVES from the Police Service of Northern Ireland’s (PSNI) Organised Crime Unit uncovered cannabis worth more than £1million packed away in a lorry.

Working with HM Revenue and Customs (HMRC), as part of the joint agency Organised Crime Task Force, the PSNI conducted an operation in Larne, Co. Antrim in the early hours of Tuesday, November 30.

Detective Inspector Conor Sweeney said: “Detectives, working alongside Larne Local Policing Team and our colleagues from HMRC, stopped a lorry in the Larne Harbour area just after 1am this morning.

“A large quantity of suspected herbal cannabis, with an estimated street value in excess of £1 million, was seized from the vehicle during the proactive operation.

“The lorry and trailer have also been seized for further examination.”

He confirmed: “A 23-year-old man was arrested on suspicion of possession of a Class B controlled drug with intent to supply.  He remains in police custody at this time.”

Detective Inspector Sweeney added: “This search, seizure and arrest was conducted as part of the multi-agency approach to target criminality within the haulage industry and our ongoing commitment to address the criminality linked to drug importation, supply and use that often results in drug debts, drug addiction and drug related deaths within our communities.

“In this year to date, we have seized over one metric tonne of herbal cannabis being brought into Northern Ireland by such method.

“This represents a street value of over £15 million.

“For anyone who thinks the illegal distribution of cannabis is not a big deal, just imagine for a second the damage an organised crime group could and would cause with £15 million worth of resources at their disposal.

“I have no doubt this was destined for the streets of Northern Ireland on the run up to Christmas with the potential for unimaginable harm and the funding of wider criminality.” 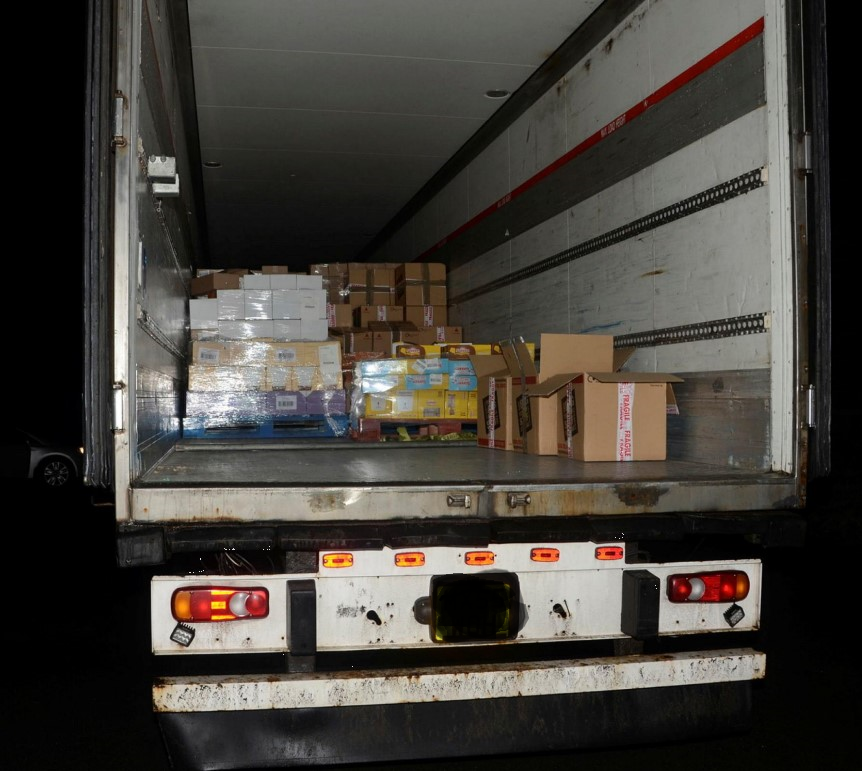 A 23-year-old man has been arrested

Det Insp Sweeney warned that the PSNI, through its Operation Dealbreaker, will “continue to carry out operations, to break the cycle of those who seek to cause harm through the illegal importation and supply of drugs in Northern Ireland, and to dismantle the organised criminals who profit from this incredibly harmful activity”.

He added: “I appeal to anyone with information about illegal drug use or supply, to call police on the non-emergency number 101.

“Alternatively, you can submit a report online using our non-emergency reporting form via http://www.psni.police.uk/makeareport/ . The independent charity Crimestoppers can also be contacted anonymously on 0800 555 111 or online at http://crimestoppers-uk.org/ .”