Arrest made after gardaí seize suspected cocaine and cannabis worth €1.5m

A MAN in his 20s has been arrested after gardaí seized suspected drugs worth an estimated €1.5m.

The haul was uncovered during a number of searches in counties Kildare and Meath on Saturday as part of Operation Tara.

Suspected cocaine valued at €420,000 and €1.12m of suspected cannabis was discovered. 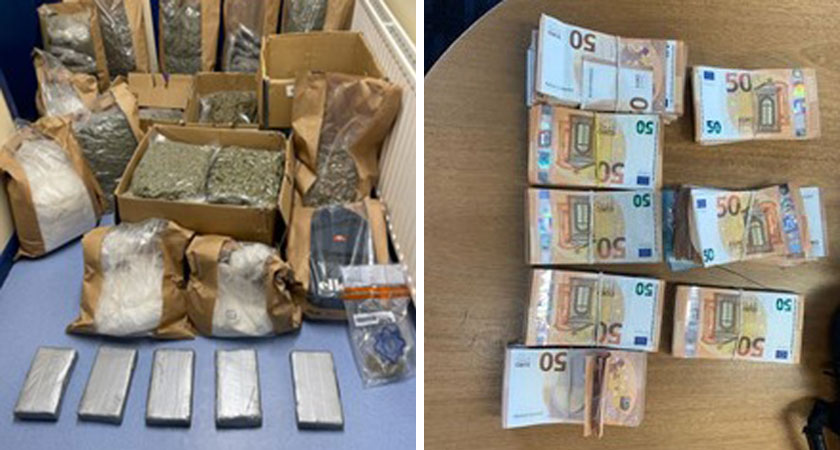 The arrested man is currently being detained at Ashbourne Garda Station.

He was detained after gardaí stopped a car on the M1 in Co. Meath on Saturday morning.