DEDICATED fundraiser Danny Ryan launched his latest campaign over the weekend with a social evening that raised more than £1,000 for good causes.

The Birmingham Irishman plans to raise £50,000 for the Ladies Fighting Breast Cancer (LFBC) organisation during 2022, a charity that is close to his heart.

The West Midlands native, whose late parents hailed from Kilkenny and Limerick, launched his campaign with an event held at Scanlons Club in Birmingham on Friday, October 30.

An impressive £1162 was raised on the night. 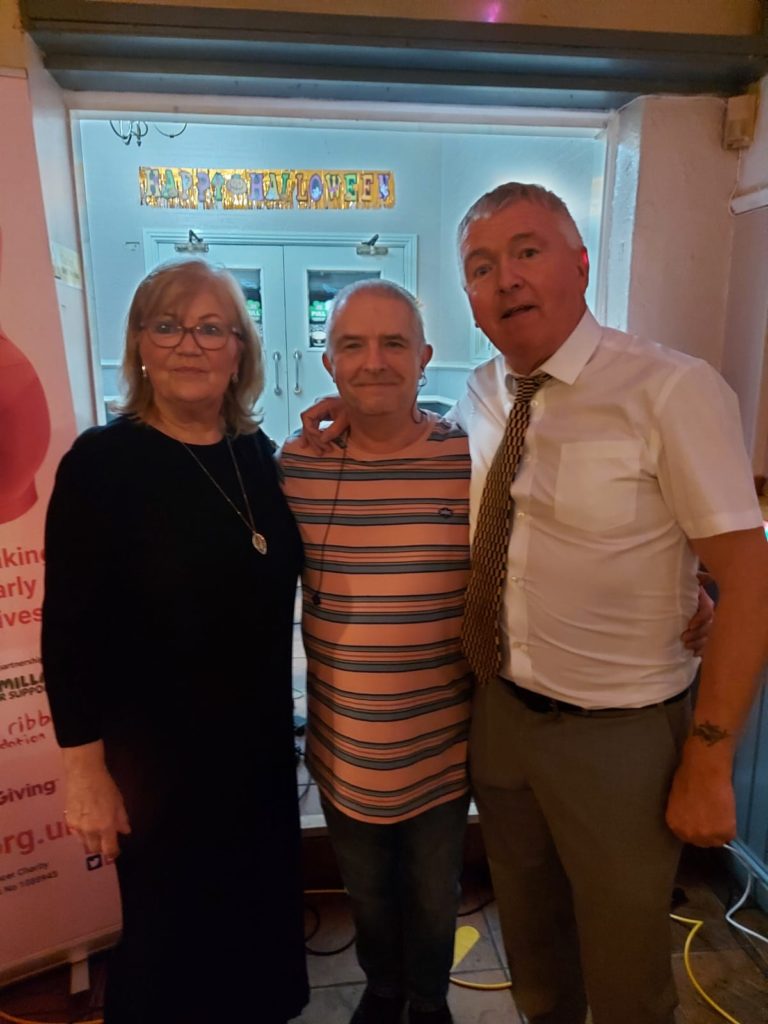 “I would like to thank everybody that came along to Scanlons Club to support my charity night for LFBC,” he told The Irish Post.

“A big shout out to Carol Scanlon who facilitated the evening and to Marie Mccarthy who very kindly donated a wonderful prize for the event,” he added.

“Thanks also to Eileen Fegan and Jan Johnson from LFBC, to Diane Pearce who kindly helped out on the night, and to Fran the Man for his infectious entertainment.”

He confirmed: “A fabulous amount of £1,162 was raised and continues to maintain my inspiration to keep supporting this wonderful charity.

“This will make a difference.”

Since then, with the help of his many supporters, he has managed to raise a whopping £3million for good causes.

The former Irish Post award winner, who was also the recipient of an MBE, lost his wife of 28 years Karen to breast cancer six years ago.

It is only now he feels ready to get back into fundraising, he says – and confirms that his chosen charity LFBC were a “great support during Karen's illness”.