IRELAND BEGAN THEIR FIBA EURPOPEN CHAMPIONSHIP FOR SMALL COUNTRIES with a 96-81 win over Andorra at the National Basketball Arena.

John Carroll top scored with 24 points, while Jordan Blount had 20 points, 12 rebounds, five assists, one steal and two blocks. Lorcan Murphy also impressed with 20 points, including a couple of trademark dunks, one of which at the end was greeted with a flex of his muscles in celebration.

Murphy opened the scoring with a layup in the first 10 seconds. Bar levelling straight afterwards through Guillem Colom, Ireland lead throughout after that.

Debutant Will Hanley got his first points for Ireland midway through the opening quarter with a layup and settled in nicely with seven point contribution in the opening 10 minutes. Murphy and Carroll also picked up seven in the quarter as Ireland led 29-23. 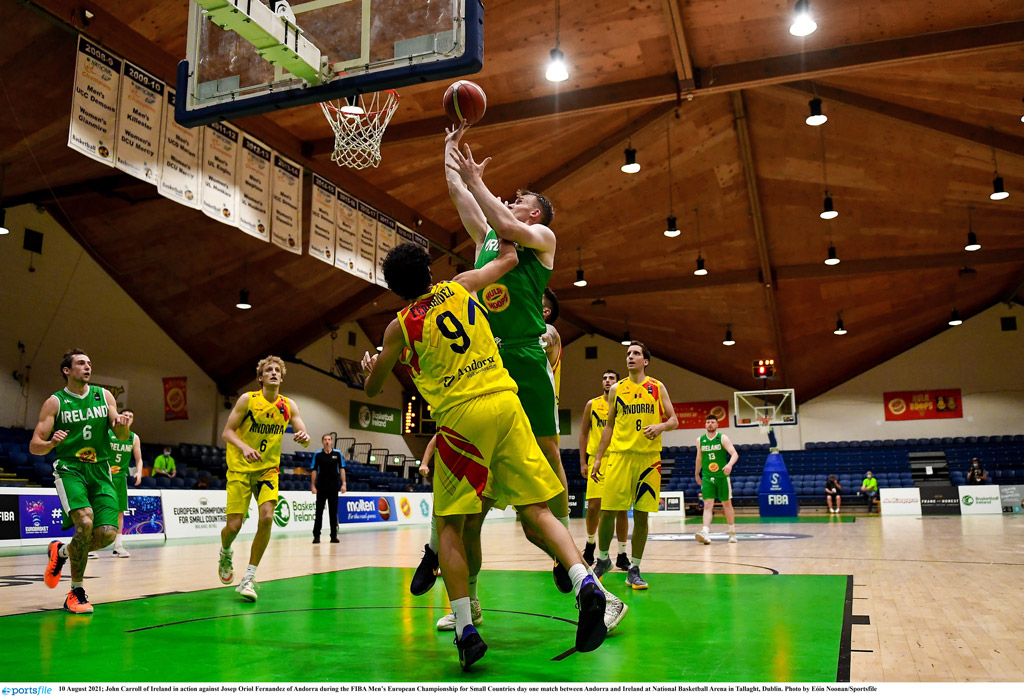 Ireland established a 12 point lead with a little over three minutes in the second quarter, but were pegged back by two lovely three pointers, one from the impressive Colom, who had 19 points by the break.

Griffith College Templeogue’s Murphy dunked to open up a 10 point advantage 46-36. Carroll chipped in with a dunk of his own with just under two minutes to go in the half, when he drove the baseline to make it 52-41 and then picked up an extra point from the free throw line after being fouled. A Murphy layup was the final points of the half and Mark Keenan’s side led 57-45 at the half-time break.

Ireland continued to build a score in the third quarter, a Jordan Blount layup opened up a 17 point lead with a little over three minutes left in the quarter, 71-54. Andorra’s three point shooting was keeping them in the game, another from Bruno Bartolome at the end of the quarter meant they trailed 78-60 going into the final quarter.

Andorra kept themselves in contention, but a nice three from Sean Flood saw Ireland lead 87-69 midway through the quarter. It was a typically energetic performance from Murphy, his dunk with less than two minutes to make it 93-77 saw that flexing muscles celebration.

Speaking afterwards Murphy said: “I wanted to finish strong through the contact, I wasn’t getting much foul calls, so I just thought go hard at the rim and that happened.”

Head coach Mark Keenan was pleased to have picked up a victory: “Delighted to get a win under our belt in the first game. It probably wasn’t pretty at times. We knocked in 57 points in the first half, so I have to be really happy with that and we gave up 45, which is probably a little too much, so the focus at half-time was our defence needed to be better, that number needed to come down in the second half and I think we got them to 36 in the second half. So delighted to get our first under our belt, but not over the moon either, because it was scrappy, we’ve got a lot of work to do still, but a good start to the tournament.” 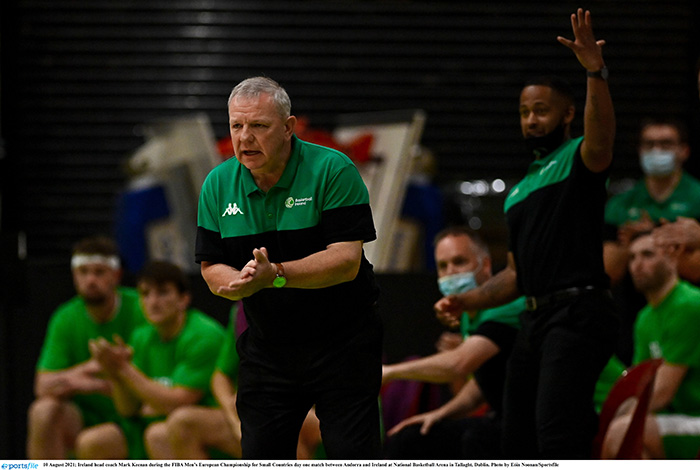 Ireland's next game is against San Marino on Thursday. Check here on Thursday for the Live coverage link

They (San Marino) were defeated 96-65 by Malta in the tournament’s opening game, with brothers Aaron Falzon and Tevin Falzon top scoring for the victors, with 32 and 20 points respectively.