THE BBC has come under fire for “taking the mickey” out of newly elected DUP leader Edwin Poots’ religious beliefs.

Ian Paisley hit out at the broadcaster during an appearance on the BBC’s Newsnight programme where Poots was described as "a creationist from the party's Free Presbyterian roots, who once banned donations of blood from gay men".

The introduction angered the DUP MP for North Antrim who claimed the broadcaster had “lambasted” Poots because he is “a man of faith”.

A spokesperson for the BBC has refuted these claims.

During his appearance on Newsnight, Paisley told presenter Faisal Islam the BBC had mocked the DUP leader’s religion adding that they “wouldn’t do that if he was a Muslim.”

"I would say absolute cobblers to your programme so far," he told Islam.

“I’m reminded of the Frank Skinner line, you can be anything in Britain today except a Christian.”

“The BBC want to lambast the man because he happens to be a man of faith and they want to take the mickey out of his religion, you wouldn’t do that if he was a Muslim...

“He has never been in a position where he would try to force his faith down your throat or anyone else’s throat, he would not allow those things to get in the way of how he engages in policy and policy-making.” 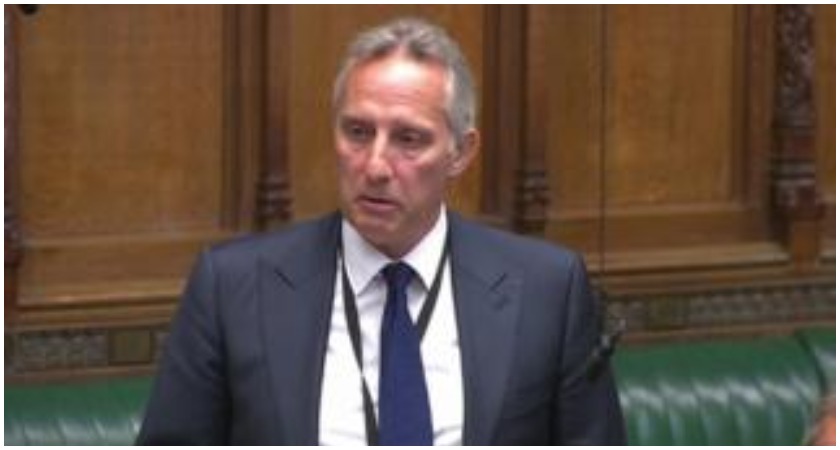 Paisley said the focus should have instead been on Poots’ desire to make Northern Ireland “work”.

“He has an excellent track record of working with Sinn Fein, of working with John Finucane's colleagues and other people across the board to try to make this place a better place," he said.

A BBC spokesperson has responded to the claims, insisting “At no point did anyone on the programme mock religious beliefs.”