THE LATE Sir Terry Wogan has been honoured at the location where he hosted his famous Radio 2 show, by having the building named after him.

BBC Western House in central London – where the legendary Irish broadcaster hosted various Radio 2 shows between 1972 and 2009 – has been renamed Wogan House.

The Wogan family were in attendance at the inauguration of Wogan House, where new signage was revealed bearing his name. 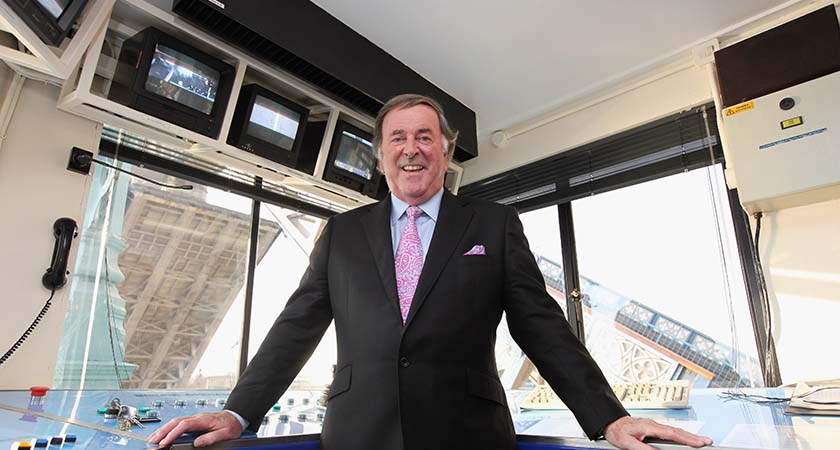 In a statement, the Wogan family described the tribute as a “wonderful gesture”.

“BBC Radio 2 was such an important part of Terry’s life,” they said. “He spent so many happy years there doing what he loved - chatting and laughing with the listeners from his studio in BBC Western House every weekday morning,” they said.

“We are so proud that the building is being renamed Wogan House in his honour, the whole family are extremely touched by such a wonderful gesture.”

Mr Shennan, the BBC’s director of radio, said the move had been an “honour” for the broadcaster.

"Terry was a much-loved Radio 2 personality and it is right we honour him in this way. Each time we all walk through the doors of Wogan House we will be forever reminded of him – his warmth, wit and endless charm,” he said.

Sir Terry died in January surrounded by his family in Buckinghamshire, after a short battle with cancer. 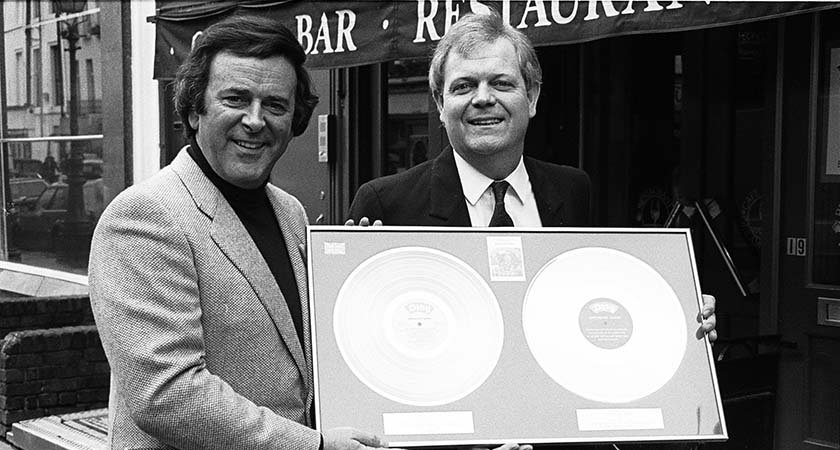 Terry Wogan and Brendan Shine in London 1987 - Sir Terry was a long-time supporter of the Irish community in Britain. Photo - Malcolm McNally

Speaking after the ceremony, Sir Terry’s beloved Lady Wogan said that the move to honour her late husband had been “just wonderful”.

“He’d be excited and very, very happy because he loved this building, doing his morning programme here for so many years,” she said.

“He came here full of the joys of spring every morning. I can’t think of a nicer tribute than changing the name to Wogan House.”

Lady Wogan said that she had been touched by the tributes paid to Sir Terry since his death.

“It’s just been amazing, amazing. I never thought it would be like this but it has been overwhelming and fantastic,” she said.