ONE of Ireland's most treasured actors, Frank Kelly has spoken for the first time about being diagnosed with Parkinson's Disease.

A defiant Kelly told the Irish Sun that he would not let Parkinson's stop him from acting.

The 76-year-old, who famously played Father Jack,  the sweariest priest on Craggy Island in Channel 4's Father Ted, has already had major setbacks in his health, including a five-year fight with bowel cancer. 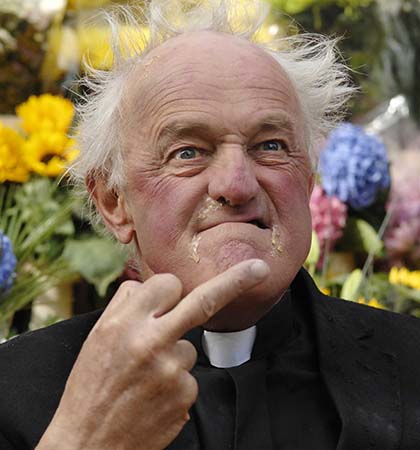 Kelly has been in and out of hospital but was determined speaking to the Irish tabloid recently, saying: “I’ve been working as an actor for over 50 years, and a shaky hand certainly won’t stop me. I remain open to offers for work on stage and screen. I’m quite available and my mobile is always on.” 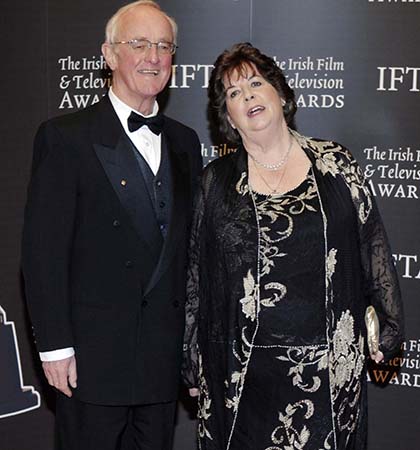 Parkinson's is a progressive neurological condition. There is currently no cure for the disease which causes loss of nerve cells in the brain.

Before his Father Ted  days he was already a well-established face in Irish showbusiness, with roles on RTE's Wanderly Wagon and later on Glenroe.

Kelly has also had much success writing and performing comedy for radio.

In 1982, he had a surprise comedy hit voicing the comedy single, Christmas Countdown (based on the 12 Days of Christmas). It reached number eight in the Irish Singles Chart and 26 in the UK Singles Chart.

This Christmas he will publish his memoir The Next Gig.

Kelly has been married to his wife Barbara for five decades. The couple have seven children together.