GET your blankets and cocoa ready, because we’re all staying up late tonight. What’s that? You’ve got work tomorrow? Well so have we! And let’s be honest, you’re probably just going to be gazing blankly at a screen for hours. So why not get some practice in by gazing fervidly at the night sky instead? I promise it’ll be worth it - You can tell your boss you were up all night prepping for the day ahead.

Tonight, the Perseid meteor shower will reach its apex. Firework-like displays will litter the skies as a cloud of dusty debris from Comet Swift-Tuttle comes crashing (and burning) towards our atmosphere.

The skies will be lit up from around midnight until about 5.30am, so you’ll have plenty of time to catch the display. Those unable to stay up might just catch some flickers and flashes in the wee hours of the morning if you’re enough of an early-bird.

No need for telescopes or even binoculars. The naked eye is more than enough to enjoy the dancing sky.

The meteors you’ll see burning up are, surprisingly, mostly no bigger than a grain of sand, but are hitting the atmosphere at such speeds - around 58km per second - that they produce a shooting stream of light across the heavens, as their temperature rises to as much as 5,000C. 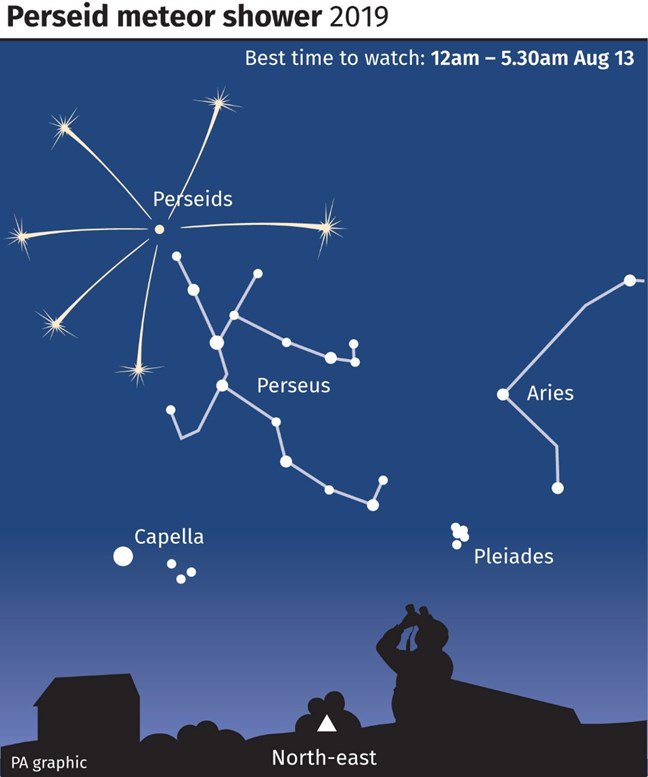 Astronomy Ireland, who have described tonight’s display as “the best meteor shower of the year”, is asking members of the Irish public to help count the meteors, in a bid to try and further understand the cosmic activity.

You can visit their website astronomy.ie for more details, but all you need to do is count how many meteors you see every 15 minutes and send them to the address provided on the site.

David Moore, Editor of Astronomy Ireland magazine, said: “This has real scientific value as we only know how these meteor showers develop by members of the public counting them while they view the beautiful spectacle of nature that is a meteor shower.

“A few clouds won’t spoil the view especially as you have all the hours of darkness to see them and this shower is known for producing some brilliant fireballs.

“I remember seeing one that lit up the whole countryside like daylight for a few seconds,” he added.