U2 FRONTMAN Bono reckons Matt Damon is staying in Ireland during the coronavirus crisis because it’s preferable to being back in America at the moment.

Speaking to Ryan Tubridy on RTE Radio One, the Irish music legend joked that the Contagion star is spending lockdown in Dalkey, south Dublin, because Ireland is handling the pandemic better than the US.

"He's showing confidence in the country. He could have left. He sees the madness that's going on in his own country and he loves it here,” he said.

Damon has been renting a lavish property with his family in Dalkey ever since lockdown began, having found himself in Ireland ahead of filming on his latest project, The Duel.

Prior to the introduction of the government restrictions, the Oscar winner was even snapped posing for pictures alongside star-struck locals who described him as a friendly, down-to-earth presence.

But despite Bono praising Damon as an “incredible human” who has ingratiated himself with the community during regular walks around the local area, he’s not without his faults.

“One thing that really annoys me about him is that all the locals here have voted him sexiest man in Dalkey, which I find offensive,” the U2 icon said. 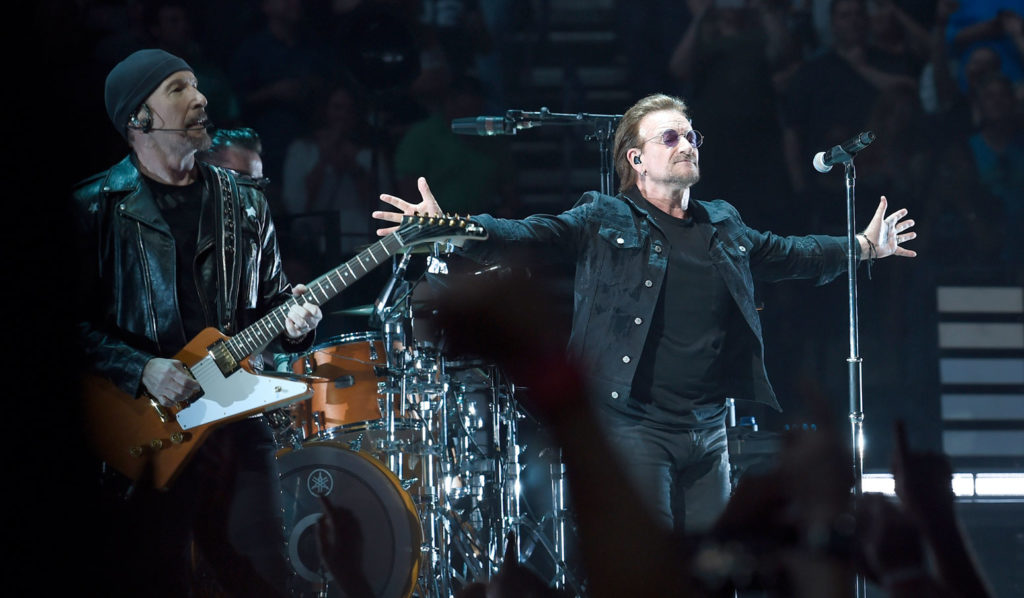 During the RTE interview, Bono also spoke of his effort to secure personal protective equipment for Ireland’s healthcare workers and how it was Finance Minister Paschal Donohoe who suggested he contribute in this way.

"Early on I was trying to think how I could be useful," the Dublin rocker said.

"I got a call from Paschal, talking about how I could contribute. I thought probably the best thing is figuring out how this PPE procurement would work out.

“The band are a little funny about public philanthropy because its part of promotions so we've always been wary of it.

"But we wanted to do something serious and show solidarity with the frontline medics. And not just the carer but everybody who's out there.

"It's a really extraordinary market. And countries are getting pushed aside.

"I just thought well this is what we can do. We have relationships in China.

"Everyone was just trying to make sure that we wouldn't be stuck without those masks and gowns but we were, it's really difficult.

"It's a small contribution in truth but I think we could just about afford it so we did."

Reflecting on the likely impact the pandemic will leave behind, Bono admitTed the world will be a very different place once the threat of COVID-19 dissipates.

"I think when we surface from this the world is going to have changed. And I hope one of the things that changes about it will be our view of who are most important people in our work force are,” he said.

"And it's not just those nurses, doctors and care workers, it's the taxi drivers, it's the people who stack the shelves. It's turned this thing upside down and I'm grateful for that."