THE PRIME Minister of the United Kingdom has today dismissed the safety net to prevent the return of a hard border to Ireland as ‘anti-democratic’.

He made the comments in a letter to the EU ahead of his meeting with German Chancellor Angela Merkel which is due to go ahead today.

Mr Johnson will meet Ms Merkel in Berlin to discuss Brexit, changes to the deal negotiated by his predecessor Teresa May, and the possibility of scrapping the backstop.

However the EU has said time and time again that there will be no changes to the backstop—meaning the probability of the UK leaving without a deal is growing ever more likely.

Mr Johnson has confirmed that the UK will leave the EU on the newest deadline of October 31st with or without a deal, despite warnings that it will throw the economy into turmoil and disrupt travel, food and medicine supplies.

Ahead of the meeting, the German Chancellor Ms Merkel said that if there was another solution for Ireland which held up the Good Friday agreement and prevented a hard border on the island, there would be no need for the backstop, according to the BBC. The question is whether this solution can be found. 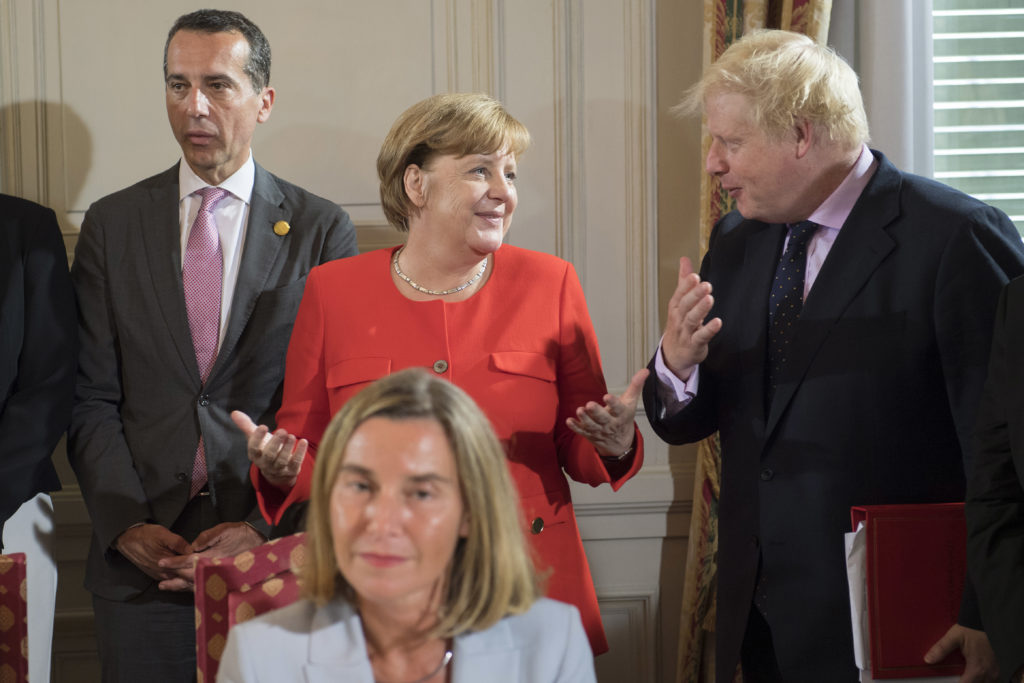 Mr Johnson’s meeting with Ms Merkel is the first in a long line of conferences with world leaders to discuss Brexit. Tomorrow, 22 August, he will travel to France’s capital to meet President Emmanuel Macron.

Saturday 24 August brings the G7 summit, which will see Mr Johnson meet US President Donald Trump, who has promised a trade deal between the US and the UK after Brexit—despite members of congress and house speaker Nancy Pelosi pledging to block any proposed deal should Brexit damage the Good Friday Agreement.

On Monday 19 August, Mr Johnson wrote a 4-page letter outlining his Brexit plan, and within it claimed the backstop would actually harm the Northern Ireland peace process, but did not offer an alternative solution for the border problem except for a vague comment about using technology to solve the issue.

The UK voted to leave the EU over three years ago. The original deadline to exit was 29 March 2019.