THE PRIME Minister of the UK has pledged to make changes to the law which has allowed families of those unlawfully killed in the Troubles to prosecute the soldiers involved.

Should the Conservatives come into power after the UK’s general election on December 12th, Boris Johnson has promised a series of changes to the Human Rights Act so that it does not apply to any issues which occurred before the act was written into law in the year 2000.

Among others, this could affect cases similar to that of ‘Soldier F’, who was charged with murder and attempted murder due to his actions on Bloody Sunday, where it was found that he had shot and killed two unarmed civil rights protesters in the back as they fled.

An inquiry into the massacre decided that Soldier F should face trial for the murder of William McKinney (27) and James Wray (22) as well as for the attempted murder of Joseph Friel, Joe Mahon, Michael Quinn and Patrick O'Donnell.

Mr Johnson’s party has pledged to end ‘unfair trials’ of veterans where no new evidence has come to light and where accusations have been fully questioned in court, according to The Irish Independent.

Should the Conservatives win a majority in the upcoming election, they have proposed giving the Law of Armed Conflict priority over the Human Rights Act, meaning that peacetime laws will not apply to those in the armed forces if they are on military operations.

The proposed changes to the law make up part of a series of promises made by Boris Johnson and the Conservatives regarding veterans and those currently serving in the armed forces, such as guaranteed job interviews in the civil sector; extended childcare support for military parents and extra measures to incite UK companies to hire veterans. 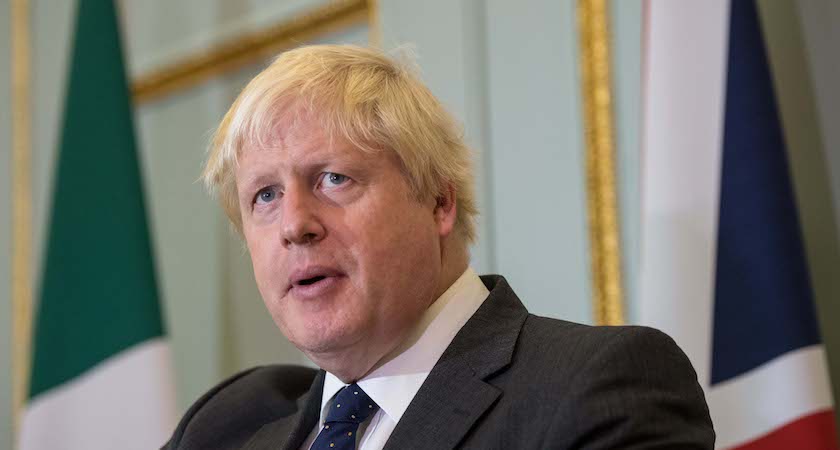 "We salute you and we will always support you." (Photo by Chris J Ratcliffe - WPA Pool /Getty Images)

The proposals come at a time where the UK are commemorating those who fought in the British Army, with Armistice Day falling today, Monday 11th, and Remembrance Sunday having taken place yesterday, Sunday 10th November.

Mr Johnson said of the proposals:

“As we remember the ultimate sacrifice made by our brave men and women for their country just over a century ago, it is right that we renew our commitment to the soldiers, sailors, marines, airmen and veterans of today.”

He went on to say:

“If I’m elected on the 12th of December, I want the message from my government to our Armed Forces to be louder and clearer than ever – we salute you and we will always support you.”