A TREMENDOUSLY brave seven-year-old boy who saved his infant sister from a dog attack says he's "proud" of his facial scars.

Young Bridger Walker required 90 stitches after he risked his own life to stop a vicious canine attacking his little sister Nicole just over 12 months ago in Wyoming, USA.

He was mauled by the dog, who bit him several times on the head and face during the ensuing struggle which allowed Nicole to escape.

Bridger has since undergone multiple procedures to reduce the scarring, but the little boy insists he doesn't want them to disappear completely.

"My wife and I asked him, 'Do you want it to go away?' And he said, 'I don’t want it to go all the way away',” Bridger's father told People magazine.

"Bridger views his scar as something to be proud of, but he also doesn’t see it as being representative of his brave act. He just perceives it as, 'I was a brother and that’s what brothers do.' 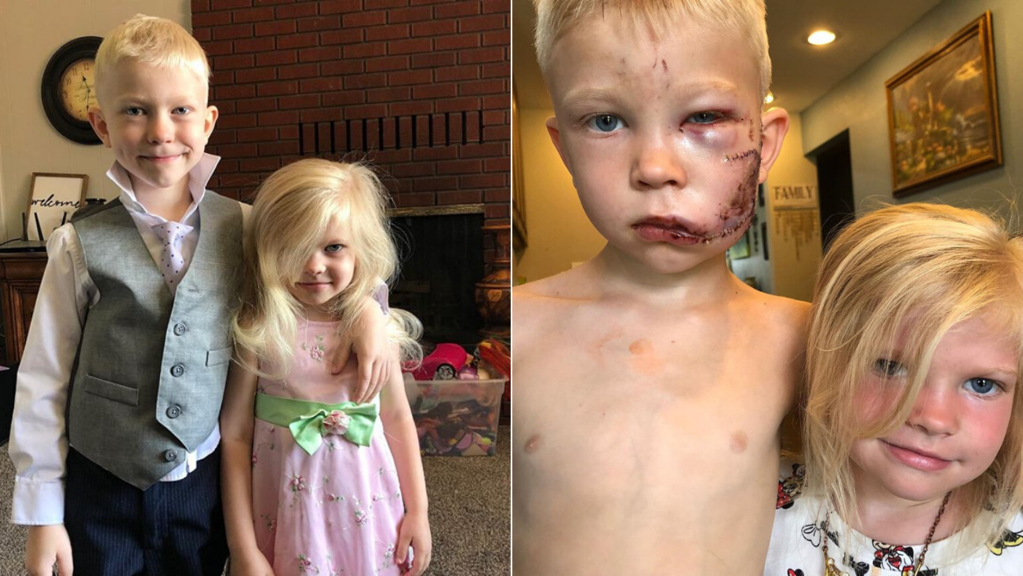 "It’s a reminder that his sister didn’t get hurt, and that she is okay."

His father revealed that Bridger is even reluctant to be called a 'hero', and often wonders whether he could have done even more to protect his sister.

When news of Bridger's heroism went viral, a number of celebrities reached out to the family with gifts and letters, including Chris Evans, Mark Ruffalo and Brie Larson - as well as hundreds of strangers all over the world.

"It was certainly unexpected when everything went viral," Robert said. "It is not something we’d ever want to relive, but the light certainly outshone the darkness by exponential degrees."