BRENDAN GLEESON delivered a powerful statement of remembrance for the 14 people killed on Bloody Sunday in Dublin 100 years ago.

The actor was among those present at a special socially-distancing ceremony held to mark the centenary of the incident in which security forces opened fire on the crowd at a football match between Dublin and Tipperary on November 21, 1920.

Gleeson paid tribute to those lost with a poignant address from Hill 16 which saw him read out each victim’s name while a flame torch was lit in their honour.

The Irish actor then proceeded to read a special narration written by author Michael Foley, paying tribute those lost a century ago. 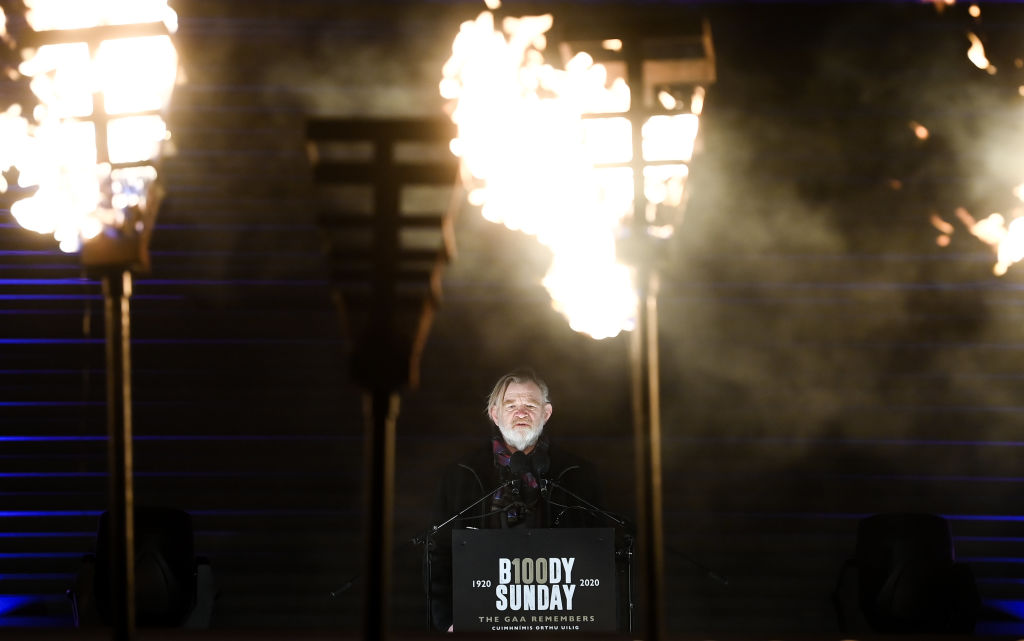 “Tonight we remember each victim and honour the grief carried by their families down through the decades.”

“They come alive again in the stadium in the 10-year-old child thrilled by the prospect of a day in Croke Park, in the couple in love at a football game holding hands, lost in the game and each other.

“They live again in young people making their trip to Croke Park part of one long weekend adventure, they live through older ones going to the matches following the tradition handed down to them.

“They are our family, our friends, our people.”

'In 90 seconds, 14 people lay dead and mortally wounded on the field and banks of Croke Park and on the streets outside. Tonight, 100 years on, we pause to remember them all: the 14 who went to a match, and never came home.'#B100dySunday pic.twitter.com/pjmQpt8EWc

Footage of Gleeson’s address has already been uploaded to social media, where it has been shared and liked more than 10,000 times in less than 24 hours.