MRS BROWN’S Boys is set to remain part of the annual Christmas TV schedules after creator Brendan O’Carroll signed a new deal with the BBC that will see him produce festive specials of the hit show until 2026.

According to the Irish Sun, O’Carroll has put pen to paper on a “massive new deal” with the British television broadcaster.

The deal will not only see Mrs Brown remain on our screens but is also reported to contain a clause whereby the BBC must show the special in the coveted 10pm slot on Christmas Day.

Speaking to the tabloid, O’Carroll described the terms of the deal as “incredible”.

“We’ve been doing it in for nine years already — which is six more than the Royale Family had and more than Morecambe and Wise,” he said.

“This new deal we signed last week goes all the way to 2026, which means I will be able to grow into the part, and we’ve a clause in which guarantees Mrs Brown is aired at 10pm on Christmas night, or else we don’t have to make it.”

The comedian and actor explained his reasoning behind the inclusion of the clause.

“I wanted that because if it’s not good enough for Christmas Day, then we shouldn’t be making it,” he said. 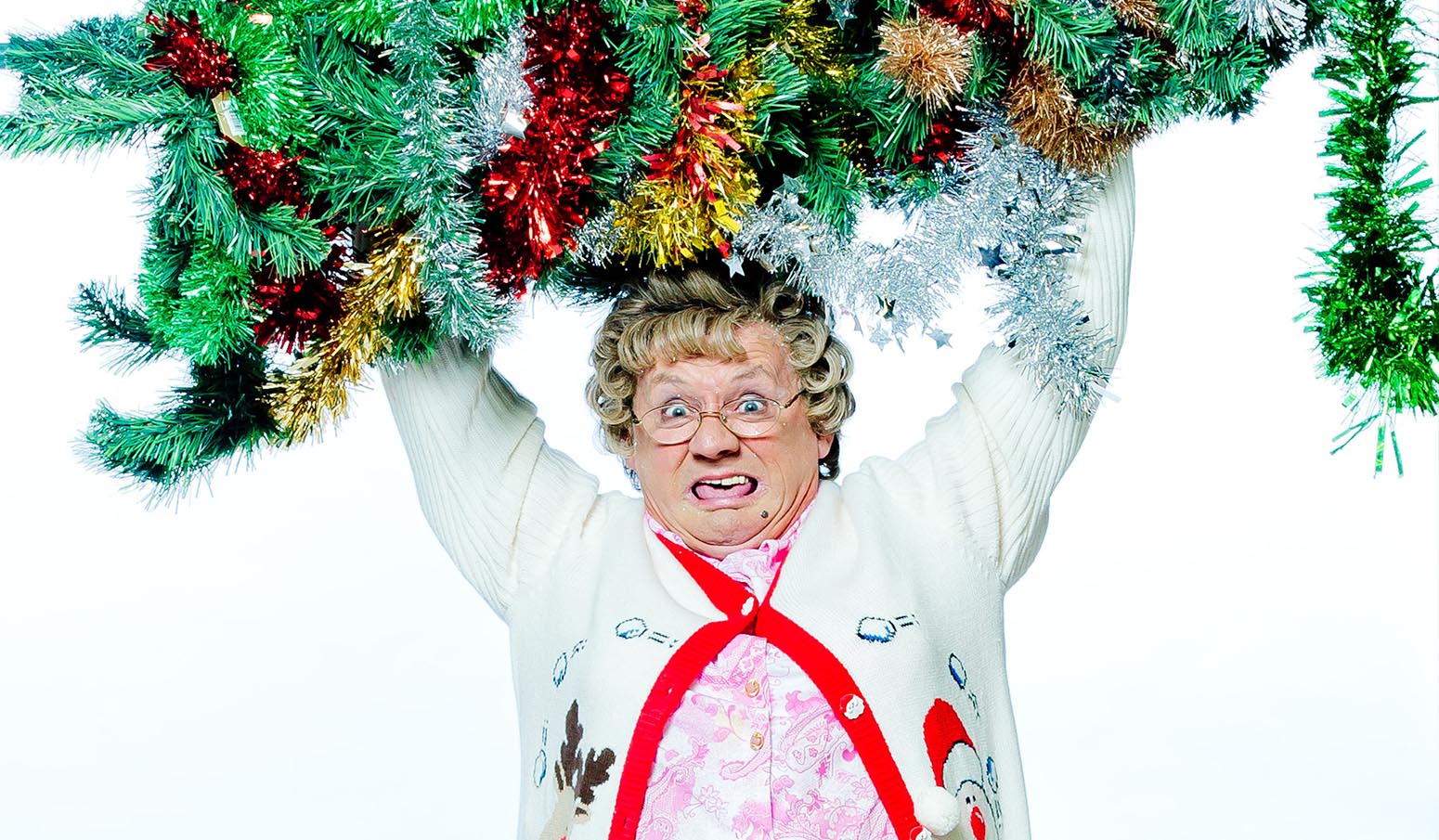 [Picture: Alan Peebles]
O’Carroll is looking forward to spreading a little Christmas cheer after a year and is set to pay for 1,500 Christmas dinners for families living in poverty to enjoy.

Like so many across the world, O’Carroll suffered personal loss following the sad death of his older sister Fiona earlier this year.

Fiona, who had suffered with Chronic obstructive pulmonary disease (COPD) in recent years, passed away at her home in Toronto, Canada, after contracting pneumonia.

Coming prior to the coronavirus pandemic, O’Carroll was able to fly out and be at her side before she passed.

“She was an exceptionally, kind generous, person,” O’Carroll told the Irish Sun.

“Any of my good points come from her. She was an exceptional person, a beautiful person.”

The Mrs Brown’s Boys also shared his final exchange with his beloved sister.

While a small service was held in her honour, he is planning a larger service for her friends and extended family once the pandemic has passed.