BRITISH people are the biggest drinkers in the world, outranking the Irish, according to a new study.

On average, people in the UK get drunk 51.1 times a year, considerably more than the Irish, who get drunk 40.7 times a year on average, just the seventh highest country on the list. (Seventh - really? Come one) 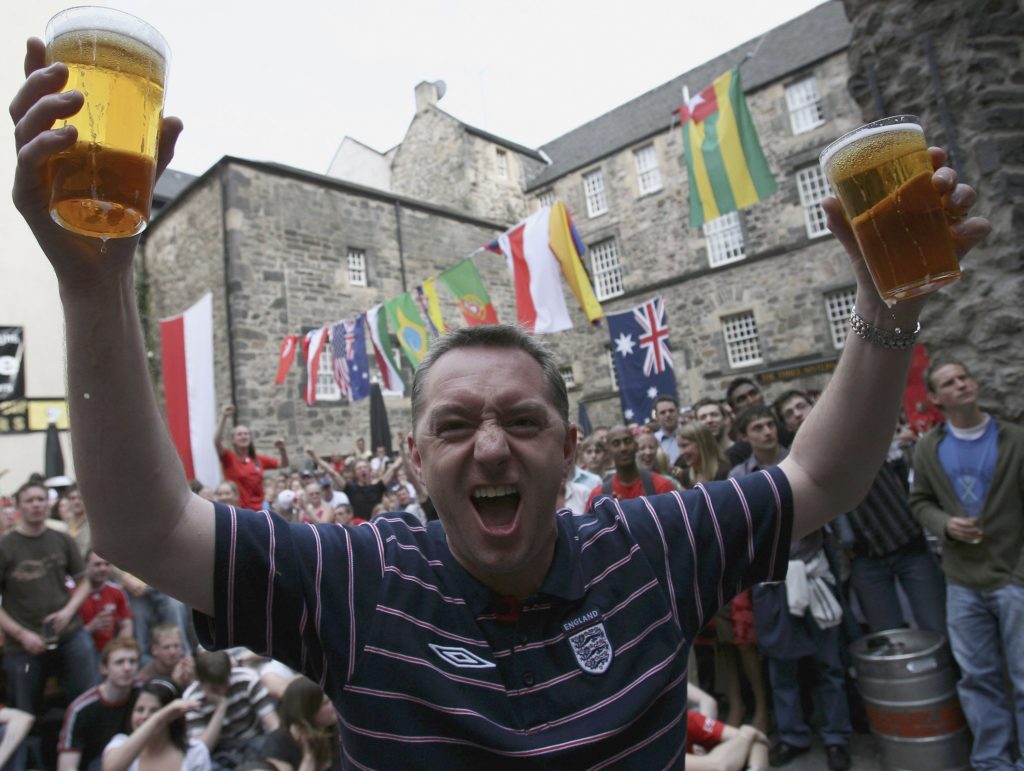 Brits are the biggest drinkers in the world, getting drunk on average around once a week, according to a study

Following the Brits is the USA, Canada, Australia, Denmark and India, while Mexico, Czech Republic and Finland complete the top ten.

Ireland’s low ranking may come as a surprise to many an Irishman (and woman) who can probably drink their British friends under the table - honestly, we’re as shocked as you are! 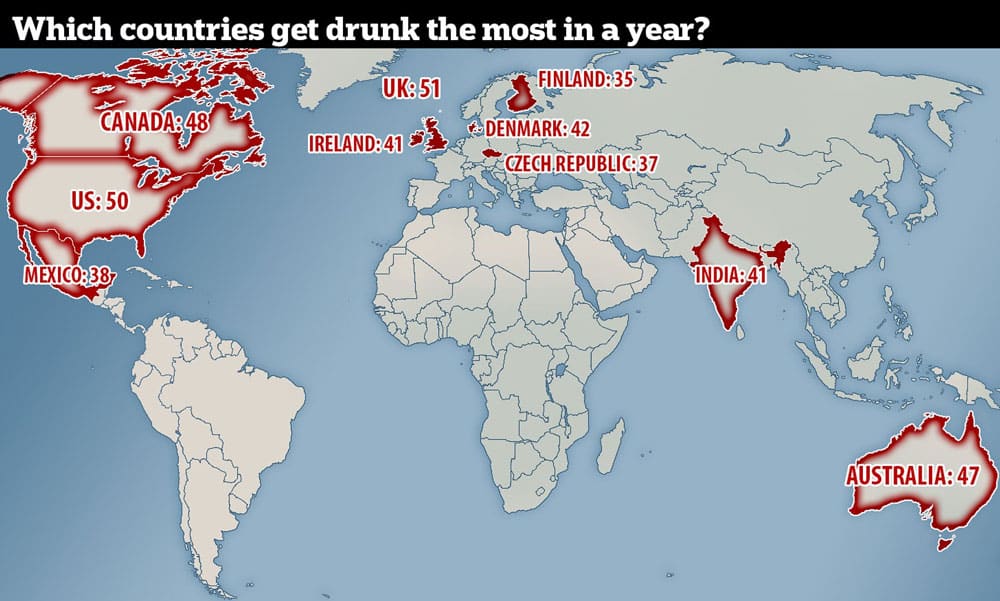 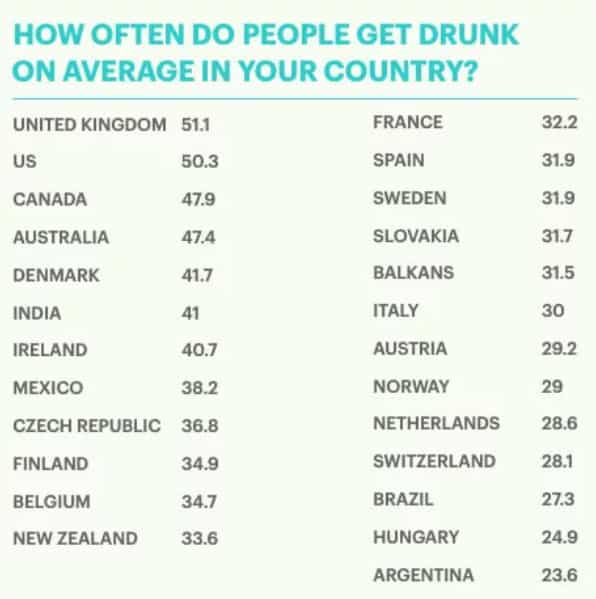 The drinking culture in Ireland and the UK is well documented with the ‘pub scene’ relatively unmatched anywhere else around the world.

Irish pubs and bars are littered across the US and throughout Europe and Ireland’s reputation as excessive boozers is famous, but it appears the British are the real kings of drink.

It’s telling that five out of the top six countries on the list are former colonies of the British Empire. Clearly the notion of ‘heading down to the Winchester, having a nice cold pint and waiting for this to all blow over’, travels well. 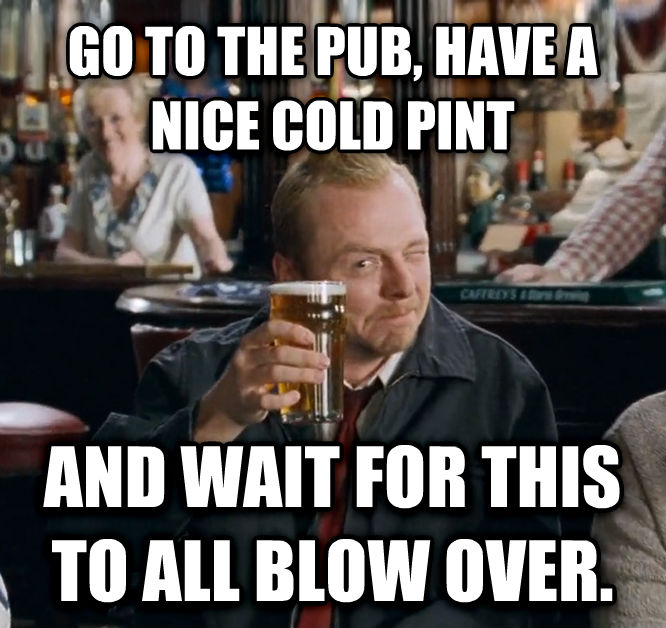 The study isn’t the most comprehensive, mind. Just 36 countries were included in the survey.

For all we know, The Pope is holding all-night sessions at the Apostolic Palace and the Vatican City should be topping the list. I guess we’ll never find out now.

Ireland’s low score could well be because we’re just better than most at getting on with it after a few nips of the good stuff. You’re only ‘drunk’ if you’re on the floor - not if you’re on the table - right?

It’s up for the debate I guess, we can discuss it later. Pub anyone?