THREE British Army officers have denied charges relating to the death of an Irish soldier who was killed by a stray bullet.

Ranger Michael Maguire, of the 1st Battalion, The Royal Irish Regiment, was taking part in a live ammunitions training exercise in Wales six years ago when he sustained a fatal head injury.

Capt Jonathan Price has denied a charge of manslaughter, while Col Richard Bel and CSgt Stuart Pankhurst pleaded not guilty to a charge of negligently performing a duty.

A court martial will begin in Bulford, Wiltshire on May 14 and is expected to take about six weeks to reach its verdicts.

Ranger Maguire, who was originally from Co. Cork, lost his life at the Castlemartin Training Area in Pemrbokeshire in May 2012.

The exercise which resulted in his death involved soldiers firing live rounds at both static and pop-up targets. 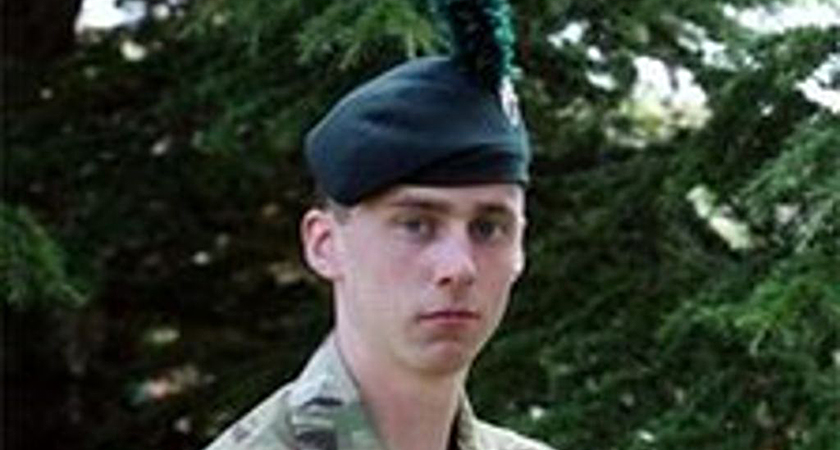 Ranger Maguire joined the Army in 2010 and served in Afghanistan prior to his death.

At 6ft 7in, the Irishman was one of the tallest soldiers in the British Army and was known by his comrades as High Tower.

The 21-year-old joined the army in 2010 as a teenager and served in Afghanistan before his death.

In 2013, an inquest in Cardiff found that Ranger Maguire was unlawfully killed by a stray machine gun bullet.

The jury heard that after Mr Maguire was struck, more bullets whistled over the heads of his friends as they tried to save his life, and the lives of civilians may have been put in danger.

They were also told that the incident may have been caused by a badly aligned target, meaning the machine gunner was shooting inland rather than out to sea.

Speaking after his son's death, Michael Maguire Sr said: “Mike was my youngest son. He was a sporting, fit lad and very likeable.

"He loved army life. He was planning to come home for his 22nd birthday.

"I loved Mike dearly and I will miss him terribly.”