BURGLARS have targeted a church in Co. Tyrone in an attack police have described as ‘abhorrent’.

St Theresa’s Roman Church in Sion Mills, around four miles south of Strabane, had its stained glass windows broken in the burglary.

Police say a blood stain left at the scene by the burglars will be forensically examined. 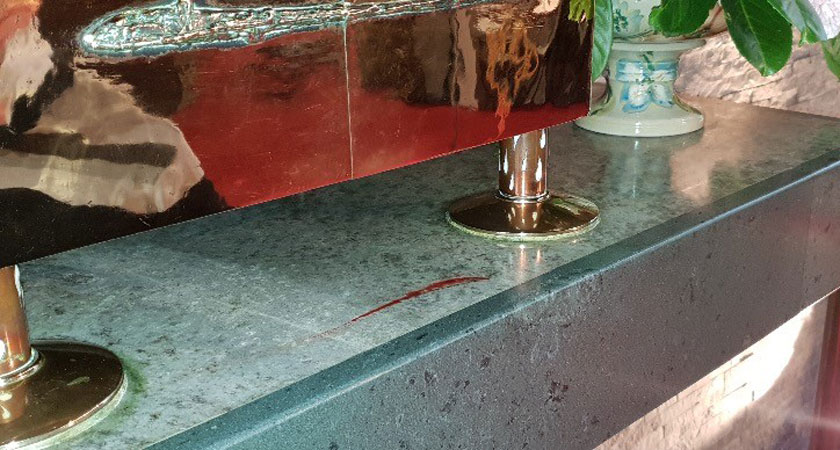 A bloodstain left by the burglars (Image: PSNI Strabane / Facebook)

Meanwhile the 1861 restaurant opposite the church was also targeted.

The perpetrators made off with two tills and an ATM reader, although these have since been recovered.

Posting on the PSNI Strabane Facebook page, officers said the linked burglaries were an attack on the people of Sion Mills.

“Disgustingly, one burglary took place at St Theresa’s Church and as you can see, those responsible gained entry by breaking a stained glass window,” they wrote.

“In doing so they’ve cut themselves and kindly left a blood sample for us to forensically examine.

“A burglary, like any crime is unacceptable but I’m sure you’ll agree that in particular a burglary in a place of worship is particularly sickening and abhorrent!” 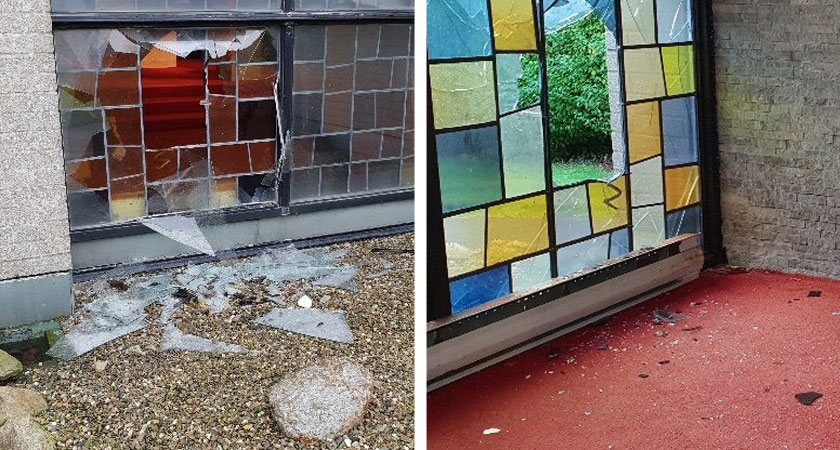 They added: “This is an attack on the people of Sion Mills, local parishioners and local businesses and we would ask anyone in the area who saw anything suspicious, no matter how innocuous it may seem, to please make contact with us on 101.”

Anyone with information should contact police quoting reference number 515 of 21/10/2018.

Alternatively information can be forwarded confidentially via Crimestoppers on 0800 555111.