September 1921: Ernest Shackleton waving goodbye as he embarks on the Shackleton-Rault Expedition to the Antarctic. (Photo by Topical Press Agency/Getty Images)

IRISH explorer Sir Ernest Shackleton is best known for his expeditions to the Antarctic and now the cabin in which he died is being returned to his hometown.

The adventurer – who was born in Co. Kildare and later moved to London – died of a heart attack during his fourth voyage to the Antarctic continent on January 5, 1922.

Now, the cabin – which has been based in Norway since his death – will return to Ireland to form a permanent exhibition in 2016 at the Athy Heritage Centre museum.

Curator of the museum, Margaret Walsh, told The Irish Post that the cabin would complete the "substantial" exhibition that already exists.

“At the moment we’ve got the only permanent display of Ernest Shackleton,” she said. “The cabin will add to Shackleton’s harness, family albums and more that we have in the substantial collection. 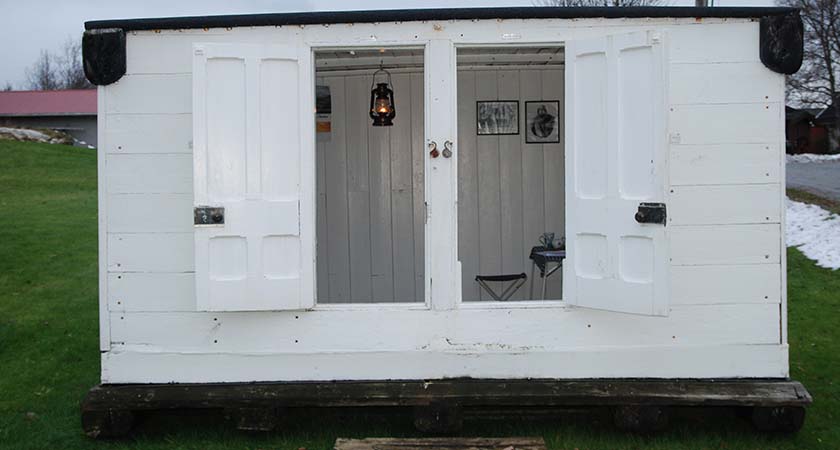 “It’s a big coup for the museum, it completes the life and death cycle of Ernest Shackleton, as the cabin is where he died.”

The cabin is currently undergoing restoration and conservation work, but is expected to go on display next year.

It was originally part of a ship named Quest, which Shackleton used on his final expedition.

Athy Shackleton Committee chairman Seamus Taaffe, said: “Substantial artefacts such as this cabin are rare finds. All of Shackleton's expedition ships have sunk and disappeared, so to have the cabin in which he died is very fortunate, particularly so in this centenary period of the 'Endurance' expedition."

Shackleton was buried where he died on the island of South Georgia in the Southern Atlantic Ocean, but the ship was later bought by Norwegian shipyard owner John Drage.

It was adapted for use as a sealing vessel and later transported to the Arctic Circle in Norway, where it remained until earlier this year.