CHRISTIAN ERIKSEN has issued a statement after suffering a cardiac arrest on the pitch during Denmark’s Euro 2020 clash against Finland.

Eriksen received treatment on the pitch while his teammates formed a protective ring around him.

Medics were eventually able to receive him though doctors did later confirm he was “gone” for a brief period.

The Danish midfielder was transported to a nearby hospital to recover while the game later resumed, with Denmark going down 1-0.

It was restarted at the request of Eriksen, who sent a short message to his teammates from hospital to assure them he was fine.

According to Denmark coach Kasper Hjumland the playmaker relayed a message to his teammates saying: "I think you are feeling worse than I am. I feel as if I'm about to go training now, boys."

Speaking in a statement issued through his agent to Gazzetta dello Sport, the 29-year-old thanked fans for their well-wishes and said he “feels better”.

"Thank you, I won't give up. I feel better now - but I want to understand what's happened," he said.

"I want to say thank you all for what you did for me." 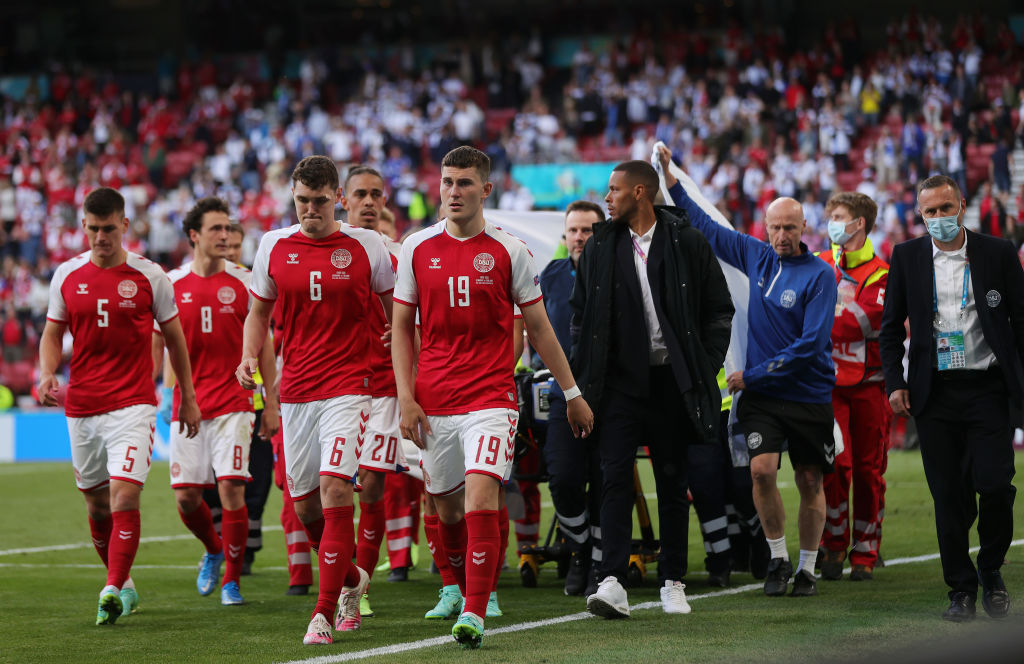 According to Denmark team doctor Morten Boesen all of the midfielder’s medical results have so far been normal.

"The exams that have been done so far look fine," Boesen told reporters.

"We don't have an explanation why it happened. I can't answer that question.

"I didn't see it live, I saw it on screen when it happened. You saw the same as me. No explanation so far."

Boesen did, however, confirm Eriksen had suffered a cardiac arrest.

"We did cardiac resuscitation, it was a cardiac arrest.

"How close were we to losing him? I don't know, but we got him back after one defib, so that's quite fast."

Boesen was also critical of the decision to restart the game, despite it resuming at Eriksen’s request.

"I don't think the right decision was to play the game,” he said.

"We had help from a psychological point of view at the hotel last night. Everyone expressed their feelings and how they saw the situation, and everyone was pleased we did this and talked it through.

"We really appreciated the professional help we have had from the outside."