Denmark's players react as paramedics attend to Denmark's midfielder Christian Eriksen after he collapsed on the pitch during the UEFA EURO 2020 Group B football match between Denmark and Finland at the Parken Stadium in Copenhagen on June 12, 2021. - Denmark OUT (Photo by Mads Claus Rasmussen / Ritzau Scanpix / AFP) / Denmark OUT (Photo by MADS CLAUS RASMUSSEN/Ritzau Scanpix/AFP via Getty Images)

CHRISTIAN ERIKSeN is awake and stable after he collapsed during the Euro 2020 clash between Denmark and Finland last night.

The Denmark midfielder collapsed just before half-time yesterday evening, falling to the ground unconscious as the game was paused for a throw-in.

It immediately became apparent that Eriksen was dangerously ill, and medics performed CPR as his team-mates stood over him to protect the scene from being viewed by cameras.

Fans and Eriksen's wife were in tears as the cameras continued rolling and panned across the stadium- a move which some stations, including the BBC, are now facing public anger for.

The midfielder was eventually carried off the pitch on a stretcher, with reports stating that he may have been awake as he was carried away, and one photographer present stating he lifted his arm. 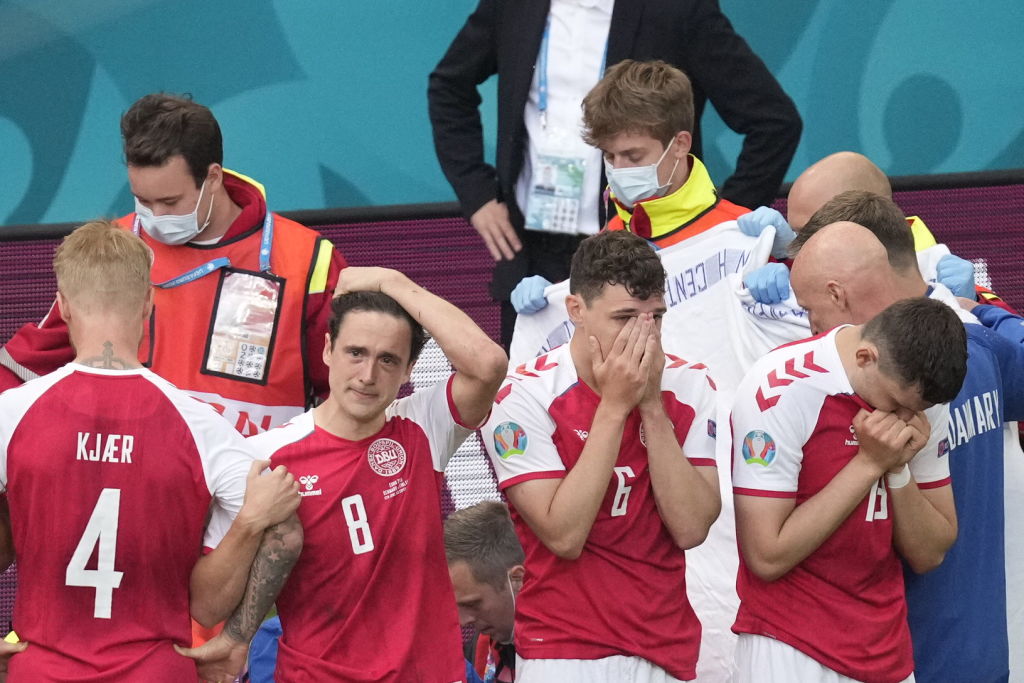 The Demark-Finland match was postponed for several hours, until reports that Christian Eriksen was conscious and in a stable condition in hospital.

A statement issued by Uefa read: "

"The match has been suspended due to a medical emergency which involved Denmark's Christian Eriksen. The player is now in hospital and in a stable condition.

"Uefa wishes Christian Eriksen a full and speedy recovery and wishes to thank both teams for their exemplary attitude."

The game eventually resumed later that night after "the request made by players of both teams": they completed the remaining five minutes of the first half, followed by a five minute half-time break and the full second half. 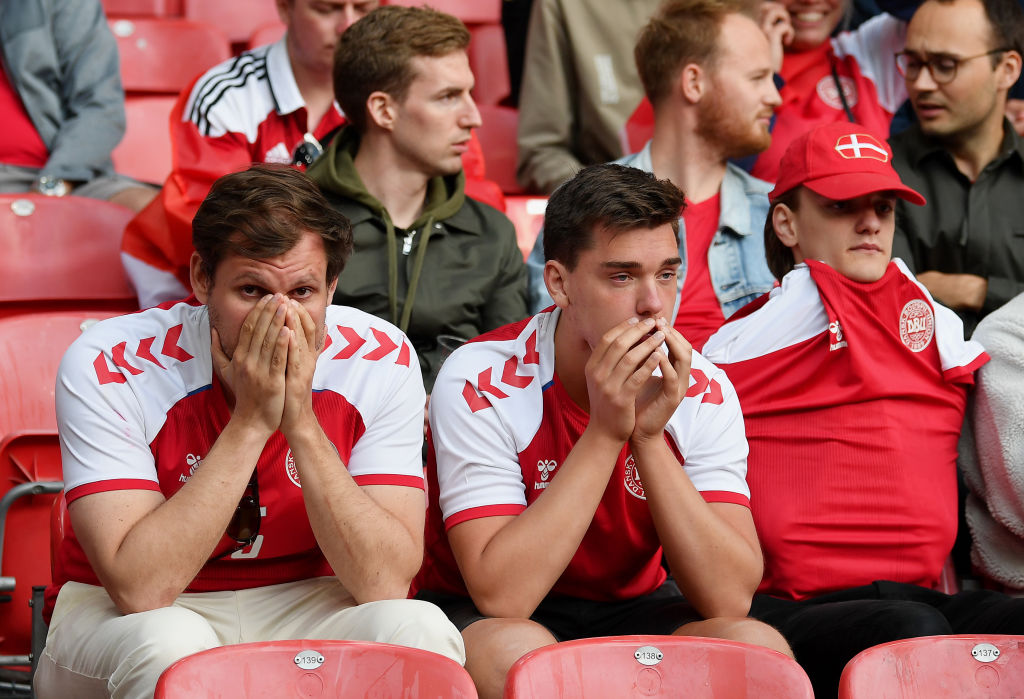 The match was won by Finland, who scored a goal in the second half.

Meanwhile, Belgium won three-nil against Russia, with striker Romelu Lukaku dedicating both of his goals to his Inter Milan teammate Eriksen.

Speaking after the match, Lukaku said:

"I enjoyed the game but for me, it was difficult to play because my mind was with my team-mate Christian Eriksen.

"I cried a lot because I was scared, obviously. You live strong moments together. I spent more time with him than with my family.

"My thoughts are with him, his girlfriend, his two kids and his family."