WHEN I saw Jim Davidson crowned winner of Celebrity Big Brother last month I was more shocked than most because I hadn’t forgotten the racist, sexist, homophobic jokes he had made his stock and trade for years.

Or the time he asked for some wheelchair users to be removed from the audience of one of his shows so that he could do his best one-liners at their expense free from the knowledge that their delicate ears would not be in the room.

I have no idea who the hundreds of thousands of people who voted for him are. At worst they don’t care or quite like jokes that are deliberately at the expense of minorities.

At best they forgot what Jim Davidson did for a living in the wash of controversy surrounding his wrongful arrest as part of Operation Yewtree. But that is the nature of modern news. If it happened yesterday it’s less important than what’s happening today.

You can’t really blame the media for our short memories; they are simply feeding us our news in a manner we have proven to prefer. What’s wrong with that? An awful lot is wrong with that.

The ever-rolling conveyor belt of serious news, pictures of cats in costumes, neknominations, the best goals from the weekend, celebrity wardrobe malfunctions and back to a newer more serious news item might seem harmless as a Twitter feed that we simply browse on our commute.

But when that becomes the preferred distribution of information; when a news story can be buried at the bottom of the feed regardless of its significance; when getting clicks determines whether a news outlet is commercially viable and our Caesar-like wave of the hand over our tablet can dismiss the details of serious corruption or injustice in favour of a ‘chimpanzee riding on a Segway’, a vacuum is created.

We become numb to realities and Jim Davidson can win a democratic vote.

Of course it’s impossible to prove that this is the effect that social network news feeds and on-demand entertainment is having upon us and the Jim Davidson example might just be proof that racists watch Big Brother, but significant stories are getting washed away in the flood.

It’s terrifying that the bombing of the Boston marathon is a distant memory; that Sandy Hook has disappeared from discussion until another more fascinating shooting occurs; that Mikaeel Kular was a news story less than a month ago and now you’ve read his name you’re probably wracking your brain to try to remember if that was the name of the boy that caused a city-wide search in Edinburgh.

It’s troubling because I know it’s affecting me even though I can remember a time when the news was not as transient as this. I can remember the term “news is filtering through” because that’s precisely what it did. 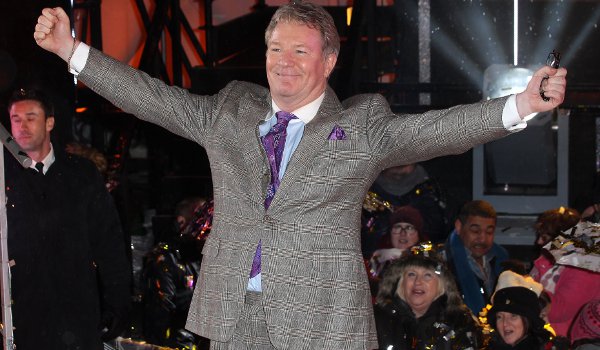 It dripped in and was pieced together. It’s worrying because people in a position of power are aware that a story, no matter how big, can be buried and will be forgotten about in less than two weeks in a worst case scenario.

As far back as 2001 it emerged that a senior Labour Party aide advised on the day of the World Trade Centre attacks that now would be “a good day to bury bad news”.

The Panti Bliss/ homophobia controversy in Ireland proves — if any proof was needed — that Ireland’s national broadcaster is abundantly aware of this too.

Making payments of apology with tax-payers’ money, censoring opinion and attempting to smooth everything over with a more sensational guest the following week is a disgustingly obvious attempt to bury an issue that needs to be discussed but which they are uncomfortable discussing.

And yet we are forced to trawl over the tragic death of Philip Seymour Hoffman when obviously time and space is required for the family to grieve.

Do we want to know about the 50 packets of heroin found in his apartment? Do we need to hear what his wife said to him in their last phone call?

Probably not but the way the ever scrolling, 30-seconds-of-my-attention-per-story, click-and-dismiss, website-driven world of news is set up, this story is as perfect a car crash story as the chimpanzee falling off a Segway or a racist comic becoming a national hero.