CONOR McGREGOR and Dee Devlin are the couple Irish people would most like to 'third wheel' this Valentine’s Day, according to a new survey.

Shockingly, a whopping 54% of Ireland's population would be happy to assume the role of an awkward third party during a date between a celebrity couple this February 14.

MMA star Conor and his long-term girlfriend took the top spot with 20% of the vote in the poll conducted by Deliveroo. 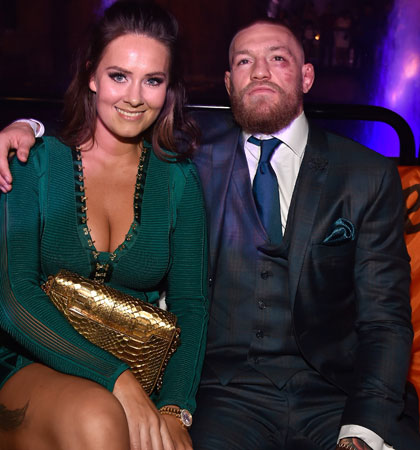 Would you ditch your other half on Valentine's Day to spend time with Conor McGregor and his partner Dee Devlin? (Image: Getty)

That means that one-in-five of us would, if given the opportunity, spend Valentine's Day with Crumlin's finest and his partner rather than with a significant other.

Interestingly, the survey also revealed that 35% of Irish women claim Valentine's Day is not particularly important to them, compared to 42% of men.

Amy Huberman voices her opinion on repealing the 8th amendment