AN Irishman who once donated a kidney to a woman he never met was stabbed to death by a neighbour after a late-night row, a court heard today.

Darryn Madigan, 38, is accused of murdering John Martin, 41, in the early hours of the morning on Sunday 7 August this year.

Mr Martin, a carpenter, originally from County Meath, had been making his way home from a pub in Kingsbury, northwest London, with his girlfriend when he was attacked.

Despite the efforts of emergency services, the victim suffered two deep stab wounds to his side and was pronounced dead at the scene of the attack in Doreen Avenue, Kingsbury.

His lifeless body was found on the front lawn of the block of flats.

Madigan appeared at the Old Bailey today charged with one count of murder. 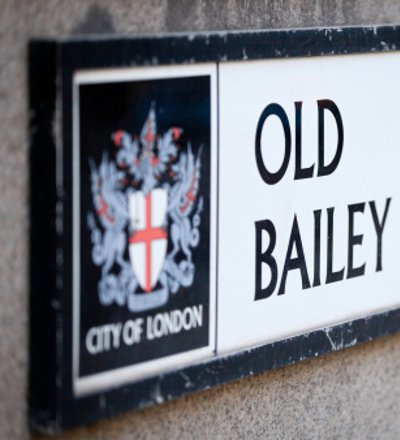 Prosecutor Oliver Glasgow QC said: 'The deceased and Mr Madigan are both residents in flats next door to each other in Kingsbury.

'The allegation is that the deceased returned from a night out with his partner by minicab and a dispute broke out between John Martin and the defendant - the defendant being in the upstairs flat looking out of the bedroom window.

'The allegation is that he left his property and came downstairs armed with a kitchen knife.'

Madigan appeared via video link in a blue T-shirt, and spoke only to confirm his name during the brief hearing.

Judge Mark Lucraft QC remanded him in custody ahead of his trial on January 30 next year.

Following Mr Martin's death, it emerged he once donated a kidney to a woman he had never met after seeing her desperate advert in the paper.

He went straight to hospital to see if he was a match and immediately volunteered for the surgery.

Sharon Keogan, a councillor in Mr Martin's home town of St Mary's, Donore, told the Irish Independent: 'Donore is a very small tight-knit community and the Martins have been a part of that community for a very, very long time and it’s a terrible phone call for any family to take.'

Madigan, of Doreen Avenue, Kingsbury, is charged with murder.

He is due back in court on 26 October for a plea and case management hearing and will stand trial on 30 January.