A STUDENT from Belfast has named a crater on Mercury after Irish poet Seamus Heaney, just in time for World Poetry Day.

Jack Wright, 25, was given the honour of naming the 120km diameter crater, which he has called Heaney, after he identified it while mapping a section of the planet as part of his research for his PhD with the Open University.

It comes a week after a lava field on the planet was named as Gaeilge by an Irish scientist.

The naming of Heaney follows a custom – approved by the International Astronomical Union (IAU) – of naming craters on Mercury after deceased artists, authors and poets. 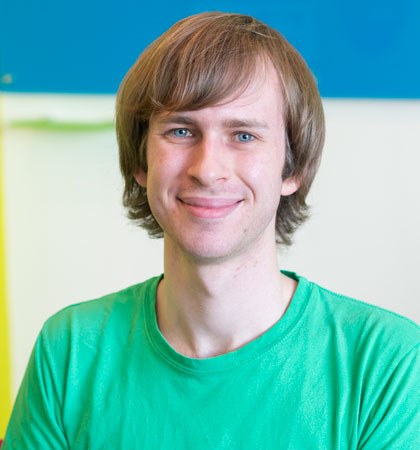 The crater’s new name was announced on Tuesday by the IAU at the 48th Lunar and Planetary Science Conference in Houston – fittingly coinciding with World Poetry Day.

Explaining his choice of name, Wright said: “Seamus Heaney immediately came to mind, not only because he was a Nobel Laureate and one of Northern Ireland's most famous sons, but also because I remember reading Death of a Naturalist, his first published collection of poems, for my GCSE English Literature course.

“This proved to be an important piece of evidence for Heaney's worthiness to have his name given to a crater on Mercury.”

Wright’s research with the Open University is part of an international effort to make a complete set of geological maps of Mercury in preparation for the European Space Agency's BepiColombo mission to the planet, which will launch in 2018.

Derry-born Seamus Heaney, whose works include Field Work, The Spirit Level and a translation of Beowulf, was awarded the Nobel Prize in Literature in 1995.