CROSS-PARTY MPs have called on the government to bring forward legislation regarding the Irish language which was due to be published by the end of last month.

MPs from Labour, SNP, Plaid Cymru, Alliance, SLDP and Sinn Féin met with members of the Irish language community at Westminster to lobby for movement on the Irish language legislation deadline published in the New Decade New Approach agreement earlier this year.

The agreement of January 2020 committed parties and Governments to implementing Irish language legislation within 100 days.

By June 17, 2021, Secretary of State for Northern Ireland, Brandon Lewis gave the Stormont Assembly a final deadline of September 2021 to enact the legislation, otherwise, he committed publicly that Westminster would bring forward the legislation directly by October 2021.

Speaking on June 17, 2021, Mr Lewis confirmed: “I can confirm that if the Executive has not progressed legislation by the end of September, the UK government will take the legislation through Parliament in Westminster.

“If that becomes necessary, we will introduce legislation in October 2021.” 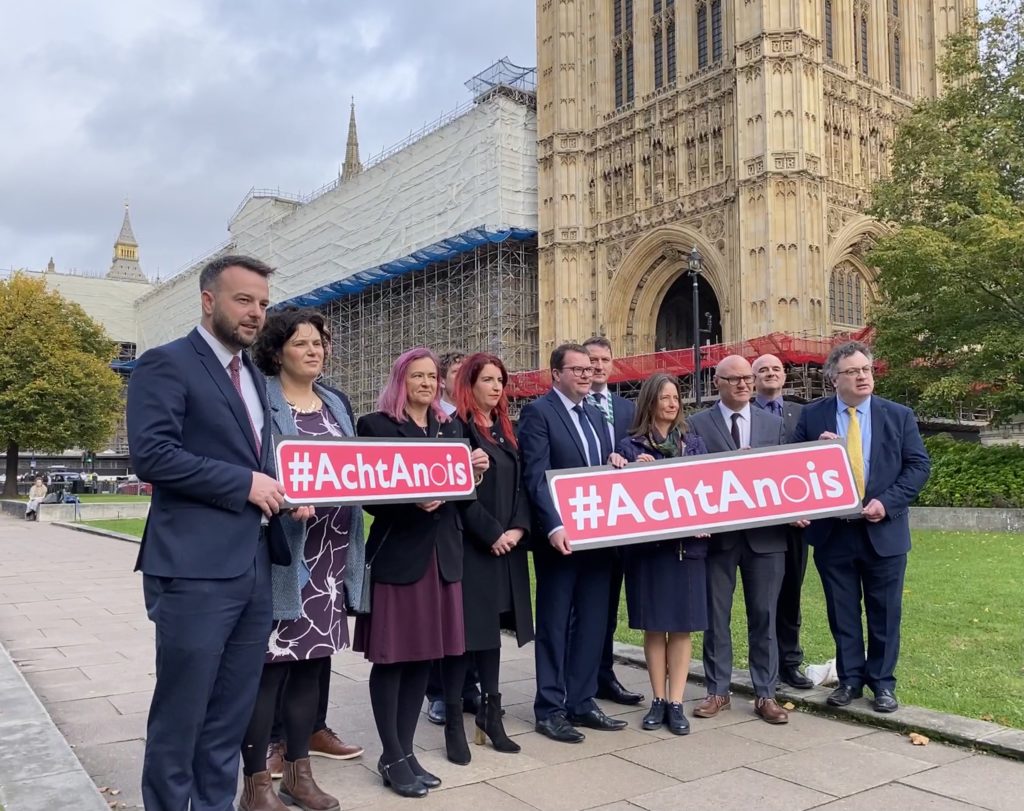 With the October deadline now passed, members of the Irish Language community are committed to seeing the legislation brought forward as quickly as possible.

He added: “It has been 15 years since the British Government initially promised to introduce an Irish language Act at the 2006 St Andrew’s Agreement.

“The legislation will create a new Irish language commissioner, a suite of “best-practice standards” for public bodies, and will repeal a 1737 penal law which has banned Irish from courts for centuries.

“The legislation has been agreed and published. The preparatory work within the Executive Office in Belfast has been ongoing. This is ready to go.

“There is no further legitimate or reasonable excuse for delay. The issue of Irish language rights remains a continuous immediate litmus test for all."

Irish language act will not be introduced before Assembly elections in May, says Lewis