BRITAIN’S newest Irish centre opened its door this week – and The Irish Post was there to take a look around.

The Irish Cultural Centre’s new building in Hammersmith, West London, will have its official opening in June, after more than £3million was raised and invested in the premises.

Plans to redevelop the site began in 2010 after Hammersmith and Fulham Council decided to sell the building.

After receiving funding of £550,000 from the Irish Government in 2012, as well as additional funding from investors and fundraising, the ICC purchased the freehold of the building for £1.5m.

It was decided that the old centre would be knocked down to make way for the new centre, which stands today. 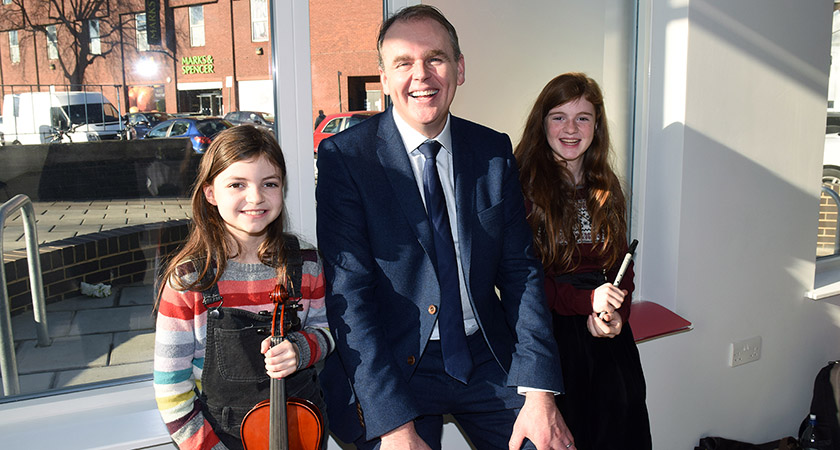 Joe McHugh TD, Minister of State for the Diaspora and Overseas Development Aid, with musicians Francesca and Madelaine Cottrell-Kirby

The ICC celebrated its 20th anniversary in 2015, and the centre received £120,000 from the Irish Government last year to support its services and cultural activities.

It was fitting then that Minister of State for the Diaspora, Joe McHugh TD, was in attendance along with Ireland’s Ambassador in London, Daniel Mulhall, to visit the newly completed site today.

Speaking to The Irish Post during his visit, Mr McHugh said that the centre’s successful completion was indicative of a revitalised Irish community in Britain.

“There’s a cultural revival happening among the Irish community in this country and further afield at the moment,” Mr McHugh said. 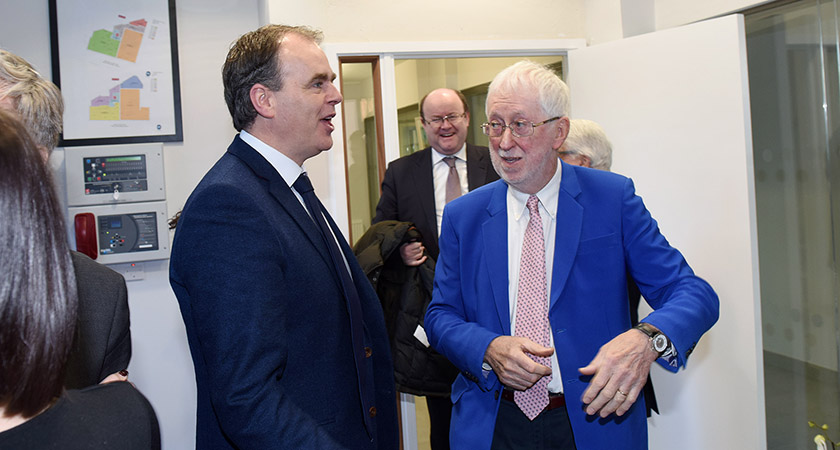 “I don’t know whether it was the 100th anniversary of the events of 1916 that triggered that, but it’s not just happening in Britain but in America, Australia and beyond.

“It’s important to acknowledge the people that are driving that forward, and certainly the people here in Hammersmith are key to that,” he added.

The new centre, which will have 24 flats above it, will also include a 180-seater performance space, three multi-purpose rooms and a bar.

Before its official opening this summer, the building’s interior will be refurbished to make it suitable for the many services the ICC offer to the Irish community - including a library, music lessons, theatre and dance.

One installation already on display was the sculpture Unlocked by London Irish artist Jonathan O’Dea, a 3D art piece made using keys and wood taken from the old building. 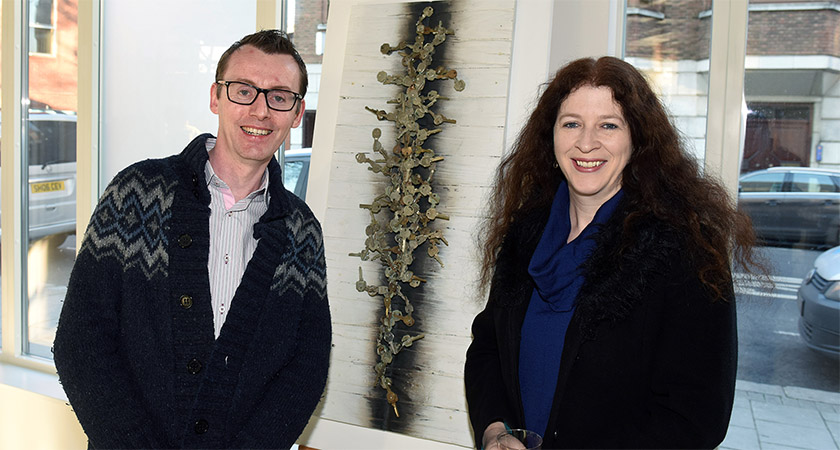 Each key unlocked doors, cabinets, storage spaces, lockers and filing cabinets in the old building, and are now fittingly symbolic of the Irish Cultural Centre’s revival.

Despite the difficult nature of the last few years, the ICC has continued to run events and programmes for the Irish community elsewhere in west London.

ICC services encompass everything from language and music classes to theatre events, gigs, conferences and gatherings for the elderly.

The new building's official opening will take place this summer in June.

Here's a clip from earlier today...