THE DÁIL will be recalledat least one week earlier than planned as the Government prepares to deal with any issues arising from schools reopening.

Ministers and TDs have been absent from the Dáil chambers since 31 July for the annual six-week summer recess, and were not expected to return until 15 September.

But in a rare move, and following pressure from the public and opposition parties, Taoiseach Micheál Martin confirmed the Dáil would be recalled early, citing any issues which may arise from the reopening of schools next week.

However, there had been calls to recall the Dáil-- or delay the recess entirely-- by opposition parties as early as July, and the decision by the Government to return to the chambers early comes following severe public backlash following the 'golfgate' controversy. 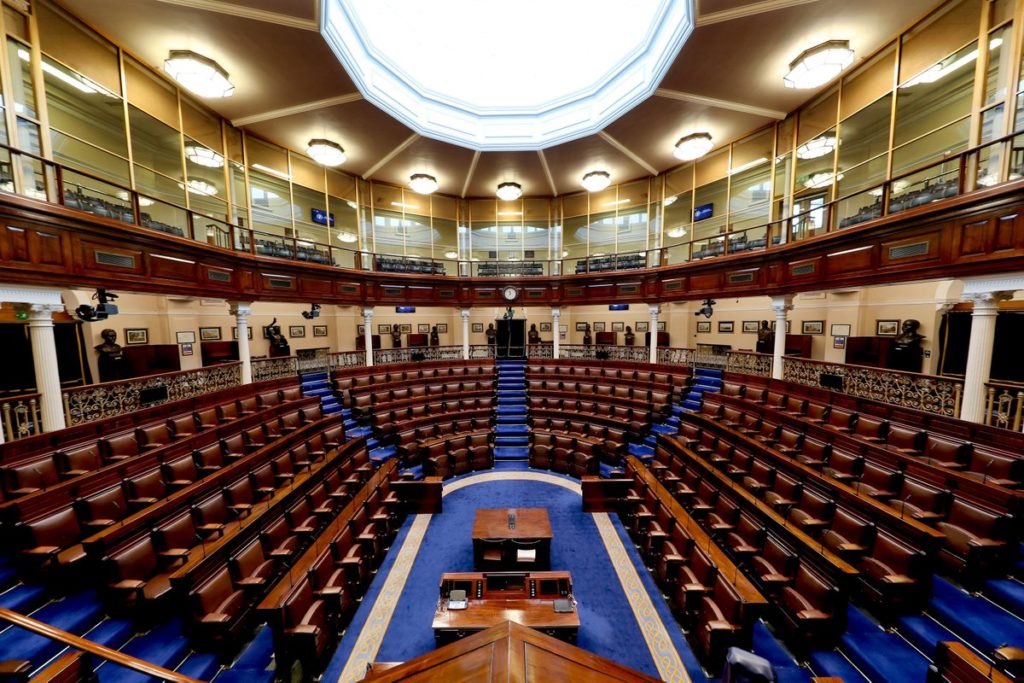 The Dáil will now return earlier than the planned 15 September.

Sinn Féin leader Mary Lou McDonald said on Friday, in the wake of the Oireachtas golf dinner scandal, that the Taoiseach had refused her request to recall the Dáil.

"He is wrong," Ms McDonald said.

"The government is increasingly chaotic, confused, with no direction. They must be held to account."

But in a statement issued in the early hours of yesterday morning, the Government confirmed the Dáil would be recalled, writing:

"The Taoiseach, Tánaiste, and Minister Eamon Ryan have agreed that the Dáil should be recalled following the reopening of schools.

"The Taoiseach will make this request to the Ceann Comhairle on Monday.”

Some schools are set to reopen at the end of this week, meaning the Dáil recess will end at least a week early, but opposition parties are calling for an earlier return.

Labour party leader Alan Kelly said the Dáil should reconvene tomorrow, 25 August, arguing that announcing a recall "that won't happen for over a week sums up the chaos at the heart of this government".