COMEDIAN DARA Ó Briain is putting his culinary skills to the test in the name of charity with a virtual cookalong featuring a host of Irish celebrity guests.

The Mock The Week host will be joined by Irish chef Richard Corrigan for the special fundraising event, which has been put together in aid of the Irish Youth Foundation.

Ó Briain will be joined by an impressive array of Irish celebrity guests including Ronan Keating, Laura Whitmore and Line of Duty star Adrian Dunbar.

The cookalong takes the place of the charity’s annual fundraiser and has been put together to help raise awareness of the charity’s incredible work while also raising essential funds to ensure it continues.

First established in 1989, the Irish Youth Foundation is the only charity in the UK set up to specifically help disadvantaged young Irish people and their families.

It’s a foundation close to the hearts of both Ó Briain and Corrigan, who are both Patrons of the charity.

Ahead of the big event, all recipes featured will be available via the Irish Youth Foundation website prior to the event to encourage viewers to join in.  Click here for all the details.

Jameson ambassador Ronan Collins will also showcase a selection of serves to try at home.

Along with special guests, the night will also see a range of exciting auction prizes including a chance for Corrigan to cook a three-course menu at your home and a week’s stay at the luxurious Ritz-Carlton Abama Resort in Tenerife.

To join the Christmas cookalong click here on Monday 30 November at 7.25pm. 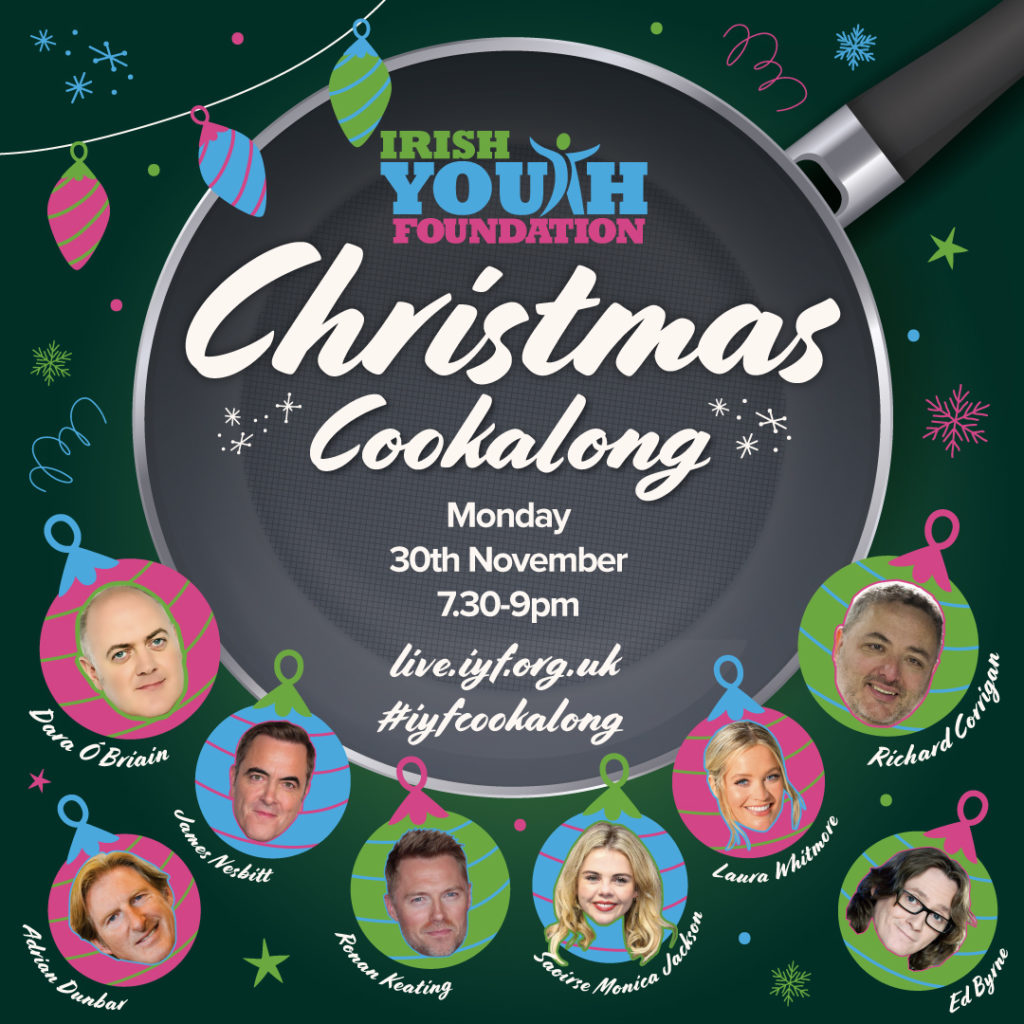 To date, the Irish Youth Foundation has awarded over £5.5 million to help improve the lives and opportunities of young people of Irish heritage in the UK

Grants are awarded annually to a wide range of welfare organisations and community groups working with disadvantaged young people of Irish heritage and their families in Britain and Northern Ireland and to Irish students at colleges and universities in the UK.

As the foundation is almost entirely voluntary, the funds raised go directly to where they are most needed.