TRIBUTES have been paid to Northern Irish celebrity chef Darren Simpson following his death in Australia. 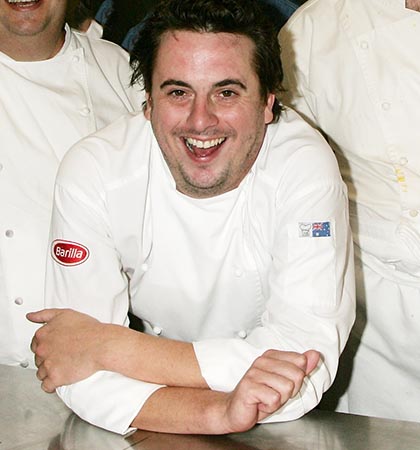 Darren Simpson started his career in Belfast, and was the youngest ever chef to be named Britain's Young Chef of the Year. (Picture: Patrick Riviere/Getty Images)

The father-of-two passed away on June 22 of an alcohol-related illness near his home in Byron Bay, New South Wales, Australia's 7 Sunrise News have said.

Mr Simpson was a prolific chef, rising quickly through the ranks after he was the youngest chef to be named as Britain's Young Chef of the Year at the age of 21.

From there, he trained at some of the most acclaimed restaurants in the world.

In 1999, he was headhunted to become the Head Chef of Aqua Luna Bar and Restaurant at Sydney’s East Circular Quay, receiving rave reviews for his “dynamic” and “big-flavoured” menus.

Most recently he featured on Lifestyle FOOD channel’s The Best where he competed against fellow chef, Ben O’Donoghue and cook Anna Gare.

He opened the award-winning La Sala (The Room), a modern Italian restaurant, in Woollahra in 2005.

Celebrity friends and fellow chefs have paid tribute to the Northern Irishman who they described as a 'generous soul.'

So sad the hear the news the chef Darren Simpson has died.. too young and one of the best chefs.Thinking of his family xx

R.I.P Darren Simpson you will be missed chef loved working with you.

Such sad news to hear of my former colleague Darren Simpson passing away today. RIP Dazza.

Saddened to hear the news of Darren Simpson’s passing – he was a generous soul who will be sorely missed.

The world has lost another brilliant mind!!!!

Sorry for those of you who maybe seeing or hearing this now.... ?