YOU can see it from the supermarket car park now. I don’t know whether that has been done deliberately in order to extend some further public humiliation or whether it is simply because the supermarket owner owns the property, has a lot of pull and needed to let the space.

Let’s be honest, this is Ireland, this is how things work.

Whatever the case, you can go down to do your weekly shopping and see the queue coming out of the door. It is the new unemployment office and there they are.

Grey-haired, youths in hoodies, middle-aged men and women, the victims of recession, of economic collapse, of the corruption and greed that preceded these days. Those who say it’s all over, well, like those who said it would never happen; they live in a different world, a world where the truth is secondary to the lie.

Let’s not forget that the Tanaiste, Eamon Gilmore, accused Brian Cowen of ‘economic treason’ at the height of the collapse and the bailout of Anglo and then went and carried out the same policy when he was in power, so that what was ‘economic treason’ one year was not a few years later.

But there they are in the queue, snaking through the car park. A visible and unchanging truth.

Whether we are coming out of recession or not is a matter for the economic scientists and, as we have seen these last few years, economics is as much a science as fairy forts, banshees, and the crock of gold at the end of a rainbow. Though I, for one, have more faith in the rainbow.

What is at risk though, and I suspect we will see this ratcheted up in the next few years, is the truth of what happened here during the recession. 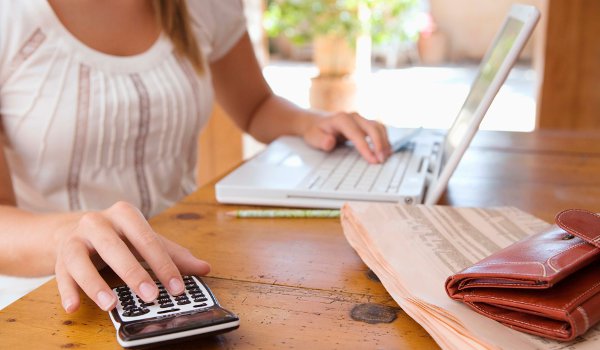 When the next general election begins to loom, sometime in the next 18 months or so, the new narrative will be that of sustained recovery. There will be little admittance of what has actually happened here. The recession will be consigned to a collective amnesia. There will be a host of voices in the media and in political parties reassuring us that it wasn’t that bad after all.

So, before they start, was it? Was it that bad?

Well, quite fittingly, this is Ireland after all, the recession was uneven. Some, those who had the most to begin with, didn’t really feel the recession at all. For them life went on pretty much as normal.

Maybe a holiday or two less, maybe less domestic help in the form of the cleaner and the nanny. Maybe a delay on the new car for a year or two. Maybe fewer shopping trips to New York. But it was more or less life as normal and one thing for certain will remain unchanged, they will come out of the recession with exactly the same values they had when they went into it.

That’s not, of course, the whole story. For all of those who have gone through austerity relatively unscathed there are those who have lost jobs and houses and those facing a life of debt in a property worth a fraction of what they paid for it.

There are also those who have emigrated, who find themselves in another country leading another life, and maybe they wake up and think, just as Michael Noonan imagines, ‘isn’t this a great adventure, this lifestyle choice I have made?’; ‘Isn’t this emigration lark great craic altogether?’ Or maybe they wake up and look around the country they are in, Britain, the States, Australia, or Canada, and think: ‘what the hell am I doing here?’

So how has this recession been for me? In all honesty, it hasn’t been too bad. I’ve been lucky.

Wages have fallen away, for sure, and there is little room for complacency at the end of every month, but I’ve hung on to a job and the family have managed to come through relatively unscathed. I might be only a missing wage slip away from economic chaos, but that’s the lot of a lot of people in the Republic of Ireland.

But whether still in work or forced to emigrate, it’s all down to one thing. It’s down to luck.

It’s down to the lottery of an insanely unfair economic system and Ireland is by any measure a more unfair society than most. That line is still there in the car park and this recession isn’t over. But even when it is, let’s be careful about those we listen to when they tell us what it was like.