DONALD TRUMP has accused Joe Biden of making the world a more "violent and unstable" place in the wake of the conflict in Israel and Palestine.

Trump labelled Biden "weak" for failing to adequately support Israel and suggested he would have handled things a lot differently.

In a statement, the former president said: "When I was in office, we were known as the Peace Presidency, because Israel's adversaries knew that the United States stood strongly with Israel and there would be swift retribution if Israel was attacked.

"Under Biden, the world is getting more violent and more unstable because Biden's weakness and lack of support for Israel is leading to new attacks on our allies. 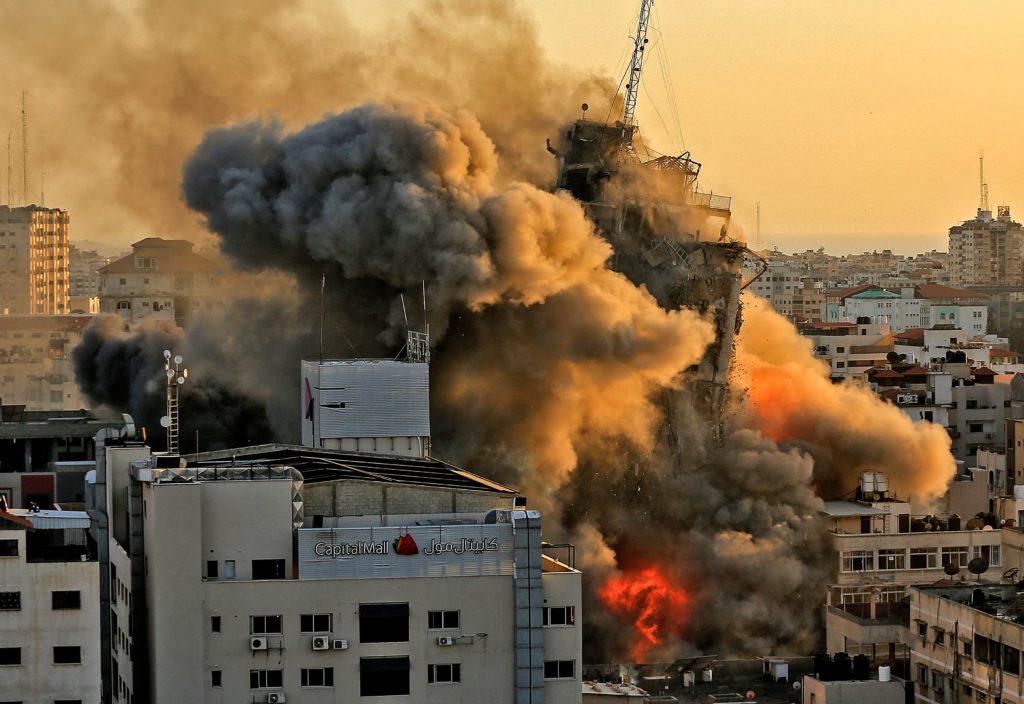 Heavy smoke and fire rise from Al-Sharouk tower as it collapses after being hit by an Israeli air strike, in Gaza City on May 12, 2021. - An Israeli air strike destroyed a multi-storey building in Gaza City today, AFP reporters said, as the Jewish state continued its heavy bombardment of the Palestinian enclave. (Photo by QUSAY DAWUD / AFP) (Photo by QUSAY DAWUD/AFP via Getty Images)

Biden has failed to comment on the violence so far, but White House press secretary Jen Psaki said that he'd been briefed on the situation and that US officials had been in communication with Israeli leaders.

On Tuesday, more than 80 rockets were fired at Tel Aviv and surrounding Israeli towns from the Gaza Strip. Many were intercepted by Israeli defence systems, but some broke through and destroyed dozens of homes, killing at least two women.

Hamas, the militant organisation who have taken de facto control of the Gaza Strip, said it fired the rockets in response to an Israeli airstrike that had flattened a tower block earlier in the day.

Tensions began when Israeli forces raided the Al-Asaq mosque in the wake of Palestinian protests over planned Sheikh Jarrah evictions in the summer.

Hundreds of protesters were injured by the Israeli military, which then led to Hamas firing rockets at Jerusalem on Monday. Israel carried out airstrikes on the same day, which killed around 20 Palestinians, including nine children.

The United Nations has now warned that the two states are on the brink of war.