He says the platform has be created to "stand up to the tyranny of big tech", accusing them of silencing opposing voices in the US.

"I created Truth Social and [parent company] TMTG (Trump Media & Technology Group) to stand up to the tyranny of big tech," the former president said.

"We live in a world where the Taliban has a huge presence on Twitter, yet your favourite president has been silenced. This is unacceptable.

"I am excited to send out my first Truth on Truth social very soon," he said.

"TMTG was founded with a mission to give a voice to all. I'm excited to soon begin sharing my thoughts on Truth social and to fight back against big tech.

Everyone asks my why doesn't someone stand up to big tech? Well, we will be soon!"

Truth Social has no official launch date as of yet but is currently available for pre-order on the Apple App Store.

It's expected to be rolled out during the first quarter of 2022, pending confirmation. 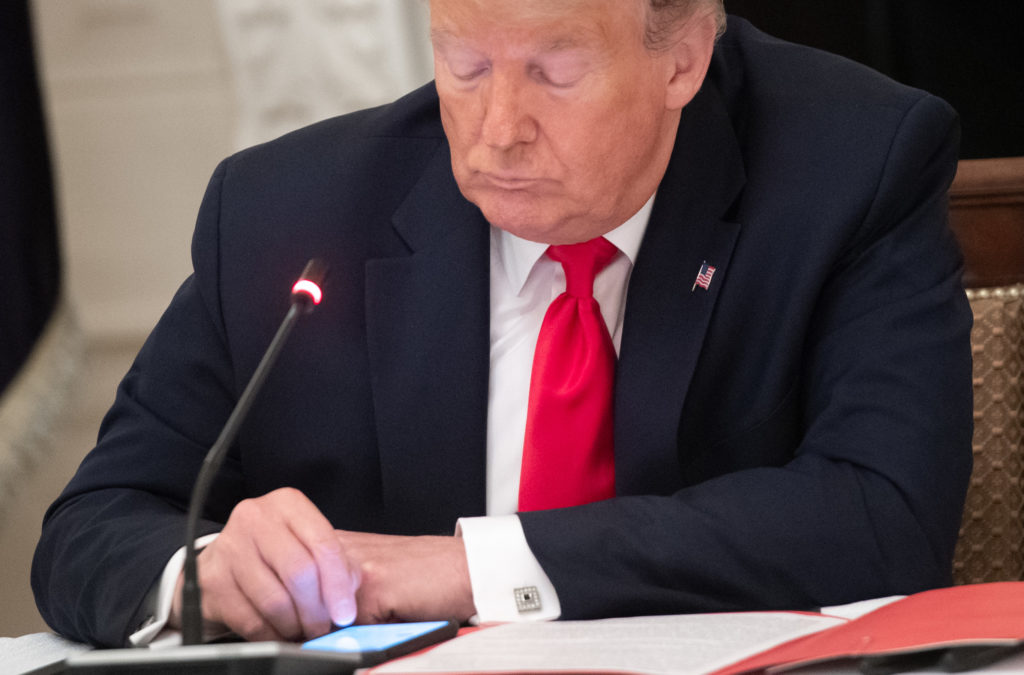 Trump was infamously banned from Facebook, Twitter, Instagram and YouTube in January 2020 in response to the Capitol Hill riot where a number of his supporters stormed the Capitol building in Washington DC in an attempt to prevent Congress from certifying Joe Biden's presidential election victory two months prior.

Five people were killed during the riot, including one police officer.

Social media played a vital part of Trump's presidency, and the platforms were put under immense pressure to ban him in the wake of his election defeat last year.

While some applauded the decision to blacklist him from social media, critics argued that it was reprehensible for unelected private company's to have authority over what the leader of the free world can and cannot say.

Prior to his multiple bans, Twitter and Facebook began deleting a number of Trump's posts, and labelling others as 'misleading', particularly ones regarding baseless claims about electoral fraud and misinformation about Covid-19.