DONALD TRUMP has vowed he will never give up in the fight to overturn the result of last month's presidential election.

During a campaign event in Georgia, his first rally since the vote on November 3, Trump continued to claim victory, and make accusations of electoral fraud.

During the rally, fans of the outgoing president chanted "fight for Trump" and "stop the steal", while Trump himself said a victory in Georgia would be "revenge" for what happened on November 3.

"Our fight to drain the Washington swamp and reclaim America's destiny has just begun," he said.

Georgia is one of a number of states where Trump, together with his legal team, is looking to officially challenge the result. 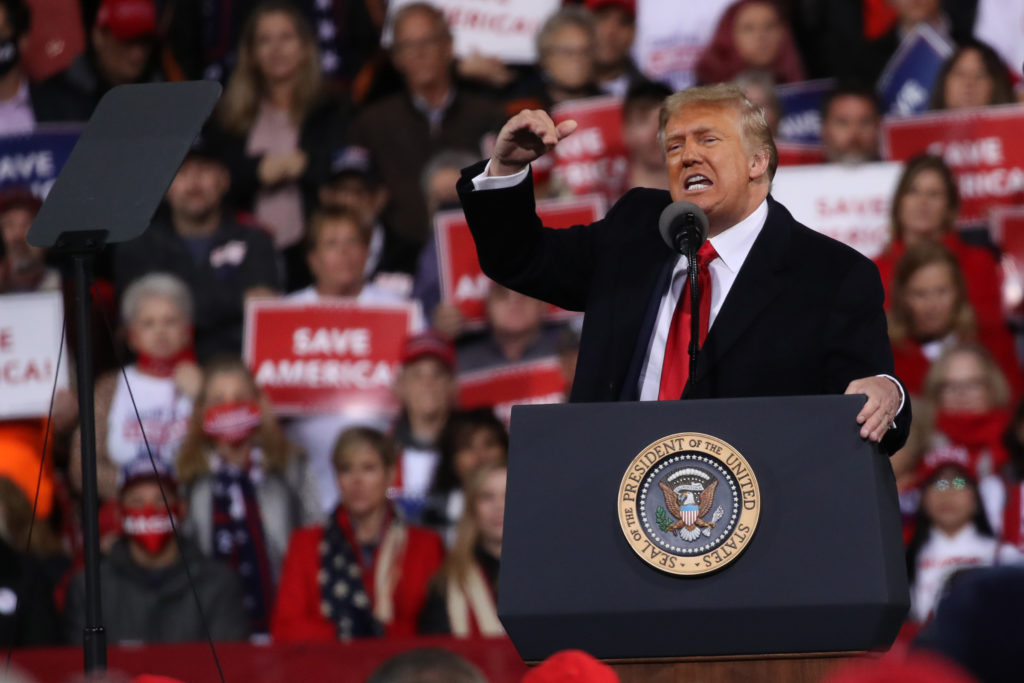 Joe Biden won Georgia by 12,000 votes in a narrow victory, but even Republican officials there are now refusing to back Trump's baseless claims of cheating.

Before the rally in Valdosta, Trump reportedly phoned Brian Kemp, the Republican governor of Georgia, asking him to call a special session of the state legislature, which have the result revised.

Geoff Duncan, the lieutenant governor, insisted however that Mr Kemp would "absolutely" not be calling a special session, adding: "We certainly will not move the goalposts at this point in the election."

Mr Duncan went on to stress that the president "did not win the state of Georgia" and that the "mountains of misinformation" at his campaign rally was "not helping".

He added that Trump was damaging the changes of a Republican victory in the next Senate race by "fanning the flames" with his baseless accusations.

"You know we've won Georgia, just so you understand," Trump said during the rally.

"If I lost, I'd be a very gracious loser ... but you can't accept when they steal and rig and rob."